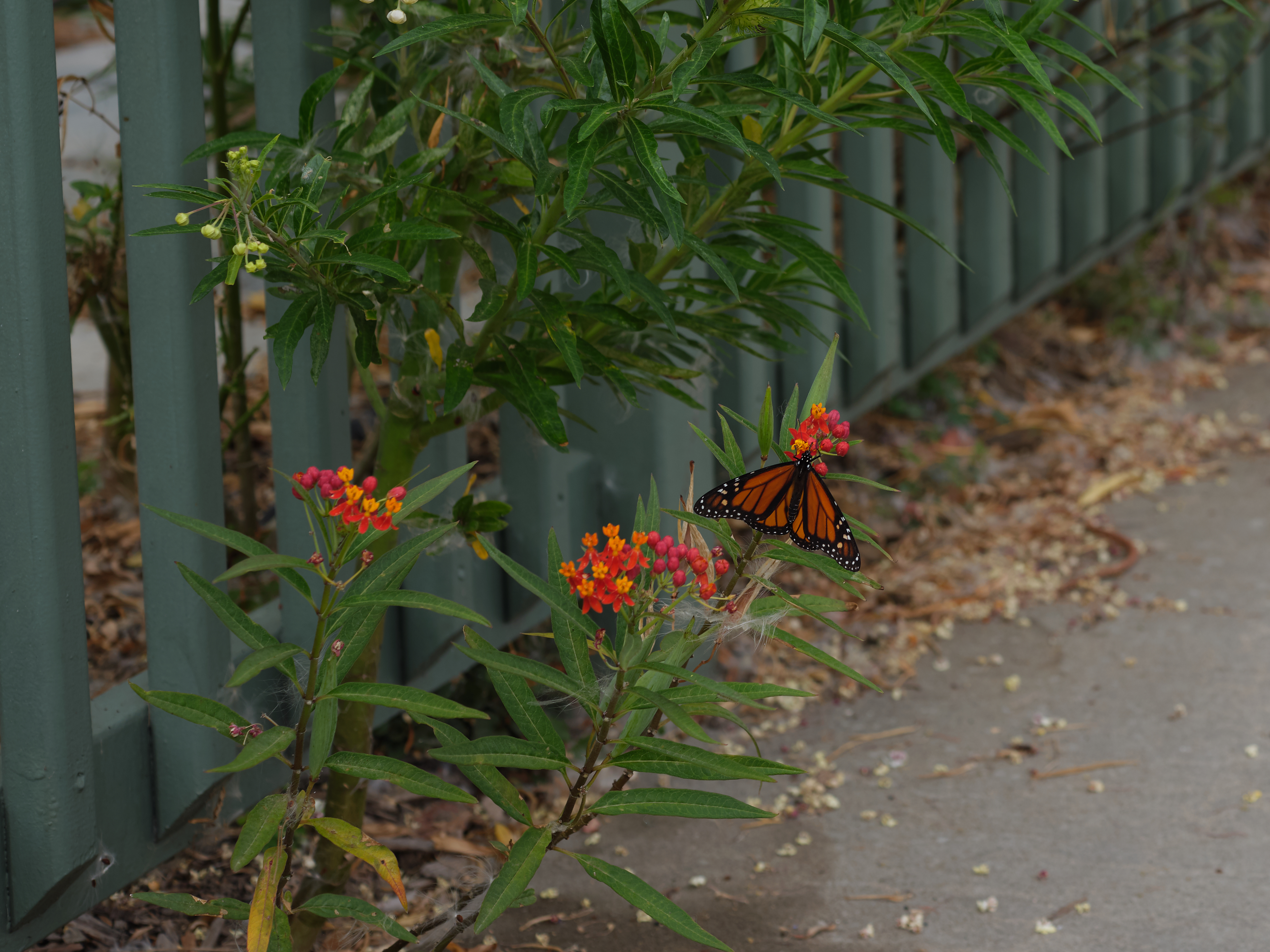 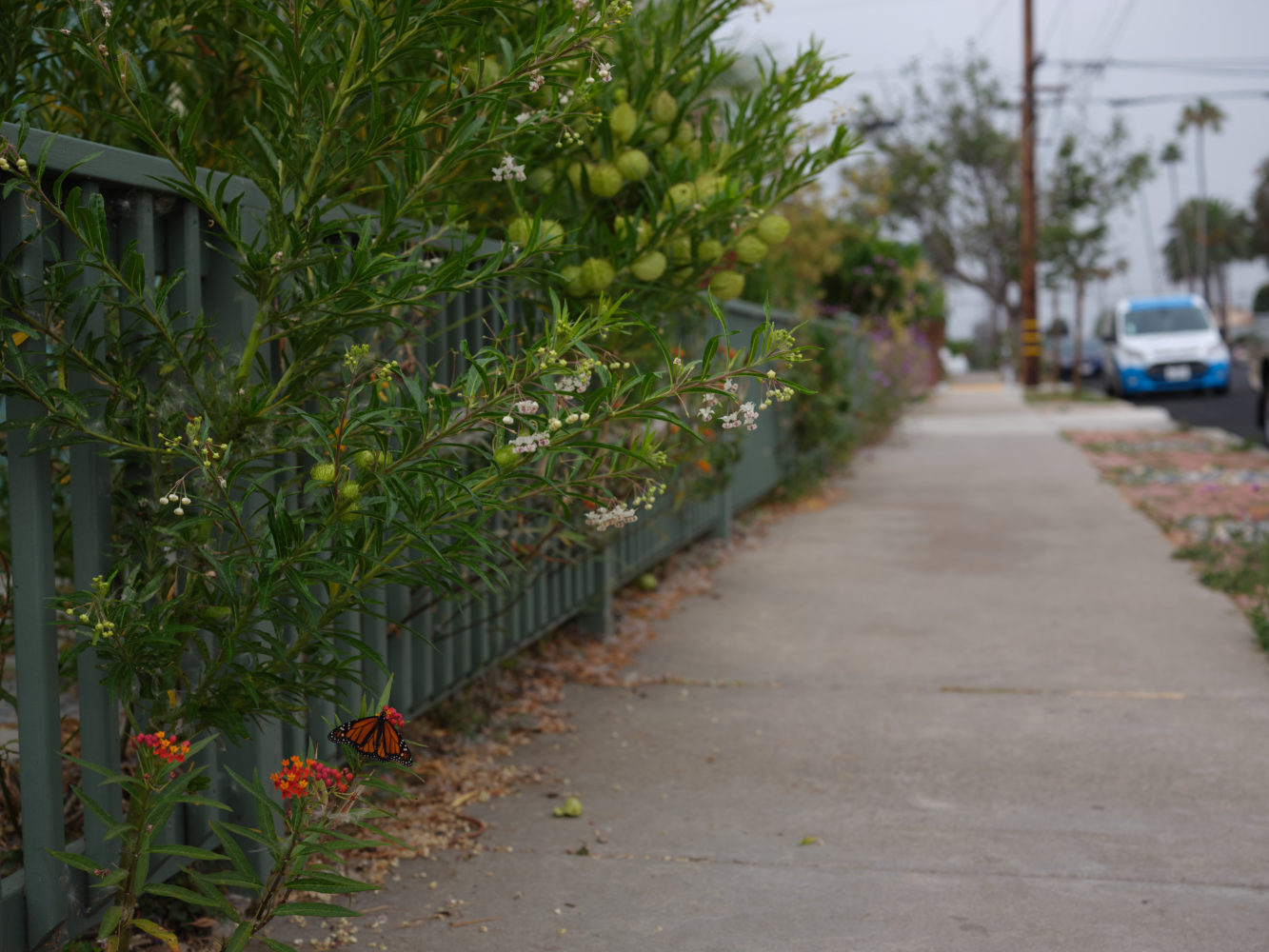 Both photos are from a trio taken on July 29, 2019. The first creates the illusion of a photographer fairly close to the insect, and the impression increases when the portrait is viewed large (please click through and see for yourself). The second shatters the illusion, presenting the full moment, which is composed as shot—and not otherwise altered. Vitals, aperture manually set: f/5.6, ISO 100, 1/220 sec, 63mm; 9:28 a.m. PDT. The other is same, except for 1/280 sec. 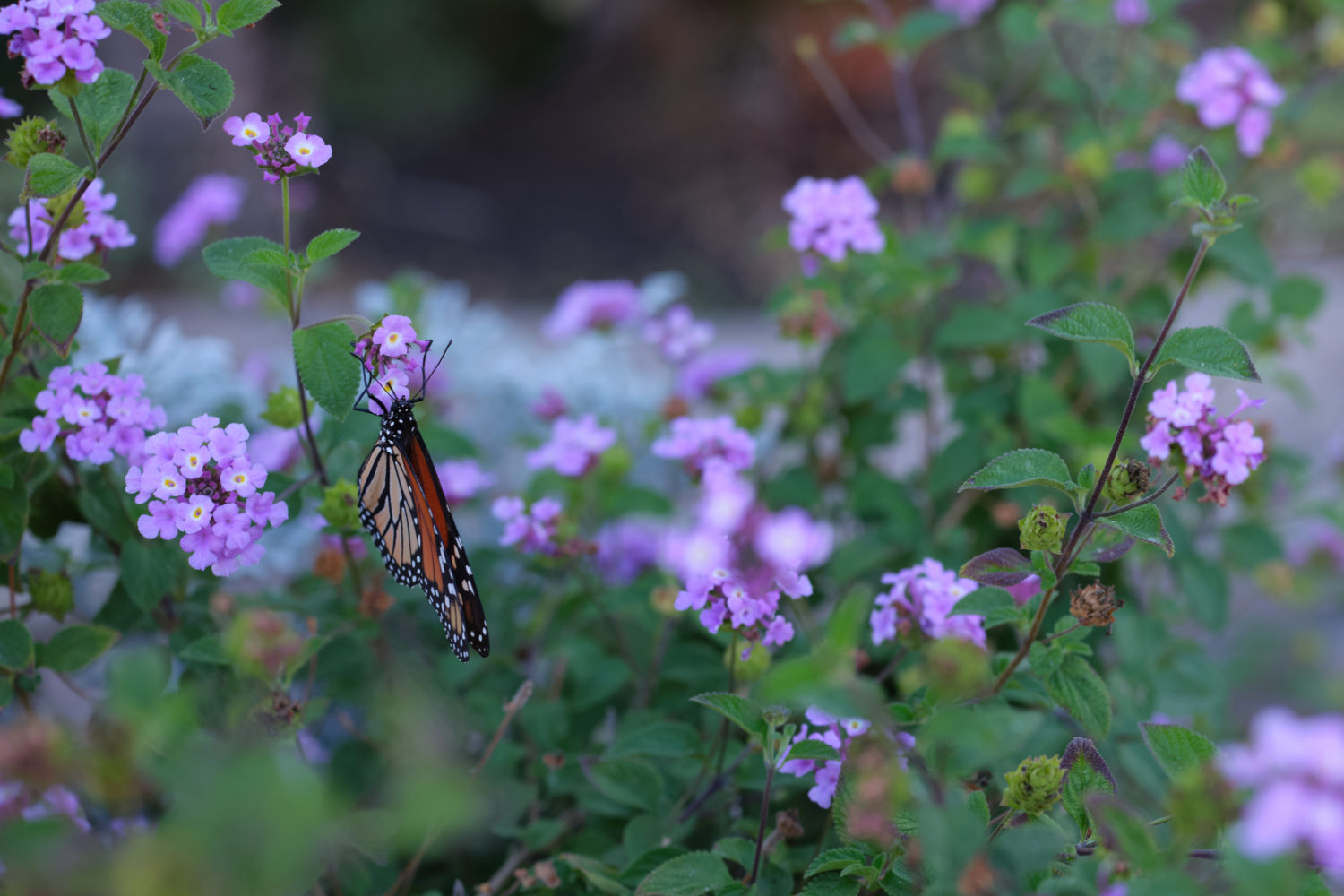 I snapped numbers three and four late yesterday afternoon. Depth of field is considerably less, with the third putting slightly more emphasis on the head and the last one on the wings. Both are crops. Vitals for the pair, aperture again manually set: f/4, ISO 250, 1/125 sec, 63mm; 5:32 p.m. 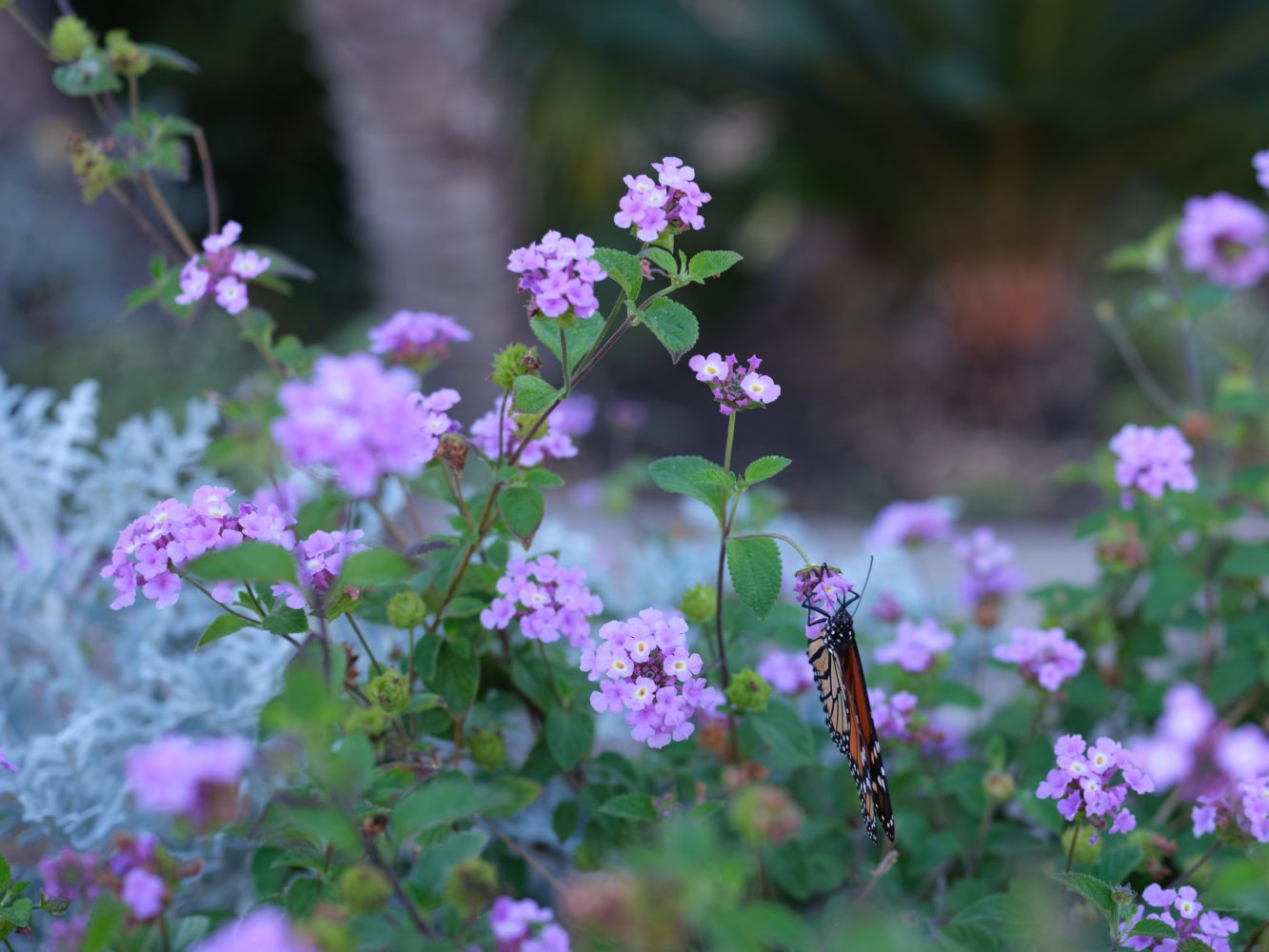 In the spirit of showing off what the GFX 50R can do, I didn’t enhance or edit the set, other than cropping those pics already identified.