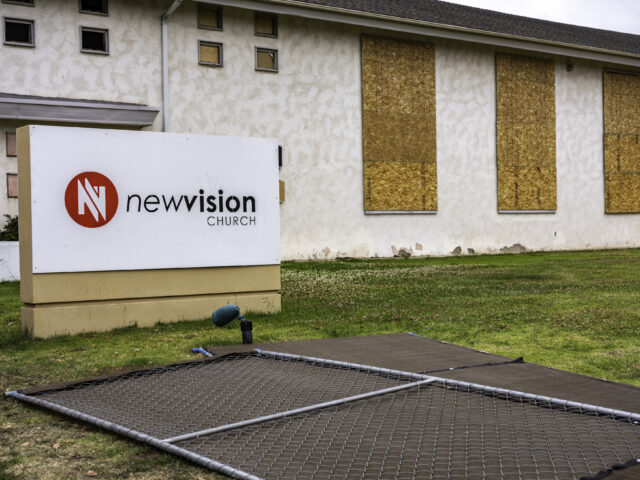 New Vision Christian Fellowship closed its University Heights building in May 2019, long after selling the property to a developer for as much as $34 million (I couldn’t confirm the amount). If my observation of apparent sparse attendance—except for free food days—indicates anything, the church hadn’t thrived for some time in the location. Proceeds from the sale created opportunity for relocation (Orange Avenue in City Heights) and funds to expand evangelical work.

But the departure nevertheless left a hole in the heart of the San Diego neighborhood, which would be filled with a towering edifice currently under construction. A modest religious institution will be replaced by a towering cathedral for materialistic worshippers. 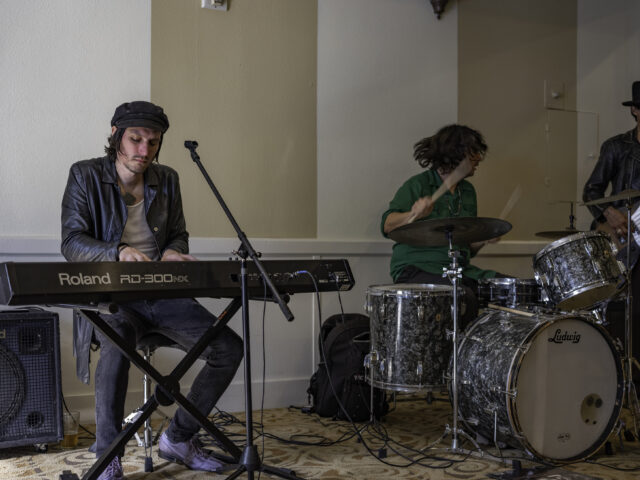 I absolutely have no idea who these guys are. On March 3, 2019, I came upon a parade along The Boulevard in San Diego neighborhood University Heights that ended at the iconic Lafayette Hotel, where festivities continued, including this performance. 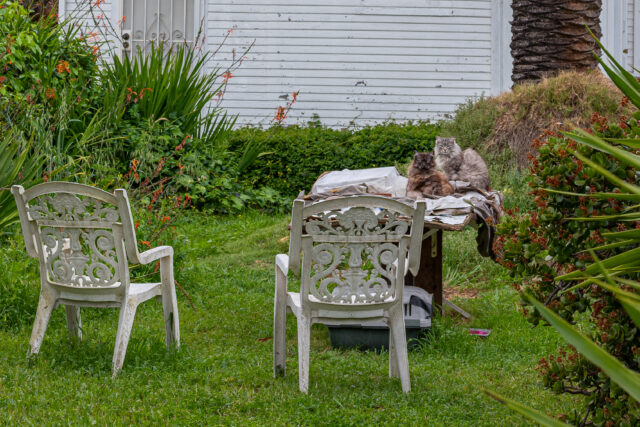 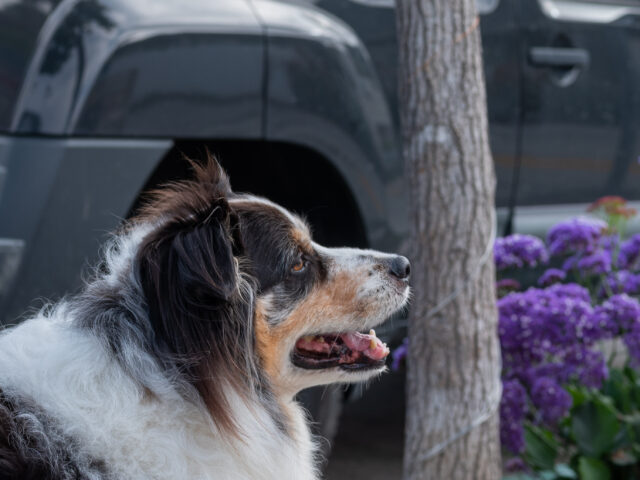 Few days ago, Fujifilm unveiled the long-rumored GFX-100S—a 102-megapixel medium-format sensor shooter. I almost regret going back to Leica (Q2 and Q2 Monochrom), after letting go the GFX-50R in late-November 2019. Soon after, I purchased and returned the Sigma fp before buying the Q2. I love Fuji cameras, and the 50R surely satisfied. Problem: The impressive physical size intimidated animals and people, which was my primary reason for selling the thang.

The 100S reminds of what I gave up, with respect to image quality and dynamic range—both stellar benefits of the medium-format behemoth(s). So-o-o, this afternoon, I started reviewing some of my 50R RAW originals and happened upon a pooch portrait that silly me forgot to share with you. 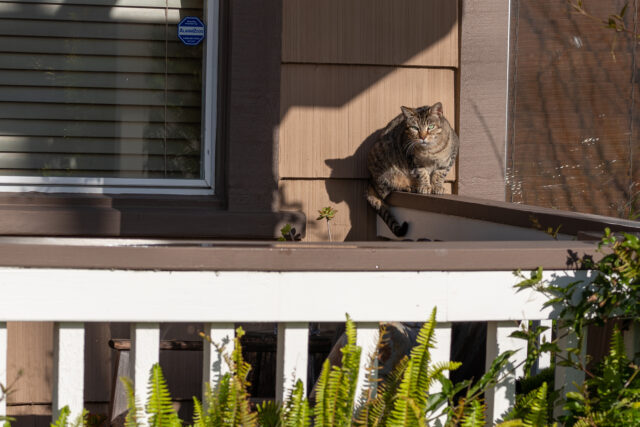 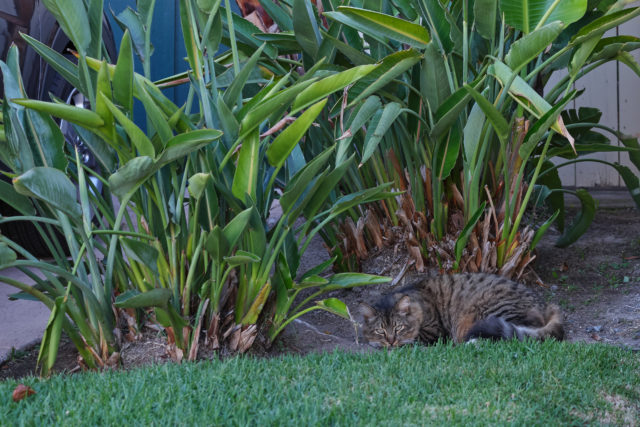 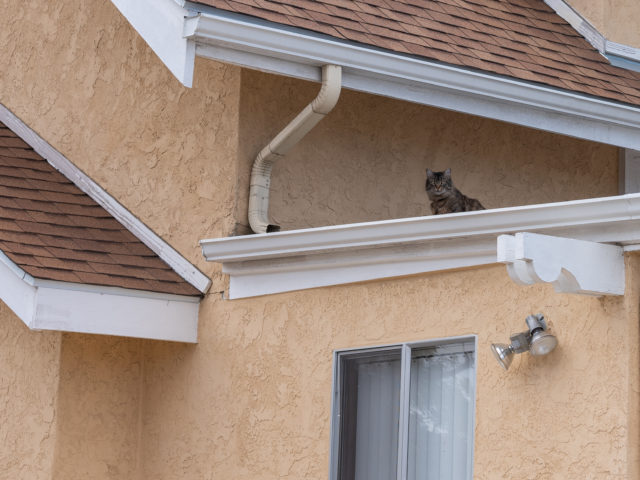 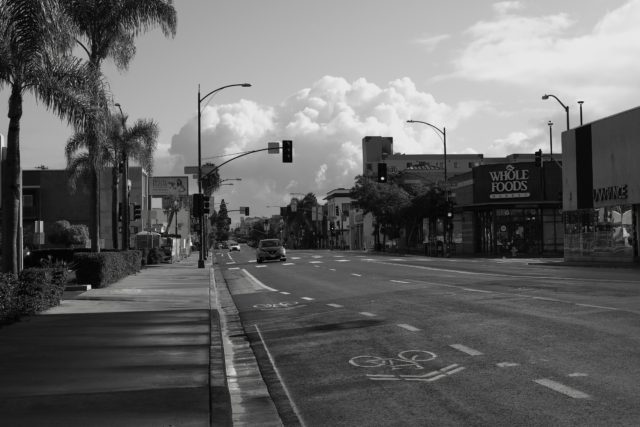 I am not exactly loving Sigma fp with 45mm F2.8 DG DN | C kit lens. Steve Huff’s glowing hands-on review compelled me to buy the diminutive full-frame shooter and sell overly-large Fujifilm GFX 50R. The compact camera checked off many of the benefits I sought in replacing the Fuji medium-format beast—or so seemed the case based on his reactions, and a few other early adopters.

Steve’s January 2010 Leica X1 review inspired me to purchase that camera, too. Much as the image quality and manual controls appealed, the X1 didn’t work well for me, and I sold it six months later. In retrospect, I should have remembered mainly why: Backside LCD as primary means for framing and focusing subjects. I much prefer, really require, an integrated optical or digital viewfinder. In the bright San Diego sunlight, handling Sigma fp, I struggle to compose photos, like Leica X1. Manual dials are gone, as well, and they are greatly longed for. 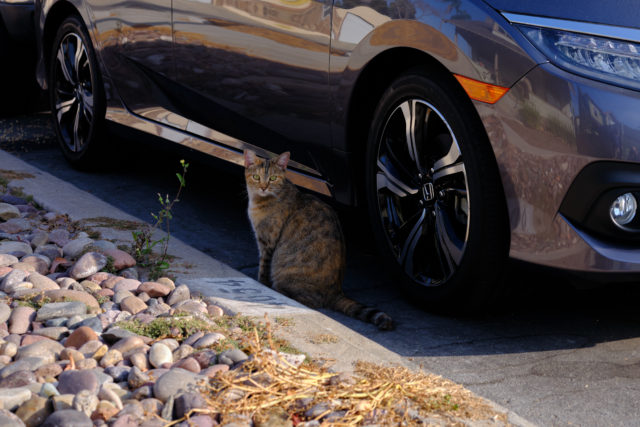 I first observed this beauty sometime in late February or early March 2019—and a fair number of times since but more frequently during the past month, when being accustomed to my presence she started approaching for pats as I walked by. On November 6, I carried along Fujifilm GFX 50R and Fujinon GF63mmF2.8 R WR lens, which I sold nine days ago. Vitals for the Featured Image, aperture manually set: f/5.6, ISO 100, 1/160 sec, 63mm; 8:40 a.m. PST.

Because she sits before a building’s street number, I won’t identify the street—for her safety and privacy of whomever the owner might be—other than that she lives somewhere on the West side of Park Blvd. (That’s a sizable number of possible apartments or homes. Don’t bother being a sleuth.) The frisky feline earns nickname Savvy for apparently being—and let’s hope that she is—street smart. 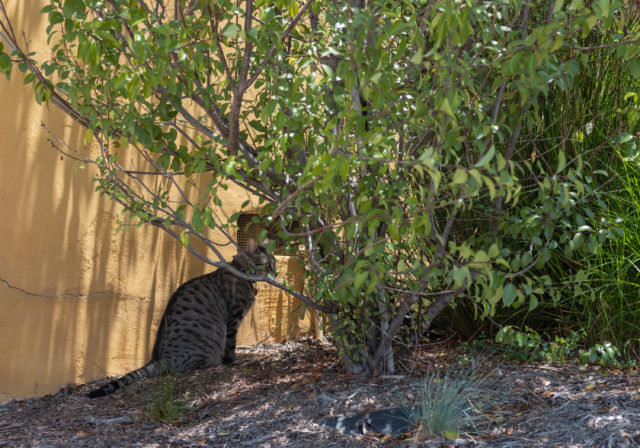 I can’t recall exactly where in the neighborhood lives this tabby. Maybe Madison, approaching The Point, but there is no record, which typically would be a phone photo to GPS-identify location. There isn’t one. The feisty, focused feline moved along too quickly pursuing something. Many months later, my memory fades. I do recall passing posting a profile, in hopes of a better portrait and identification (from collar and name tag). Waiting is over. 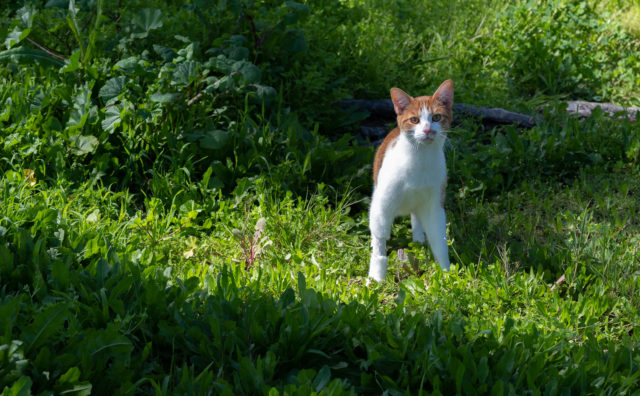 Happy Thanksgiving! Our series returns with a many months-old portrait that is outdated. The kitten is an adult now—still quite frisky, quick-footed, and playful enough that I can’t capture a moment better than this one. So here we are, near the end of November, presenting a Featured Image from Feb. 25, 2019. 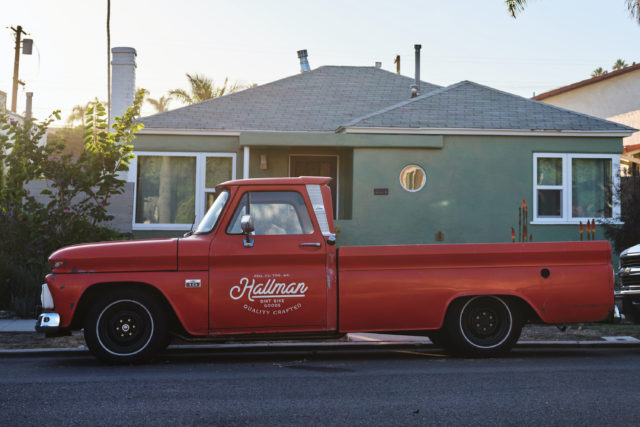 For about a week last month, I passed by this truck parked on the adjacent street from our apartment. San Diego has a 72-hour limit for staying in one location, and the day I captured the Featured Image, the city’s parking patrol had placed a pink warning notice on the windshield. Since, the vehicle is off-street outside a nearby apartment building.

Vintage vehicles are quite common in Southern California, which sunny climate extends their potential lifespans compared to states like, say, Maine or Virginia, where harsh humidity or precipitation are aging elements. Consider this other long-lifer, a Rambler remembered with kitty Nelson from my “Cats of University Heights” series in December 2017. Months later, someone placed a “for sale” sign in the rear window. In another universe, an alternate version of me bought that classic.