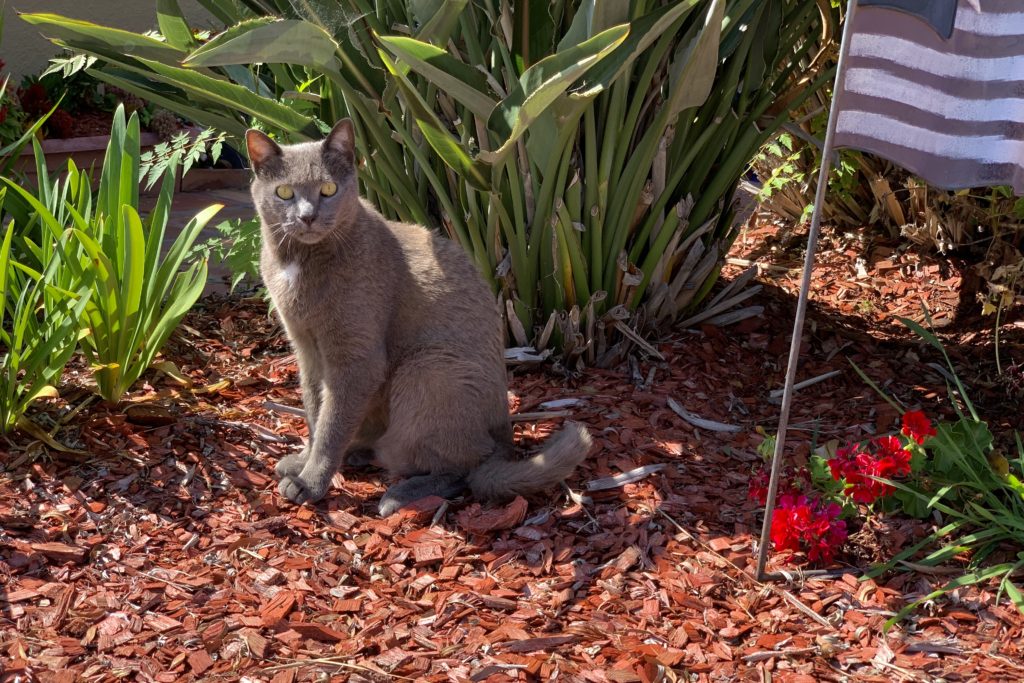 Anyone looking at this website’s recent posts, and seeing how many are devoted to the beasties, might presume that I am a feline fanatic. Nah. The “Cats of University Heights” series is about something else, and the reasons for it wouldn’t be obvious.

The story starts during late Spring 2016, when rapid onset cataracts in both eyes greatly diminished vision—just recovering, following a series of treatments for macular edema. After consulting an ophthalmologic specialist, I scheduled surgery for the first day of Comic-Con 2016. Attending Preview Night, and being unable to read any of the signs in the venue, I surrendered any regret for missing the event (turns out, I would be there Saturday and Sunday, with one good eye and my daughter as assistant).

About two weeks later, the ophthalmologist operated on my left eye. Like the right, multifocal intraocular lens replaced my native one and immensely improved my vision. I could function without wearing glasses, for the first time since grade school. But I continued using them, for reading and with slight distance prescription.

Meanwhile, macular edema subsided because of ongoing treatments. But seeing more clearly (corrected to 20-15 in the left and 20-20 in the right) wasn’t the same experience as before cataract surgery. My brain didn’t regard IOLs the same as my native lenses. Too often, I couldn’t immediately recognize objects or animals at a distance, even when seeing them sharply. There was a disconnect between sight and perception.

So, I started photographing cats and, from Oct. 17, 2016, profiling them. Four reasons:

Felines made sense because I don’t need their permission  (as would be with people) and they freely roam—unlike dogs, which must be leashed. That said, in a woof-woof walker neighborhood, I didn’t expect to find more than enough cats to fill a month of posts. Three years and 301 published profiles later, that supposition is disproven.

The whole recognition thing needs more time, methinks. But the hours spent walking—typically 7 km or more daily—and looking for furballs along the way is valuable practice that makes me more likely to comprehend unfamiliar shapes with less hesitation. Identification may not be immediate, as it would be before the surgery, but the lag lessens for things not obvious from learned behavior.

I know my neighborhood better, and the people living here. I want to believe that my amateur photographic composition is improved because of the project, which likely would never have been if not for vision lost and regained.

And that’s why cats.