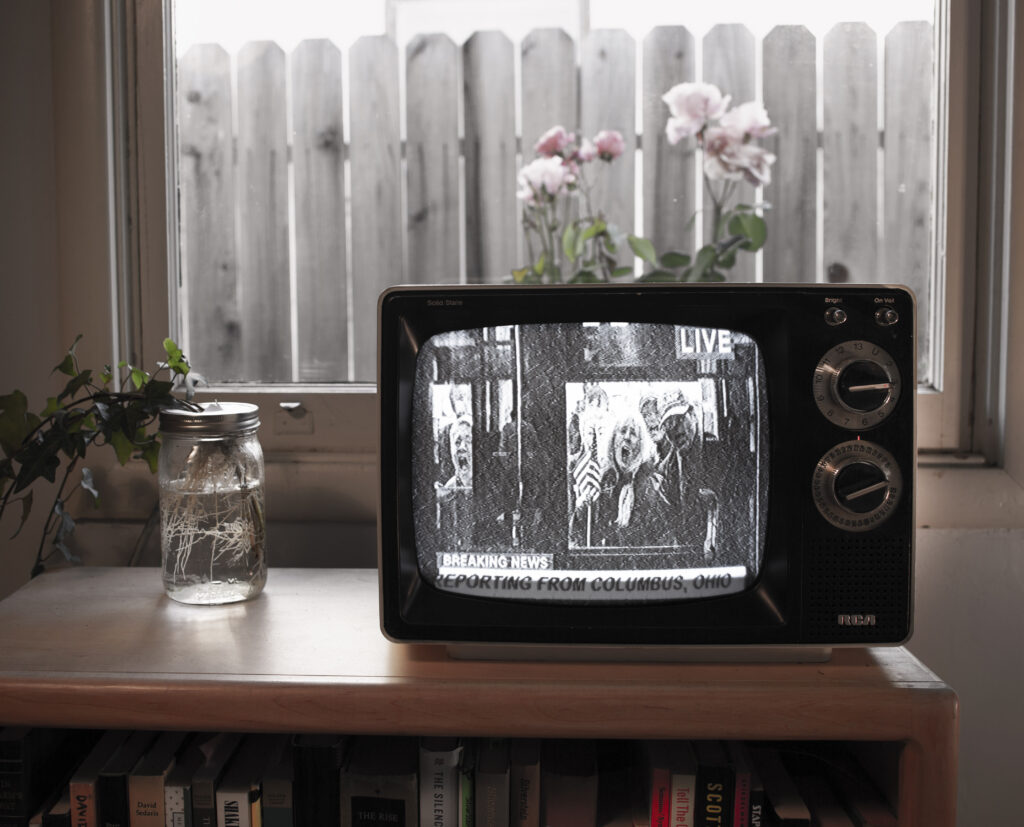 For Father’s Day, we present something sublime and classic—for timeless composition and subject: Self-titled “Zombie Movie“, by Robert Couse-Baker. The television may be analog and archaic but the camera is digital (Canon EOS 5D Mark III and EF 28mm f/2.8 IS USM lens) and the image recent (April 19, 2020). Vitals: f/4, ISO 250, 1/60 sec, 28mm.

“Took a nap and when I woke up, there was some weird zombie movie on the TV. I turned it off”, Robert explains. Say, isn’t there some cliché about dad’s falling asleep before the tellie? He joined Flickr in August 2008.