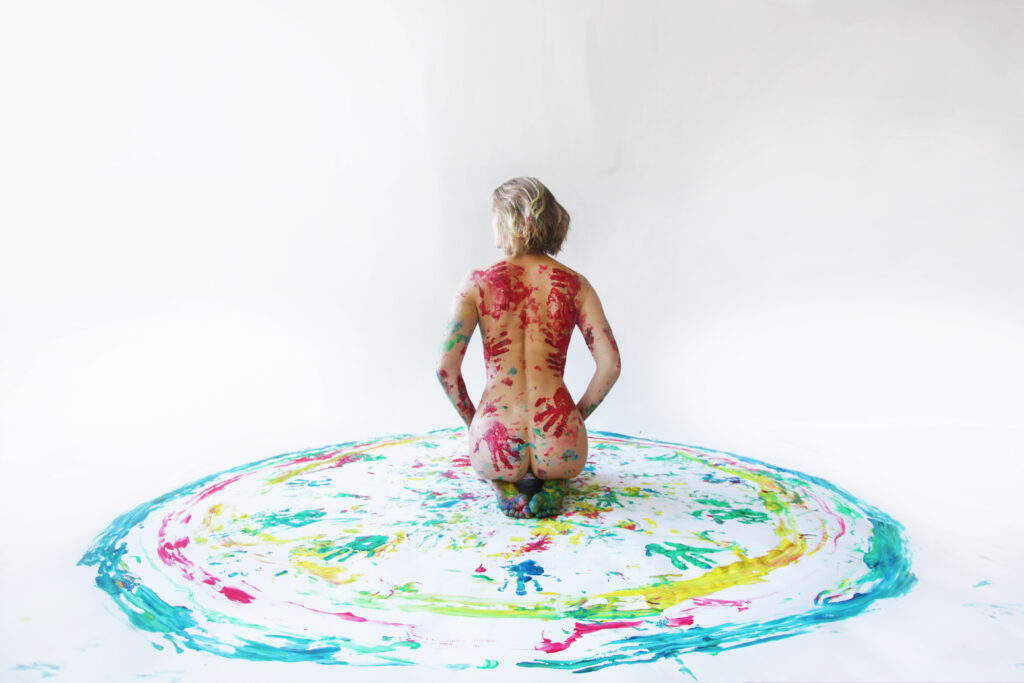 Self-titled “Full Circle” marks the return of  Risto Kuulasmaa for a second profile; his amazingly lucky and appropriately named “Photo Bomber” was “Flickr a Day 183” in my 2015 series.

Risto captured what I anticipate will be the only nude contribution before we wrap up things at the end of December. He used Canon EOS 5D Mark II and EF 17-40mm f/4L USM lens to make the moment, on May 2, 2013. Additional equipment, he explains: “430EX soft box from upper right corner” and “Hähnel Tuff TTL transmitter”. Vitals: f/4, ISO 800, 1/60 sec, 19mm.

The portrait takes the Sunday spot for color, complexity, composition, and contour (referring the subject’s shapely figure, which can also be seen in companion shot “Phantom Pain“).

Risto, who is from and lives in Helsinki, Finland, joined Flickr in September 2006. However, he rarely uploads to his Photostream, favoring Instagram (@kuulasmaa).