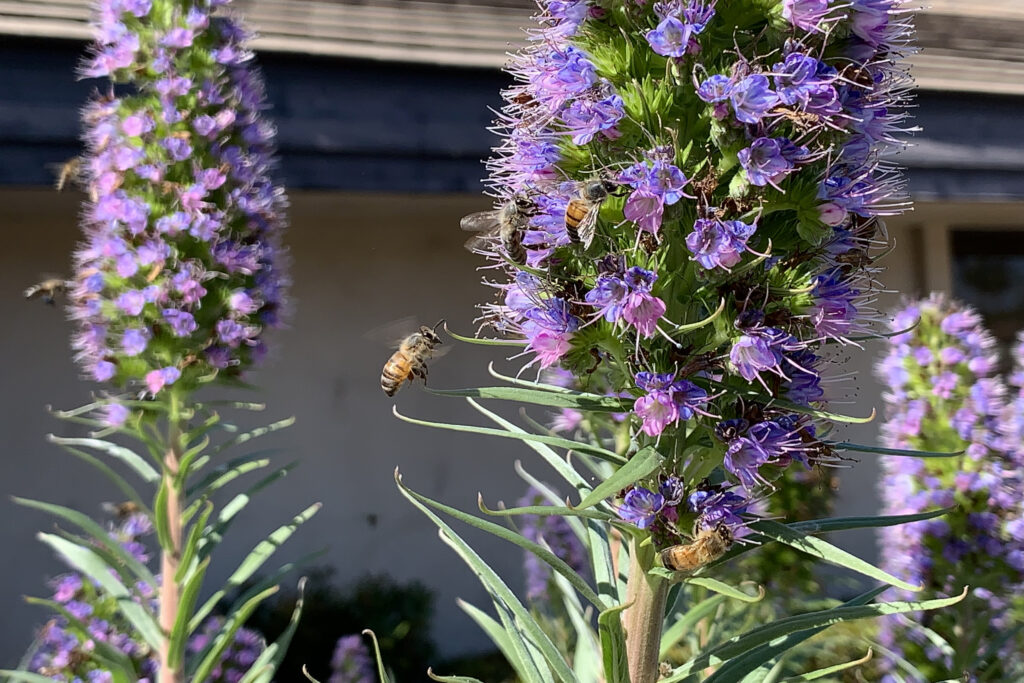 This is an odd post: Disappointing photos. Today, while waiting for my wife to fetch me from the ophthalmologist, I stopped to gawk at bees busily bouncing about flowers for nectar. Hundreds of them gathered and proved no threat to me as I closed in and captured 20 shots, using iPhone XS.

Grumble. Can the Apple cameras do no better than these, which are the best of a bad lot? I experimented with standard and Portrait modes—and all the pics look artificial at best, and not sharp enough at worst.

Let’s start with the Featured Image, which composition works because of the similar position of the flying bee in the foreground and the one in the blurred background. That’s the only quality redeeming the photo for me. Vitals: f/1.8, ISO 25, 1/1021 sec, 26mm (film equivalent); 3:07 p.m. PDT. 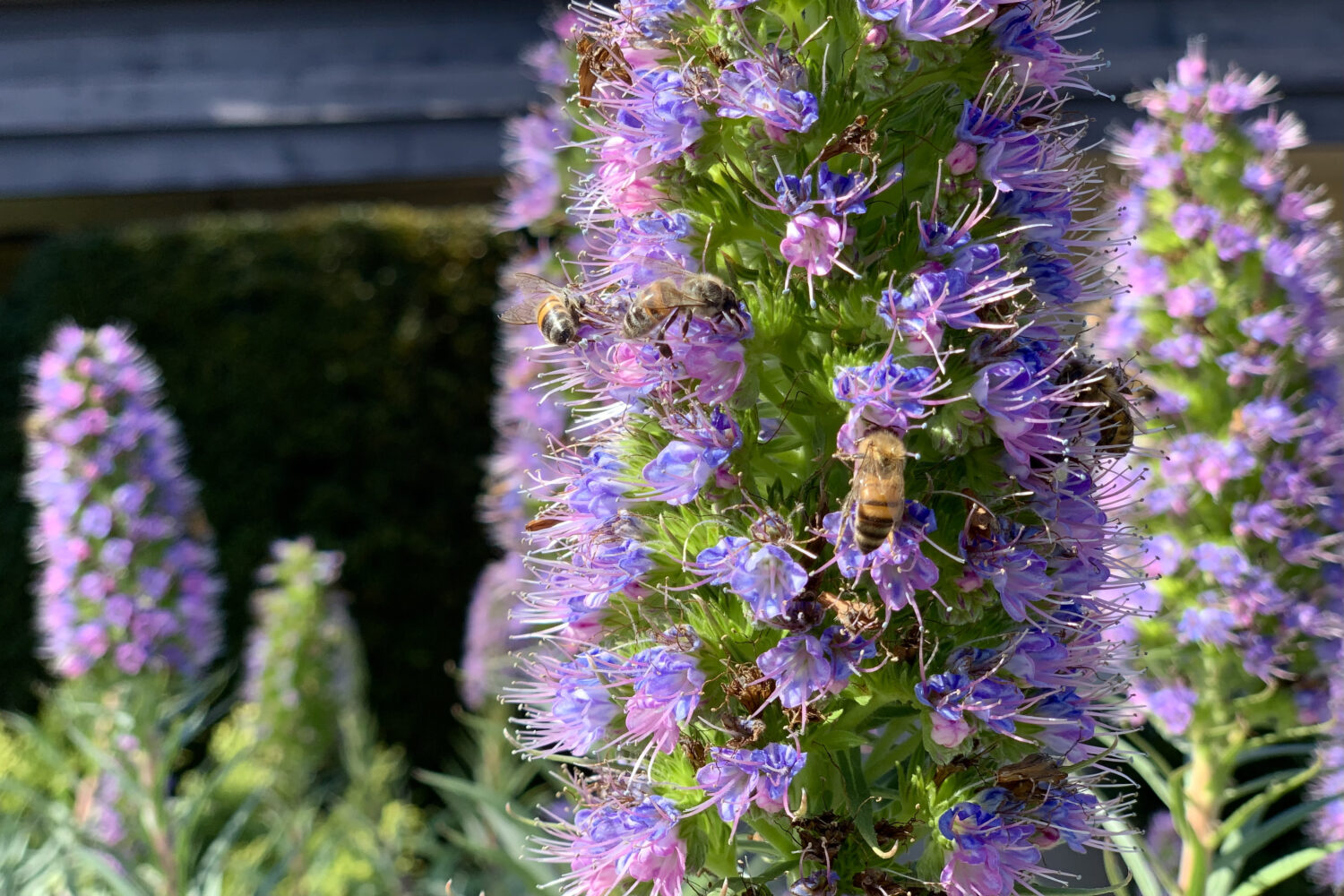 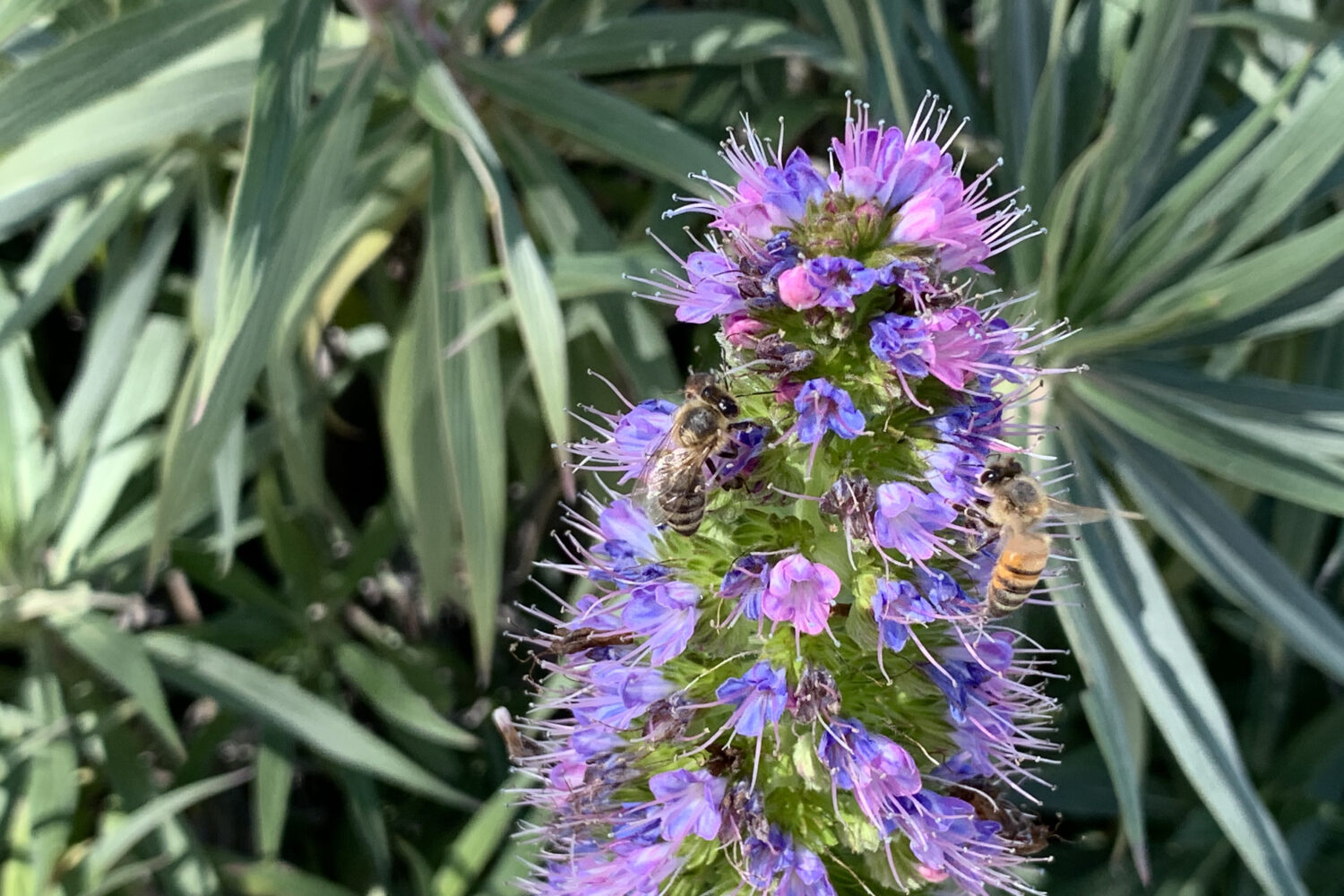