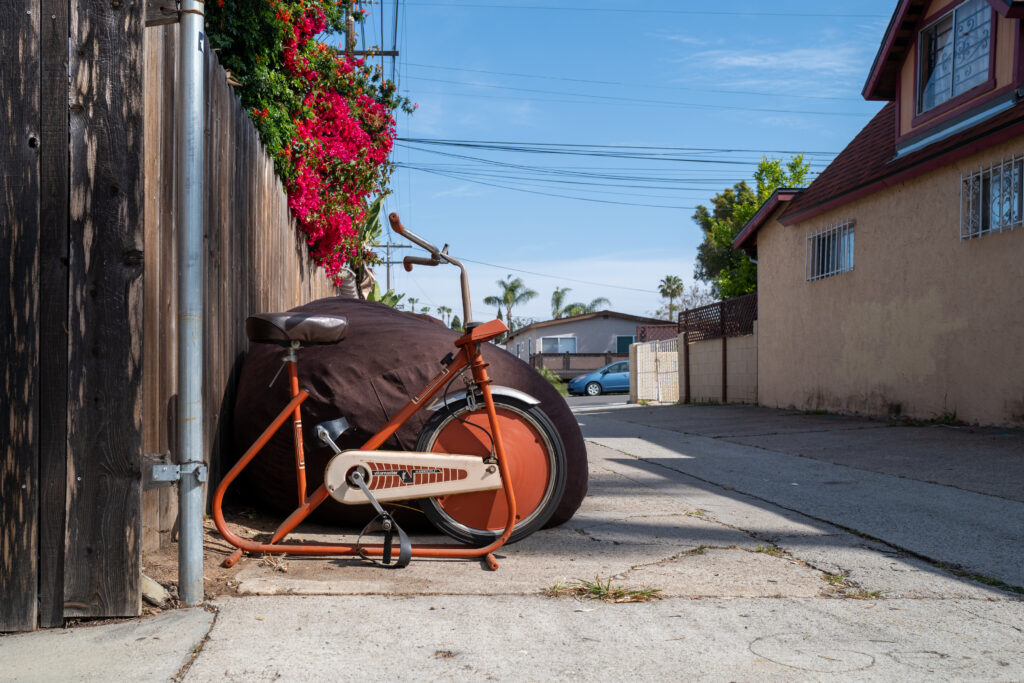 A few days ago, an overstuffed beanbag—suitable for someone of great heft—appeared in the alley between Alabama and Mississippi at Monroe in University Heights. San Diego residents frequently leave unwanted things for foragers to take. What’s that saying about one person’s trash being another’s treasure? 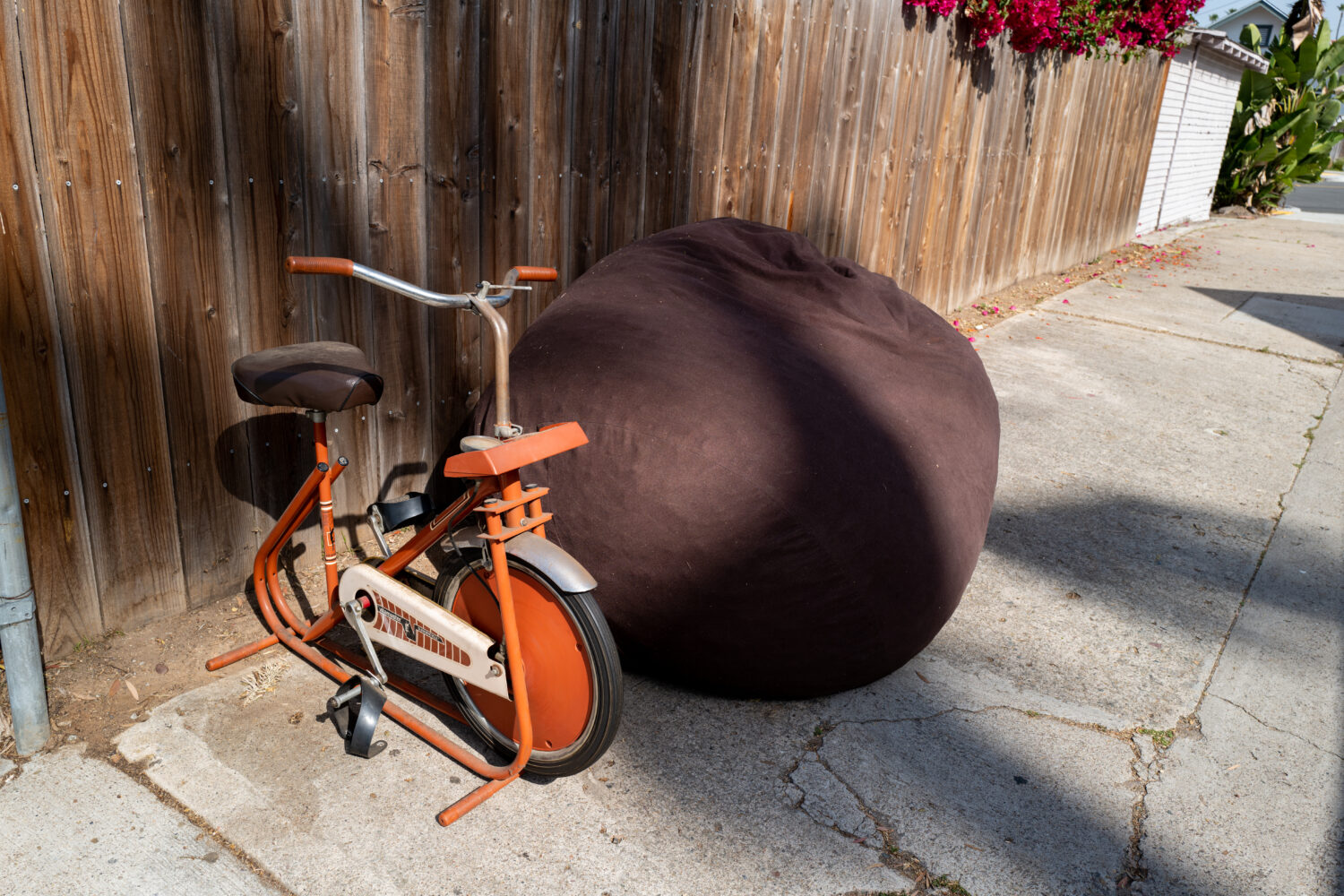 About seven hours later, we approached the items once more, just as an elderly lady riding a regular bicycle stopped alongside them. As we passed, she phoned someone and explained about finding a “vintage” stationary bike. I had to see the outcome, so we walked by the alley about 20 minutes later—just as someone pulled up in a pickup truck to assist her. The thing is gone now. 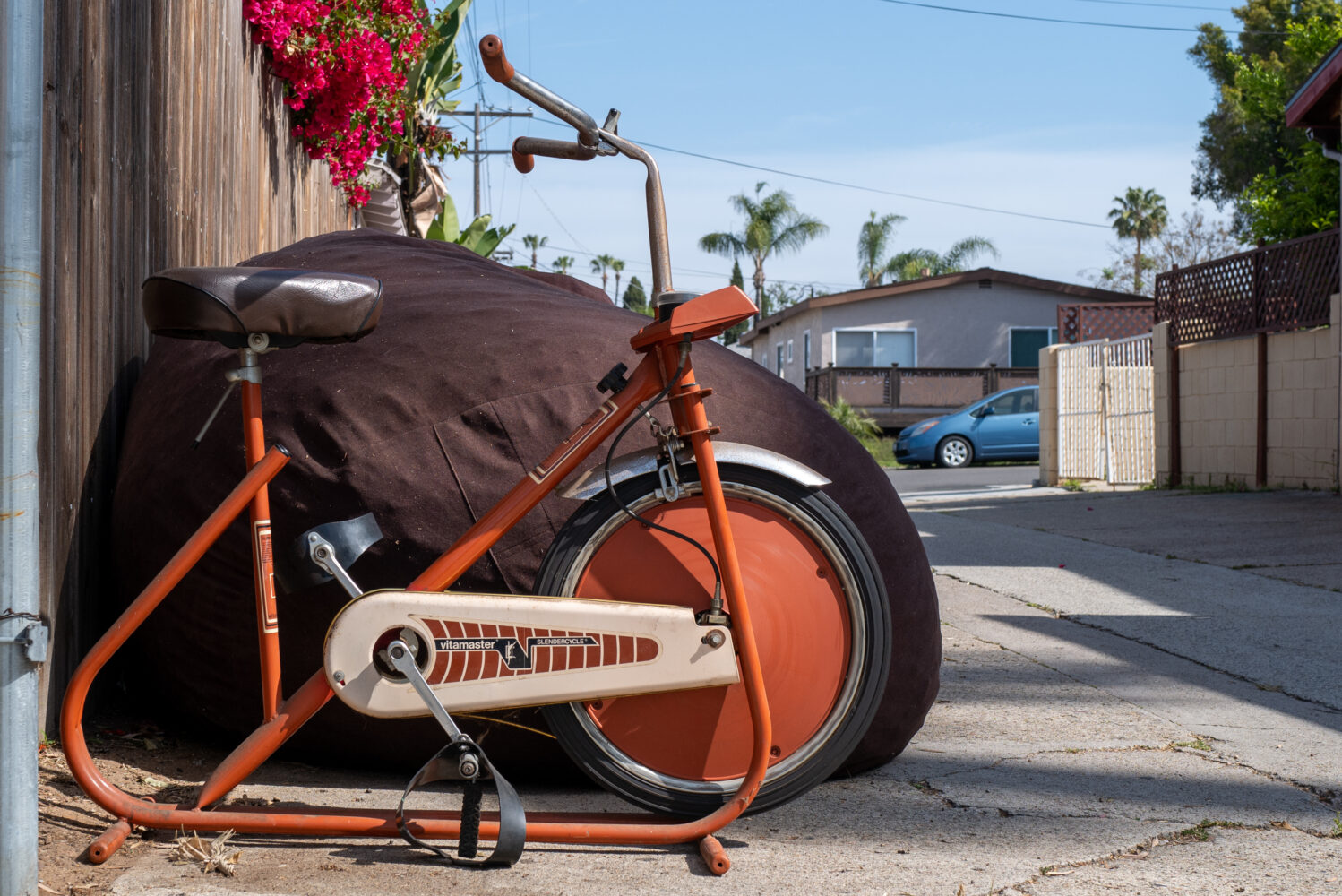 Near as I can discover, from searching online, the Slendercycle is likely from the 1970s. May the new owner get good use from it. If news stories can be believed, stationary bikes are in short supply but big demand because of the SARS-CoV-2 (severe acute respiratory syndrome Coronavirus 2)/COVID-19 lockdowns—although ours is subsiding. Tomorrow, after being closed for 14 months, San Diego schools are scheduled to reopen; meanwhile, the county is in its fifth day of the so-called, less-restrictive Orange Tier.