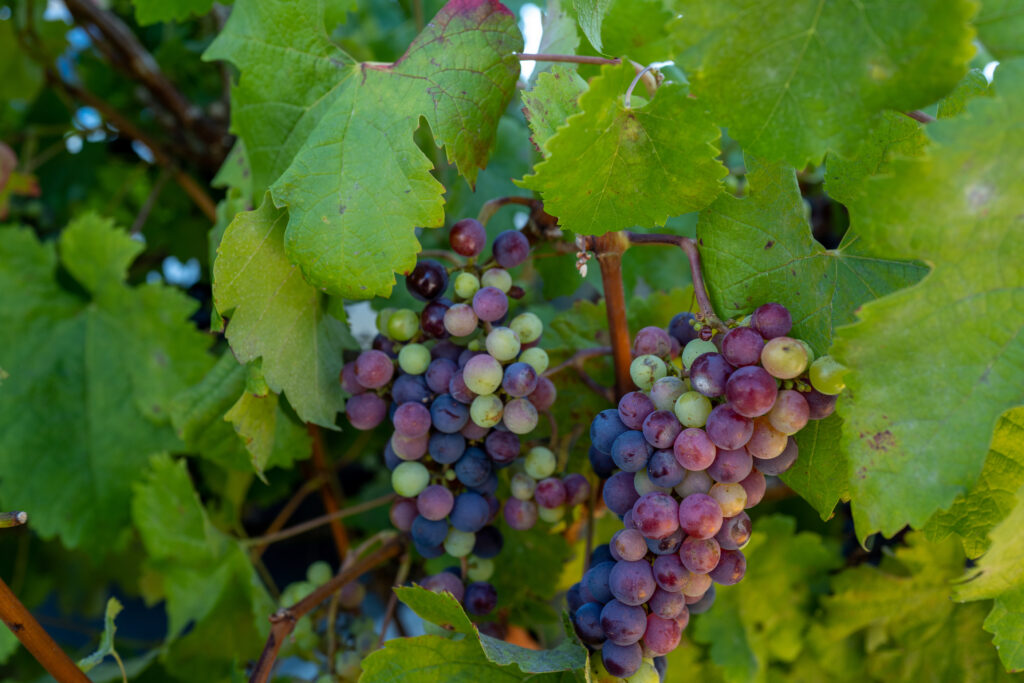 The grapes I shared with you one month ago are not the green variety that they appeared to be—as can be seen by their rapid ripening. To reiterate: the cluster is positioned between sidewalk and street, not on someone’s property, along Meade between Cleveland and Maryland in the San Diego neighborhood of University Heights.

Leica Q2 is equipped with a dedicated Macro mode that is enabled by turning a ring around the lens. I used the mechanism to capture the Featured Image and companion. Vitals for the first, aperture manually set for both: f/4, ISO 200, 1/125 sec, 28mm; 9:26 a.m. PDT. 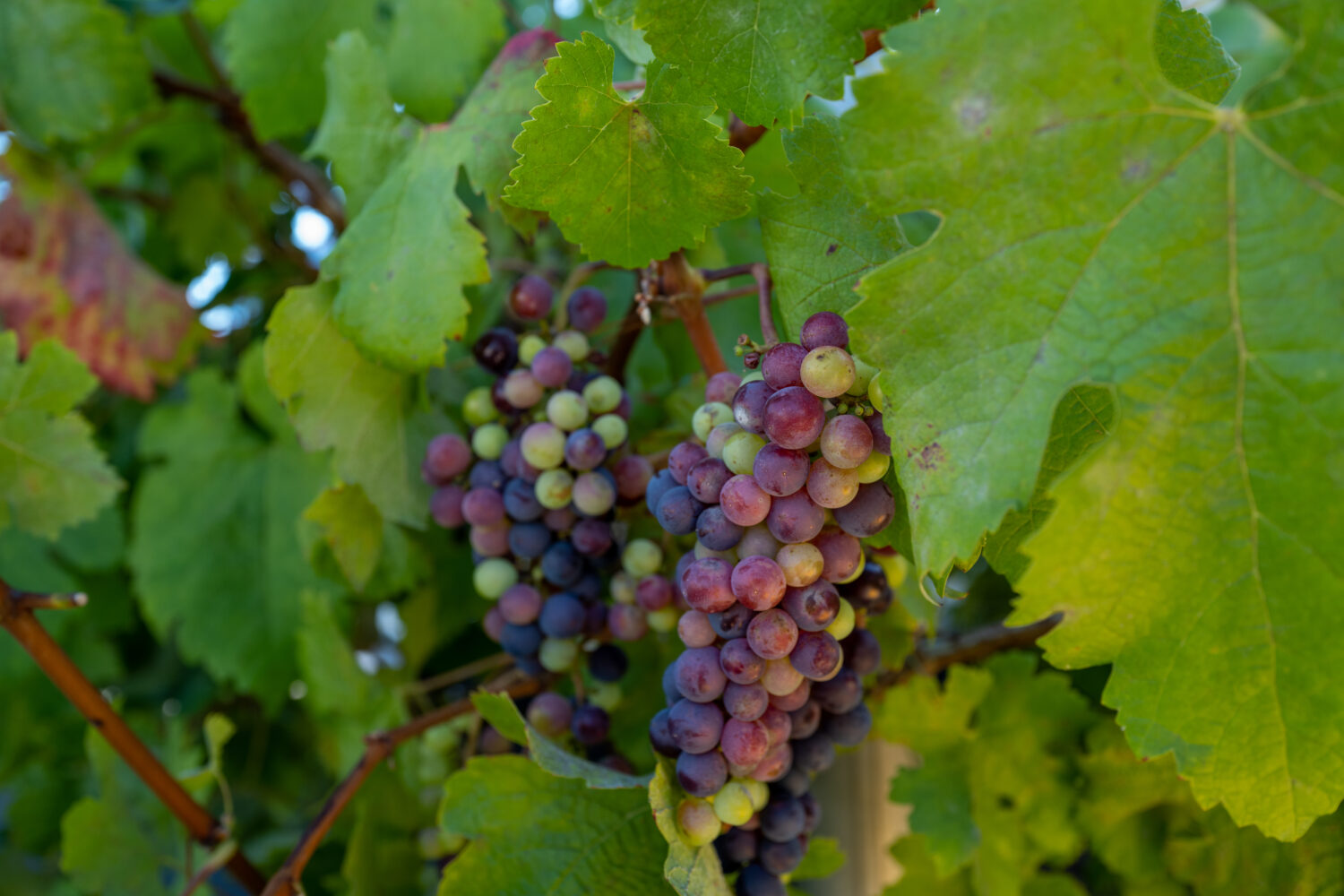 The second is the same, but ISO 250. Unlike the first, which is cropped, the other is composed as shot. I captured the pair yesterday—and as is customary in my stingy shooting style, they were the only photos taken.