About a month ago, I heard some commotion a few streets away and a woman yelling loudly to someone else: “It’s a coyote!” The location is far enough away from a canyon to be surprising. Over the weeks that followed, my wife observed occasional Nextdoor posts about additional sightings—mainly between Alabama and Louisiana either along Madison or Mission.

This morning, as Annie and I walked on Louisiana approaching Mission, she spotted a coyote strutting down the sidewalk on the other side of Madison moving towards Adams. We followed. The animal’s left rear leg was clearly injured, and the skinny beast hobbled on the other three. When she first saw the coyote, it was under the magnificent tree that I shared with you in June 2021.

Traffic delayed our crossing Madison, and the pet predator moved quickly enough to keep a half-block’s distance—even after briefly stopping outside the property where lives Donuts, who was profiled in my “Cats of University Heights” series (May 2018). The coyote eventually crossed Adams onto Panorama Drive, which is where Annie and I finally caught up to the wayward wanderer. 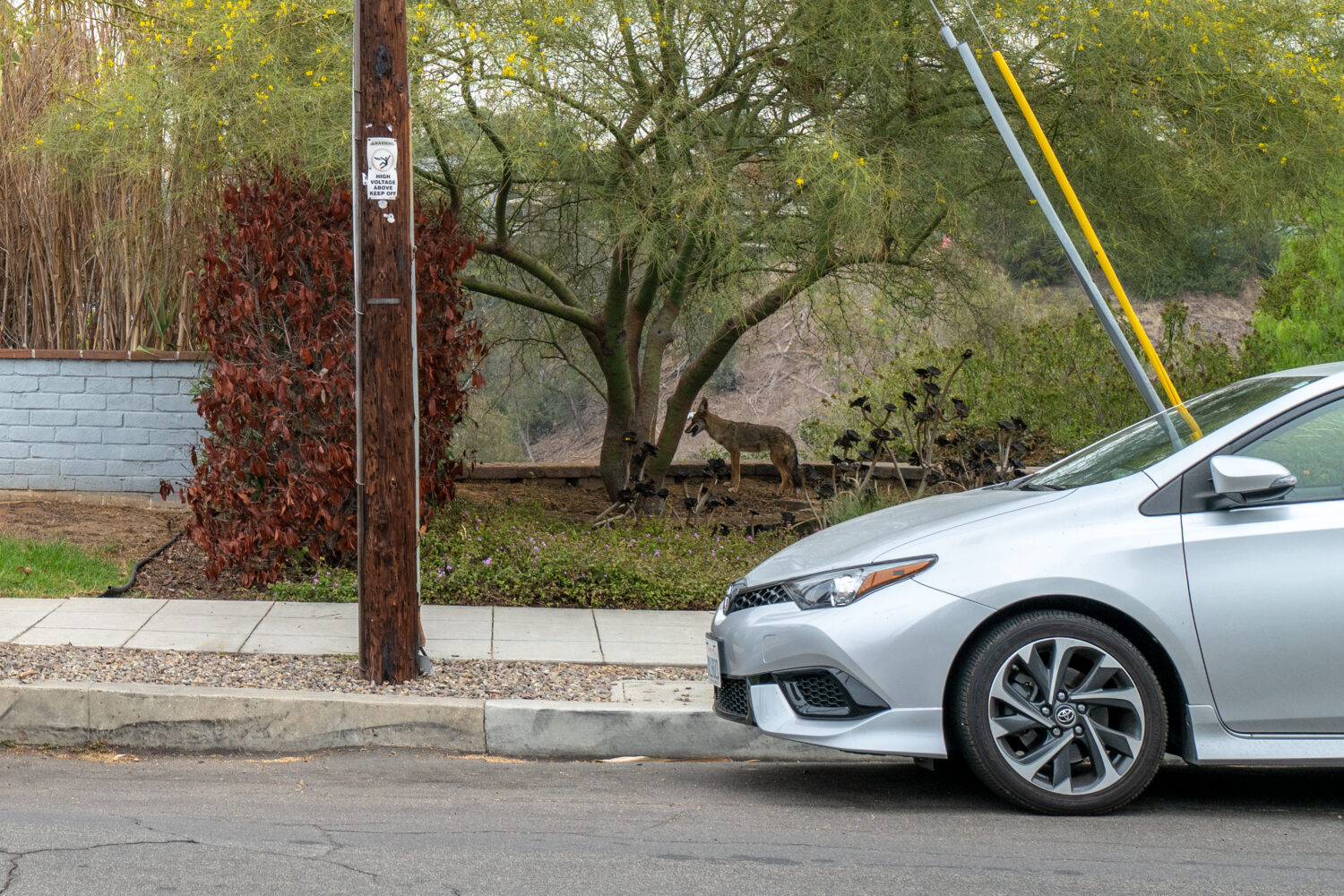 In the Featured Image and companion, the animal lifts its rear left leg off the ground. That and timing makes the sighting sad and poignant. Coyotes don’t usually come out into the neighborhood during daylight—and strut down the sidewalk. In the nearly 14 years as a resident of this part of San Diego, I had never seen a coyote until today; that’s how unusual is the daytime sighting. This animal looks thin, too, suggesting some problems hunting, which is good for neighbors’ pets, particularly kitties, that would otherwise be easy enough prey.

Late this afternoon, Annie saw a Nextdoor post specifically about the injured predator—asking people to call animal control so that the beast could be captured, cared-for, and released.

Before I could capture another portrait with the camera, the coyote hobbled down into the canyon.