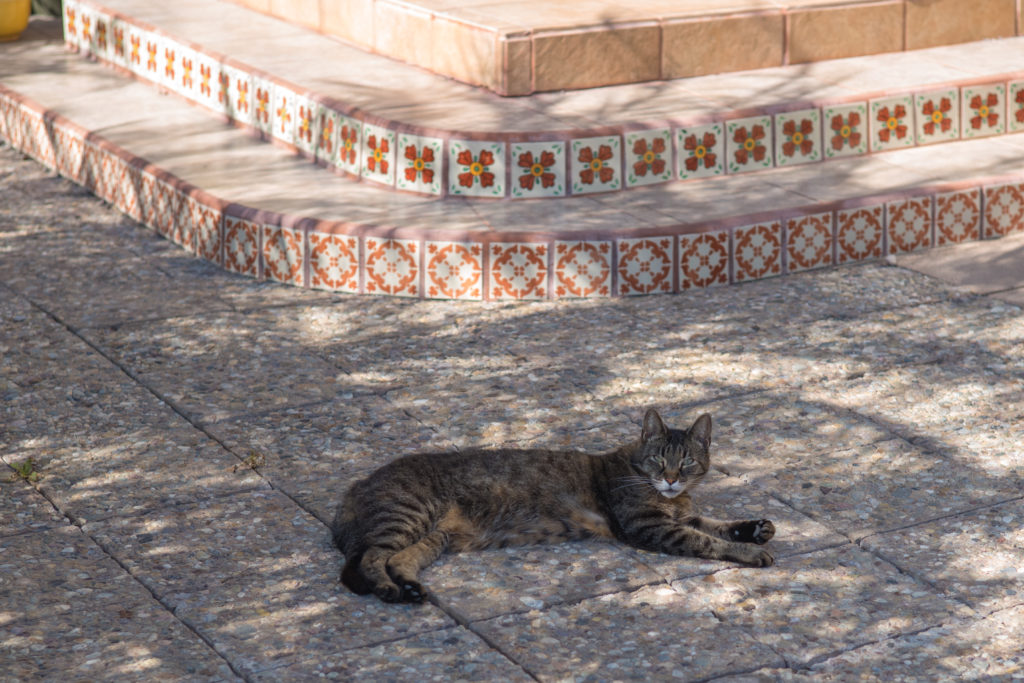 Eleven days ago, I spotted for the first time a handsome, and lanky, tiger tabby resting in the driveway of a home on Louisiana between Adams and Madison. While we greeted one another on other days, he presented best profile opportunity—and our Featured Image—during that first meeting.

I wanted to immediately add the shorthair to the series but waited, hoping to get his name. For the next week, I purposely walked by the property in search of an owner, whose acquaintance I finally made on May 15, 2018. The eleven year-old cat is Donuts—yes, plural, which makes sense to me, strangely. Donuts’ dad also is from Maine, but down south in Bethel (I grew up in Caribou). It’s a cultural thing. Your sweet thing isn’t singular but in abundance.

Mainers are as rare a sighting as some cat breeds, like Snowshoe Willow. I mentioned that a supermarket on Adams used to sell red hotdogs, which are part of the Pine Tree State’s summer gourmet fare served with freshly baked beans. Yum. My newfound Bethel buddy says these wieners originate in the Philippines. I can confirm they are served there but haven’t yet verified the statement. Food fights about who gets claim to what undermines Googling this kind of thing. Whoopie Pie is another Maine favorite and the state’s official treat. But the origin, sadly, is disputed—like so much other table fare.

Circling back to our feline friend, Donuts is an ironic name—unless chosen with wry wit that is a defining Maine societal trait. See, his owner says the tiger tabby has whisks of prickly personality. Friendly—and so seemingly sweet—approach could be followed by a few bites, which I wouldn’t regard as hostile, BTW. Or perhaps, I overcomplicate, and the owner loves the cat so much he wants to eat up Donuts (figuratively, of course). Possible reasons aside—and, yes, I should have asked—what a great name. 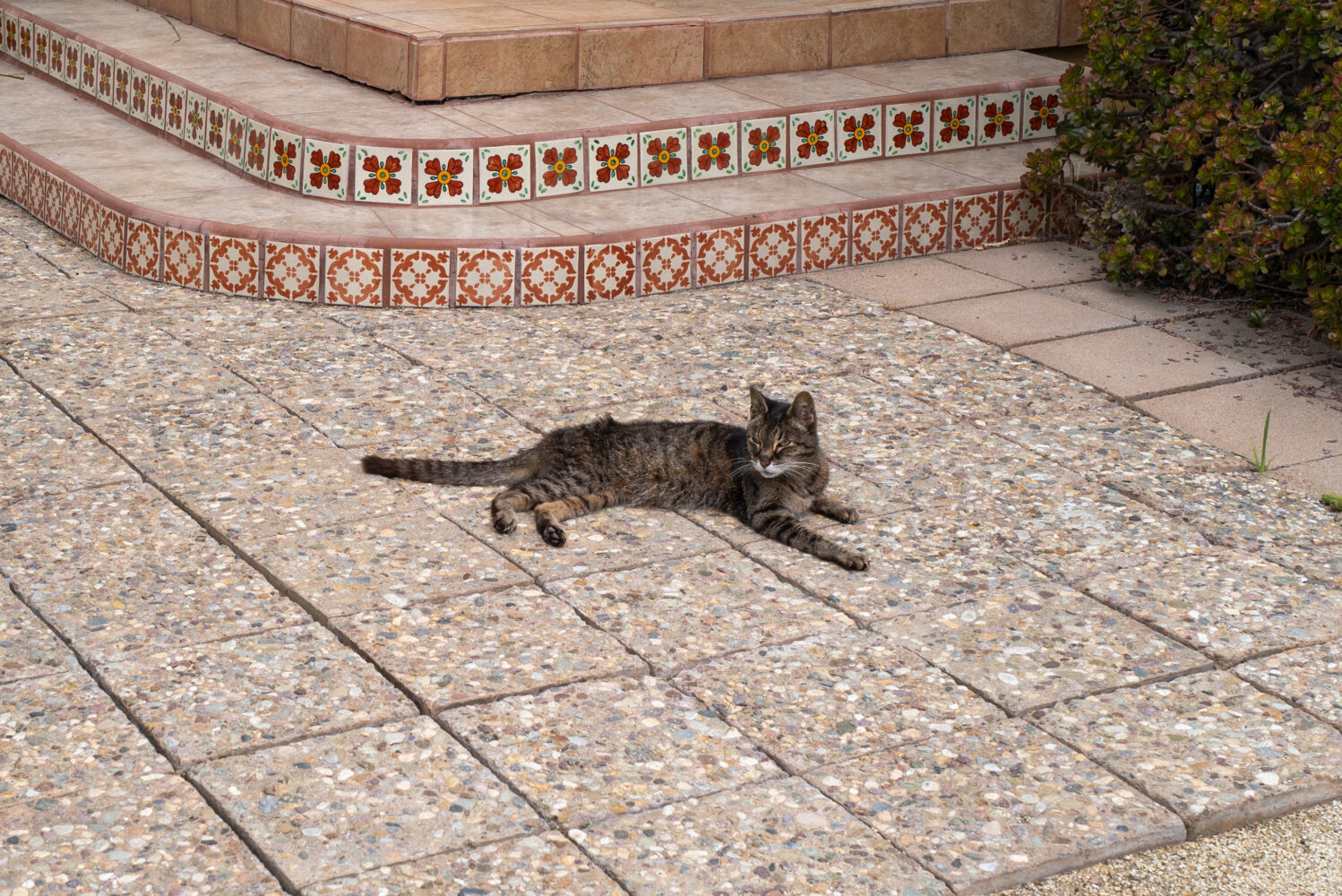 Update, Aug. 24, 2021: Two days ago, I saw Donuts doing his business in a neighbor’s yard before returning to his home. He is 14-years-old now—and showing his age. The tabby walks slowly, but deliberately, and he seems skinnier than any of the few other times seen since our first meeting in May 2018.