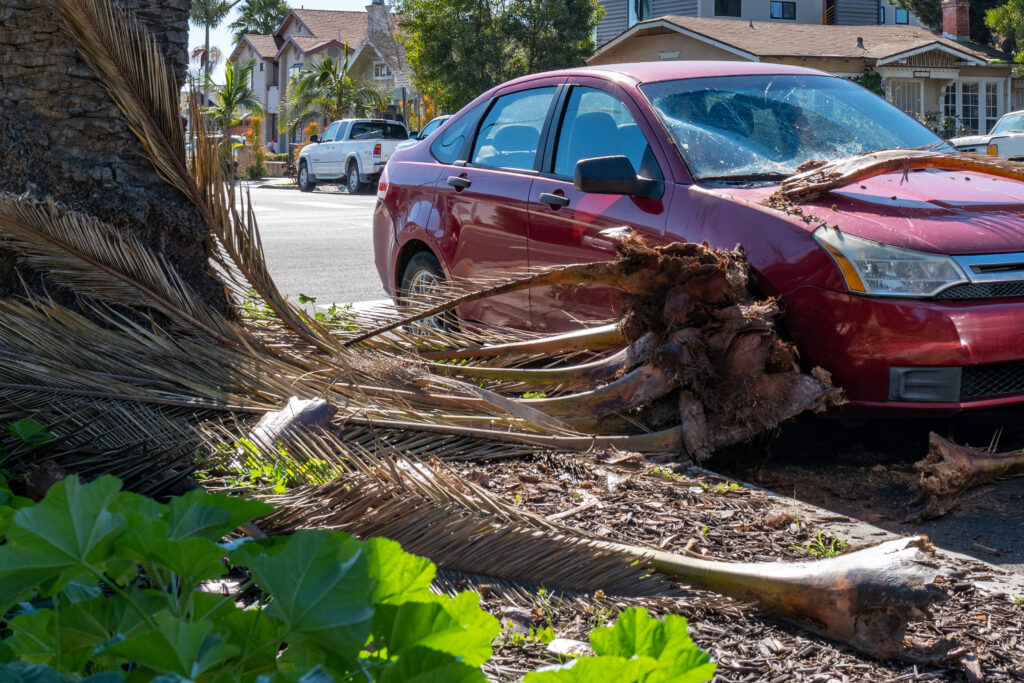 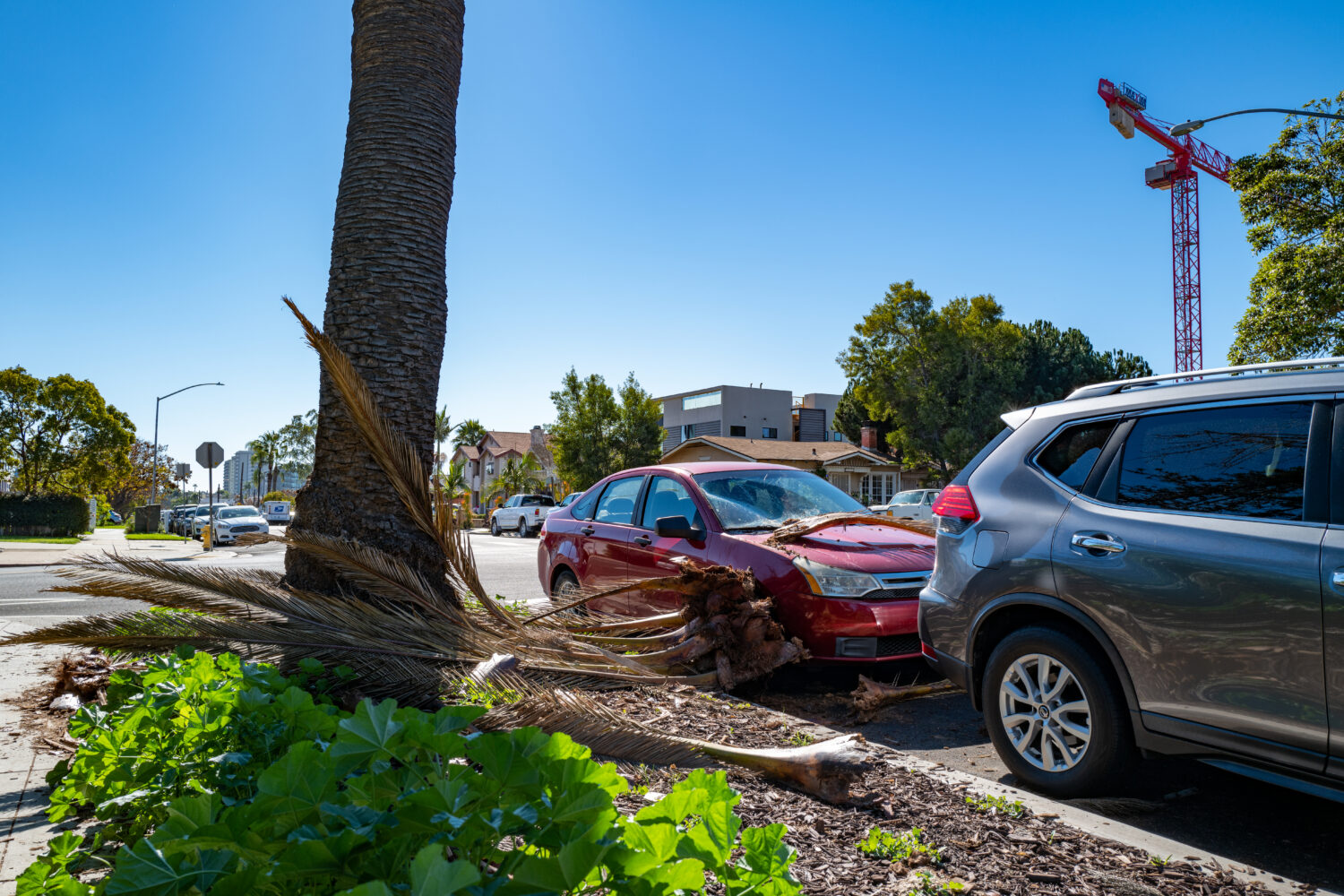 A large chunk of dead palm crown, with fronds, fell from a dead tree onto a parked car. You can see the damage in the Featured Image and first companion. Vitals for both, aperture manually set for all: f/8, ISO 100, 1/160 sec, 28mm; 12:48 p.m. PST. I used Leica Q2 to capture the entire set. 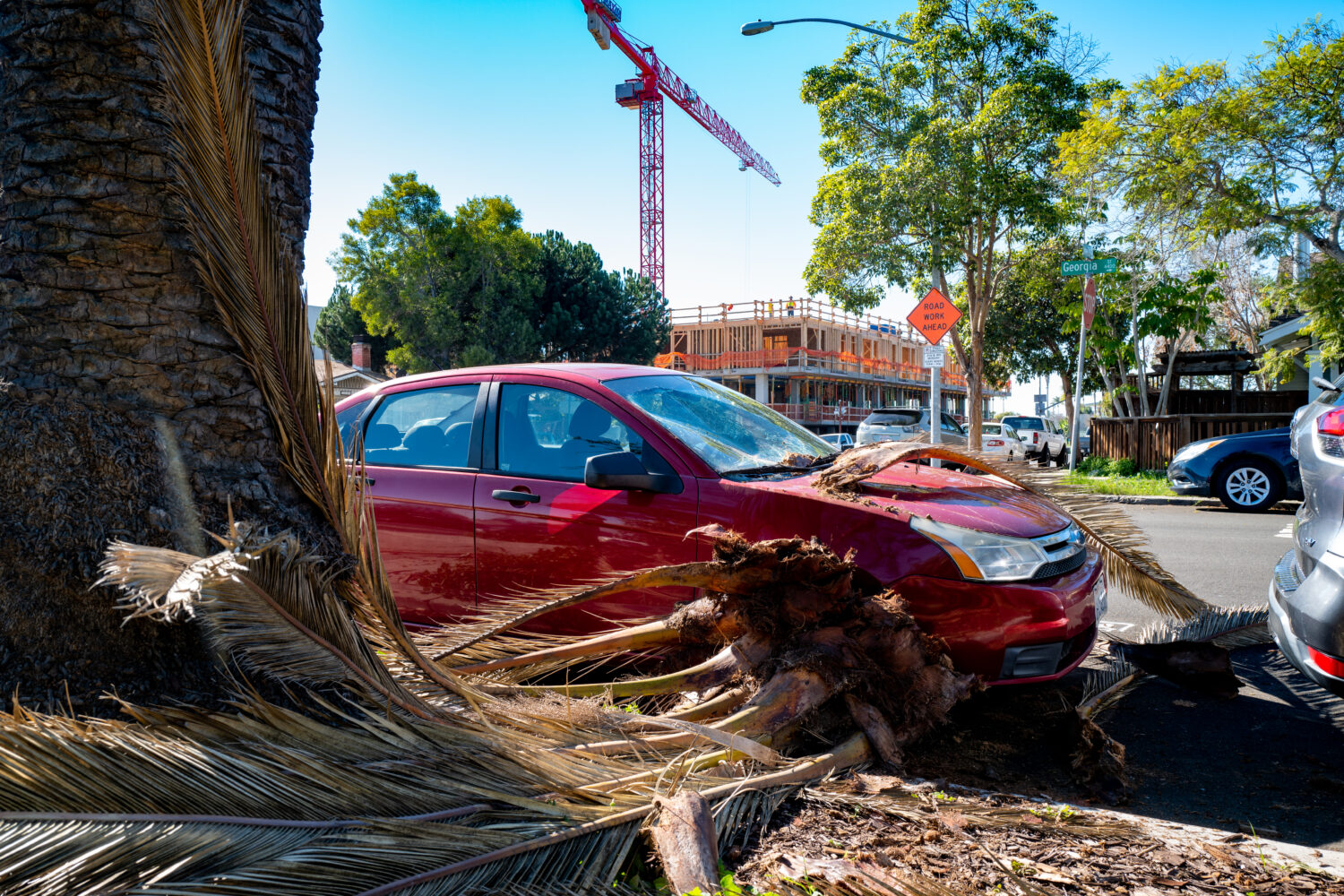 What we didn’t know then: The incident happened moments before and was witnessed by some of the construction crew from the building site in the background of the third photo. Turns out the vehicle’s owner worked there. Vitals are same as the other two photos but 1/80 sec, one-minute later. 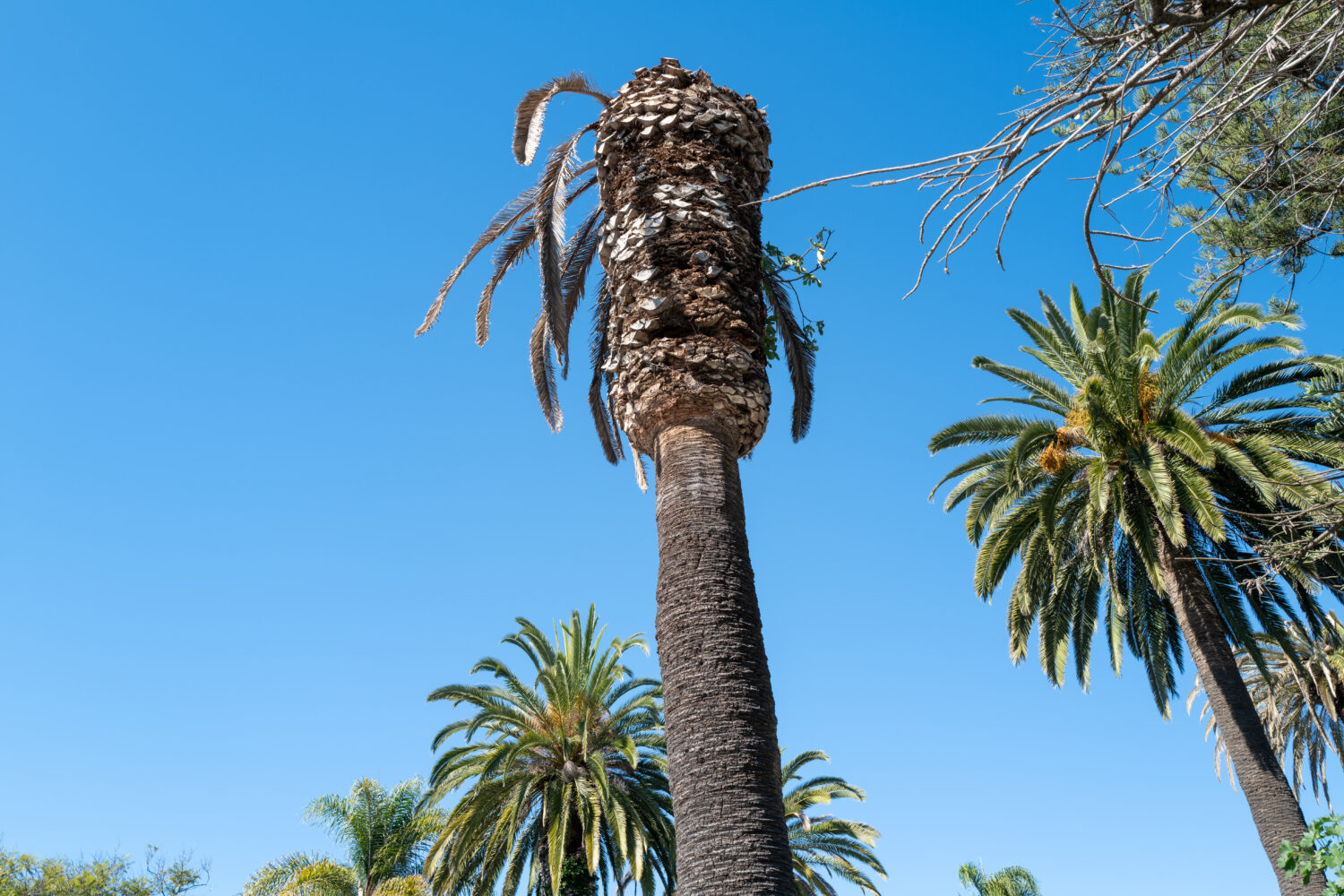 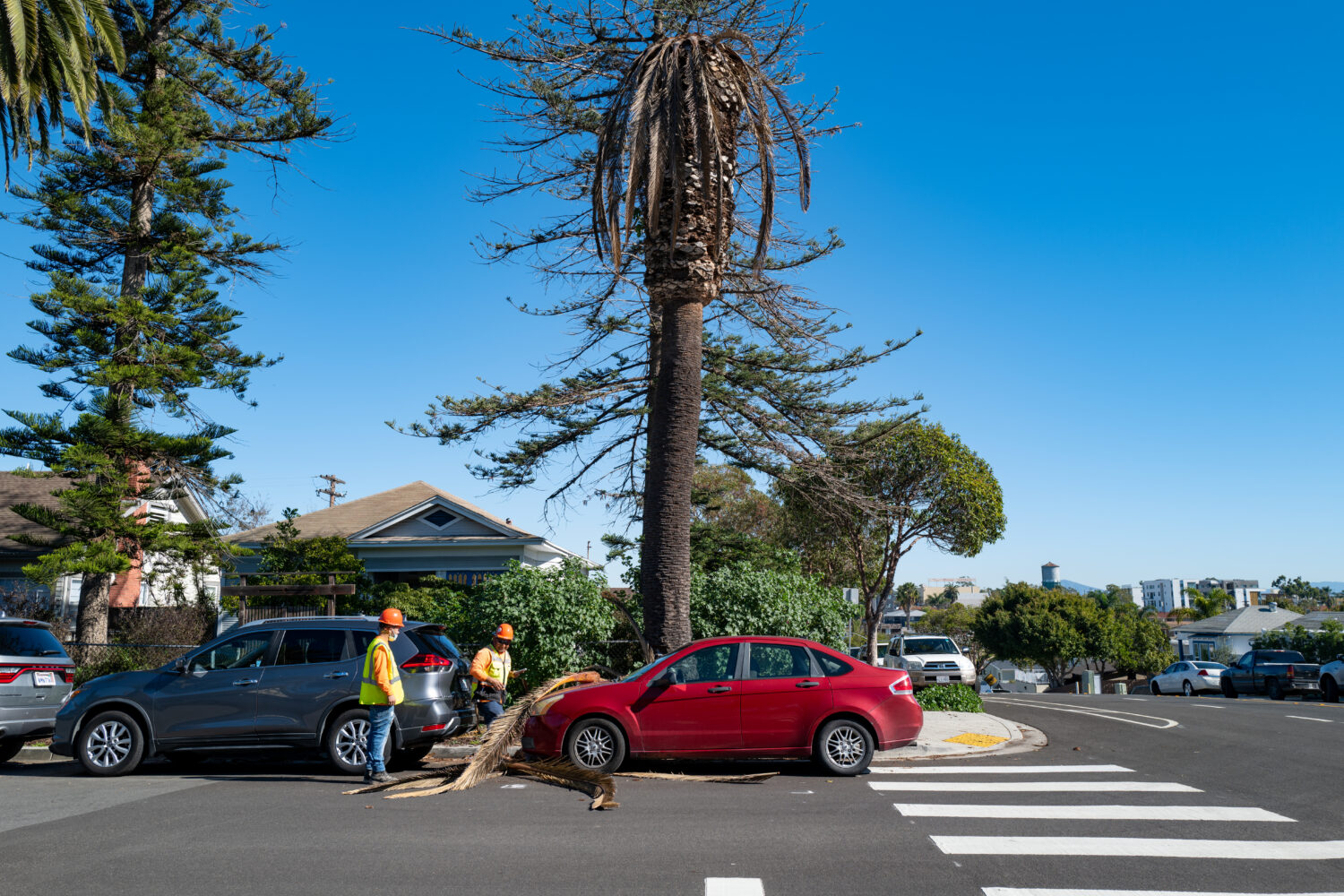 Right about then, the car’s owner passed by with a coworker. To say he was shocked by the damage understates his reaction. That said, in the next photo, he smiles while removing a palm frond from the hood. I understand the reaction to an accident so absurd. How can you not laugh? Vitals: f/5.6, ISO 100, 1/320 sec, 28mm; 12:54 p.m. 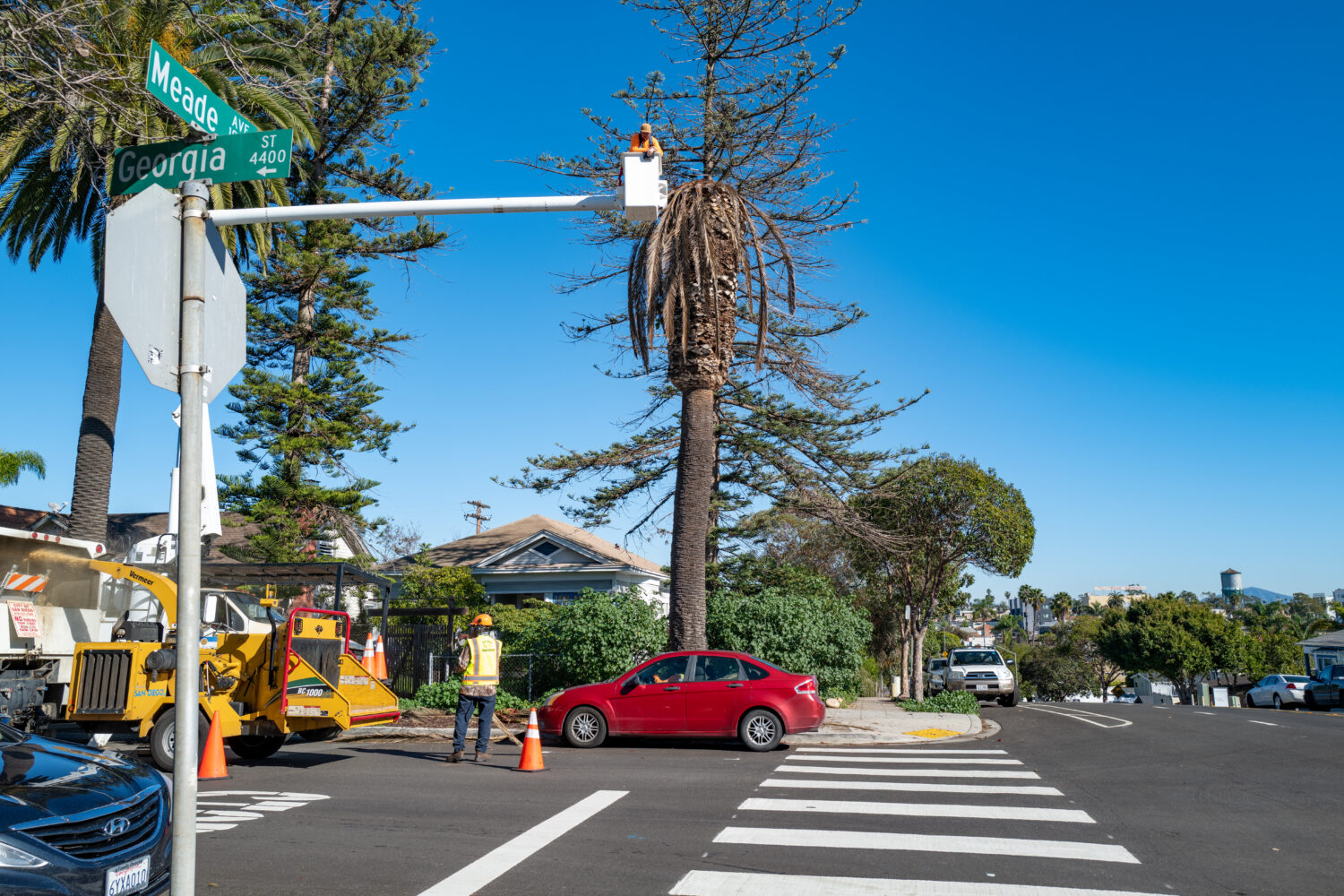 My wife went home while I continued on to the grocery store. Nearly an hour later, I walked by to see if there had been new developments. From a block-and-a-half away, I could see the vehicle’s owner talking to a police officer, whom I assume took an incident report. After all, the tree stood on public property. As I closed in, the cop left and the gentlemen got into his car and started to back away from a tree-cutting crew. Vitals: f/5.6, ISO 100, 1/400 sec, 28mm; 1:44 p.m. 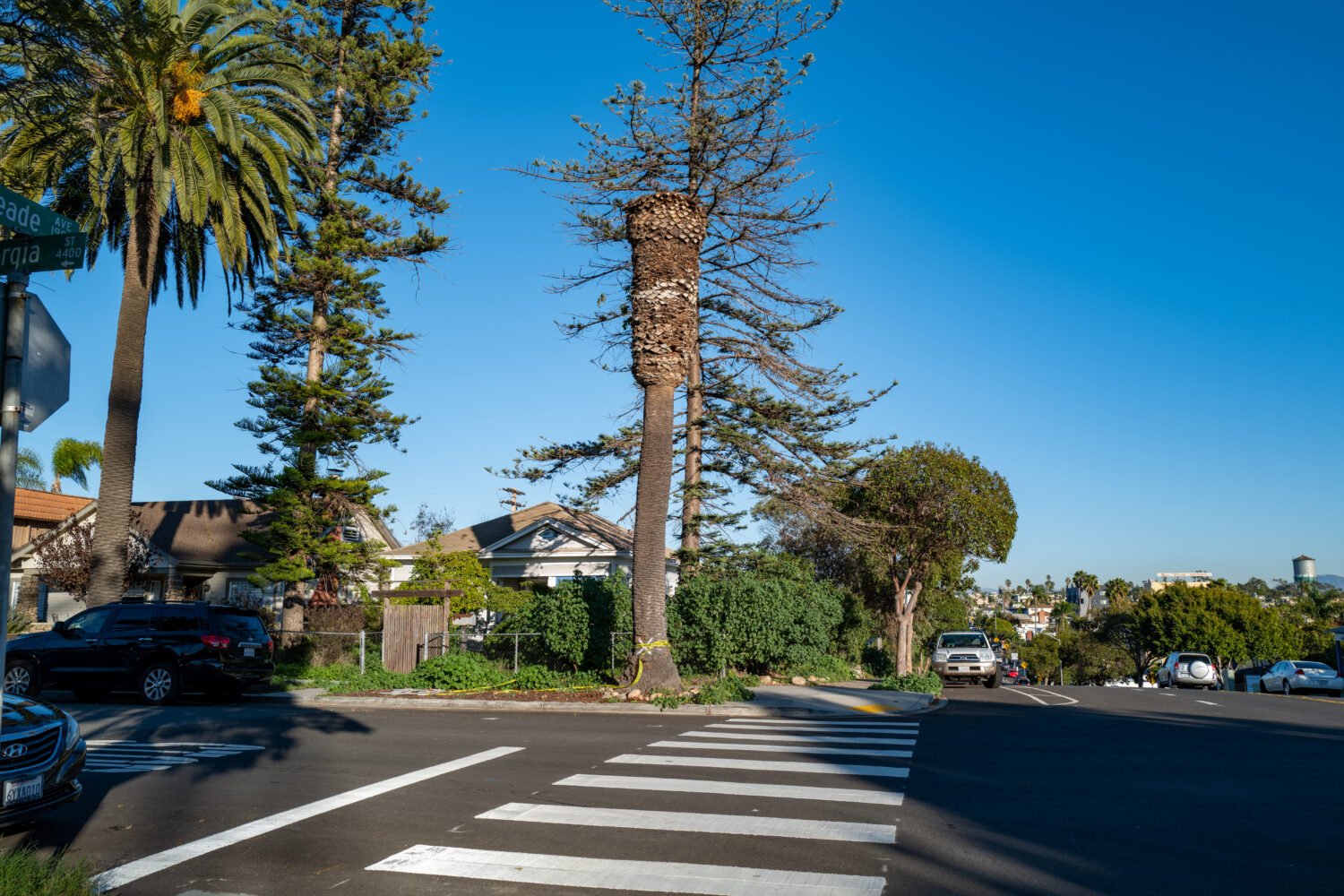 I presumed that the crew chopped down the tree, and I wanted to document its absence for this post. So Annie and I returned hours later only to find the dead palm still standing. The felling is for another day. Debris had been removed from the sidewalk and street and all dangling fronds cut from the top. Vitals: f/5.6, ISO 100, 1/400 sec, 28mm; 3:47 p.m. 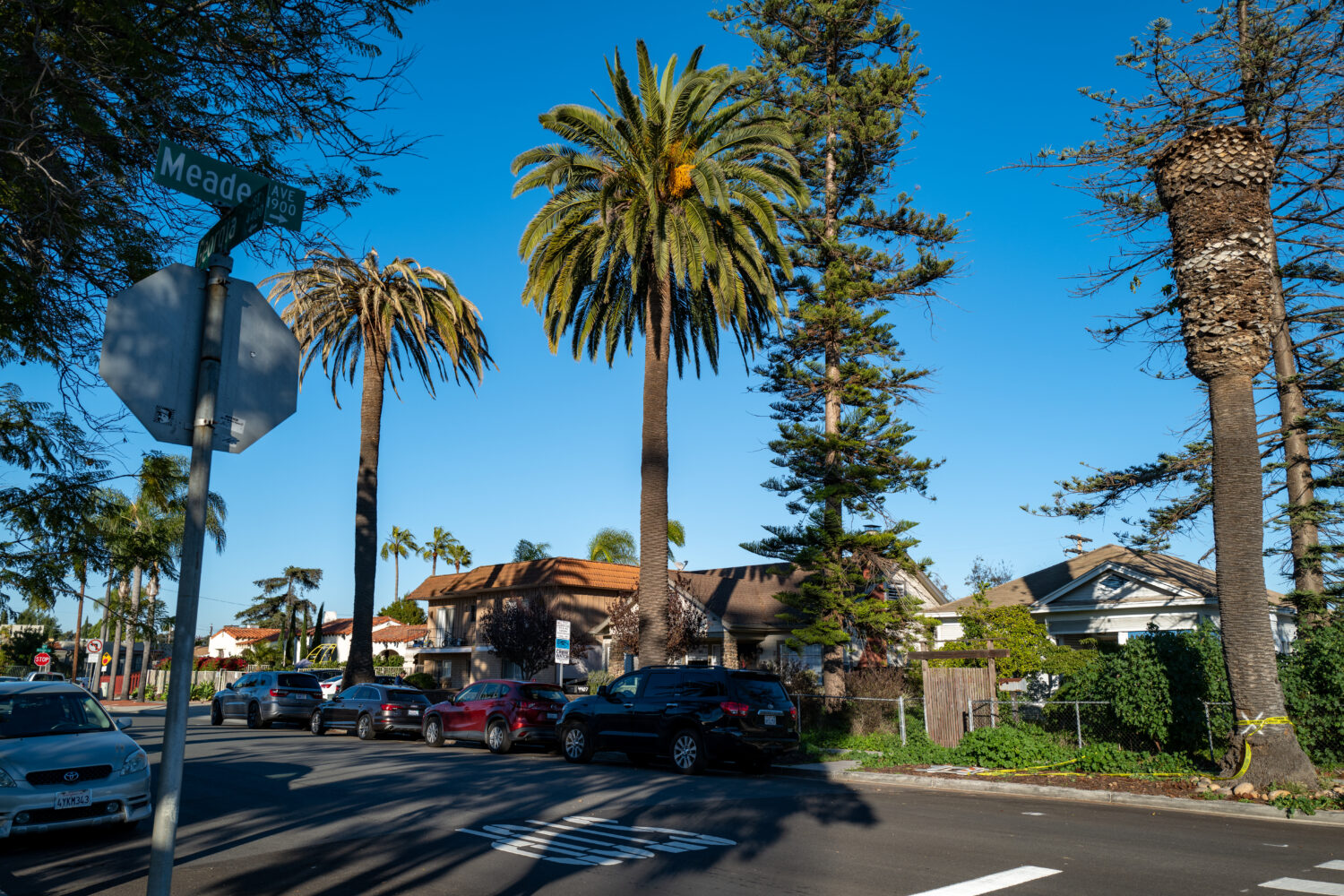 The final photo, which vitals are same as the previous one but one-minute later, shows something peculiar. The three trees are all vulnerable to the Weevils. The palms on either end are dead, but the one in the middle is not only alive but vital—as the yellow fruit indicates. Could the thing be infected, too? Will the city remove all three, regardless—precautionary chopping in attempt to curb the infestation’s spread? I dunno.