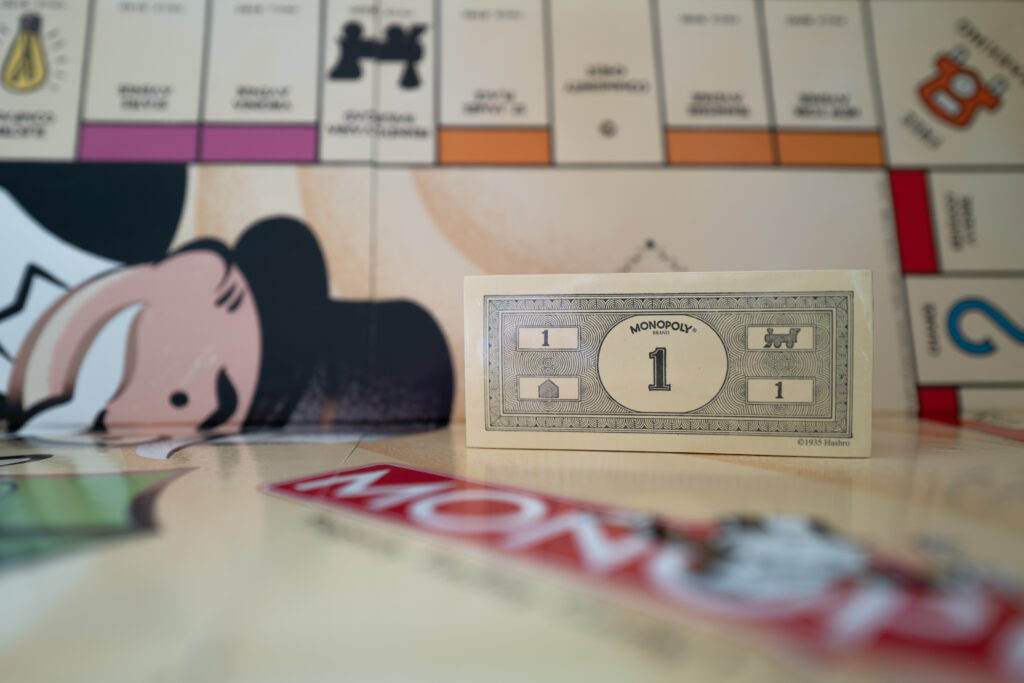 Everywhere you look, there are reports about rising inflation, which is presented as increases in prices of goods. As a longtime journalist with a reputation for making complex concepts simple and straightforward to understand, I must correct the glaring mistake made by the majority of news reports: Inflation and rising prices are not the same, although there is an undeniable relationship between the two.

Inflation isn’t prices going up but the value of money going down. Spending power decreases. The classic case is late-1923 Germany, when, because of hyperinflation, “a loaf of bread cost 140 billion marks. Workers were paid twice a day, and given half-hour breaks to rush to the shops with their satchels, suitcases, or wheelbarrow, to buy something, anything, before their paper money halved in value yet again” (source: “Loads of Money“, Economist).

To finance World War I, Germany eliminated the gold standard and started printing lots more money—essentially what the United States has done during the past two years in part as response to SARS-CoV-2 (severe acute respiratory syndrome Coronavirus 2)/COVID-19. To oversimplify: The more dollars circulating, the less valuable they are.

Let’s try a different example based on my recent experience. In January 2021, when the administration in Washington changed, gas at my local station cost $2.86 per gallon. Yesterday, I paid $5.80, which is a little more than twice as much. The $28.60 to fill up 14 months ago is good for half a tank today. My money is worth less to purchase the same quantity. Or if you prefer: I pay twice as much to get the same thing.

While it’s true that gas prices are rising for other reasons, too, such as the West’s sanctions against Russia for its invasion of Ukraine, costs of goods are up everywhere and the value of money is down. Again, additional causes come from disrupted supply chains, among other factors. Meaning: Prices rise for multiple reasons in the current economy. Nevertheless, each dollar is worth less and more are required to purchase the same thing. As such, prices increase independent of inflation—or hadn’t you noticed before this inflationary period that you gradually paid more for all kinds of goods?

Another example: Dollar Tree recently raised prices to $1.25. The retailer cites a host of reasons, such as costlier distribution and wage increases. Bottom line: Your buck buys less today than a few months ago.

Last week, the U.S. Federal Reserve raised interest rates by 0.25 percent as part of several measures meant to curtail inflation. But as long as our esteemed lawmakers continue to pursue passing massive handout packages, printing presses will continue and the value of your dollar decreases. Matters might be different if those funds weren’t backed by debt.

So the next time that you see or hear something about inflation, don’t think prices going up but your spending power going down. Why do I overly repeat? For example: Your existing assets. Let’s say you are saving up to buy a house, and you need 20 percent downpayment, or you’ve got $500,000 put away for retirement. The money saved for the home may no longer be enough and the retirement nest egg could last lots less time because you have to spend so much more.

Or perhaps you live paycheck to paycheck. Every dollar you earn buys less as inflation rises. Again, that’s deflated value. Last week, you paid $5 to buy five boxes of Mac-in-Cheese for the kids. Now your hard-earned dollars are only worth enough to purchase four, or you can scrap snacks for the kiddies’ lunchboxes and pay $6.25. You can view that as either a 25-percent price increase or decline in your money’s value.

Just remember this and hope that it’s never you: The German woman hauling a wheelbarrow full of money to the baker. The intrinsic value of that loaf of bread didn’t change, just the number of marks necessary to buy it—or for you, dollars.