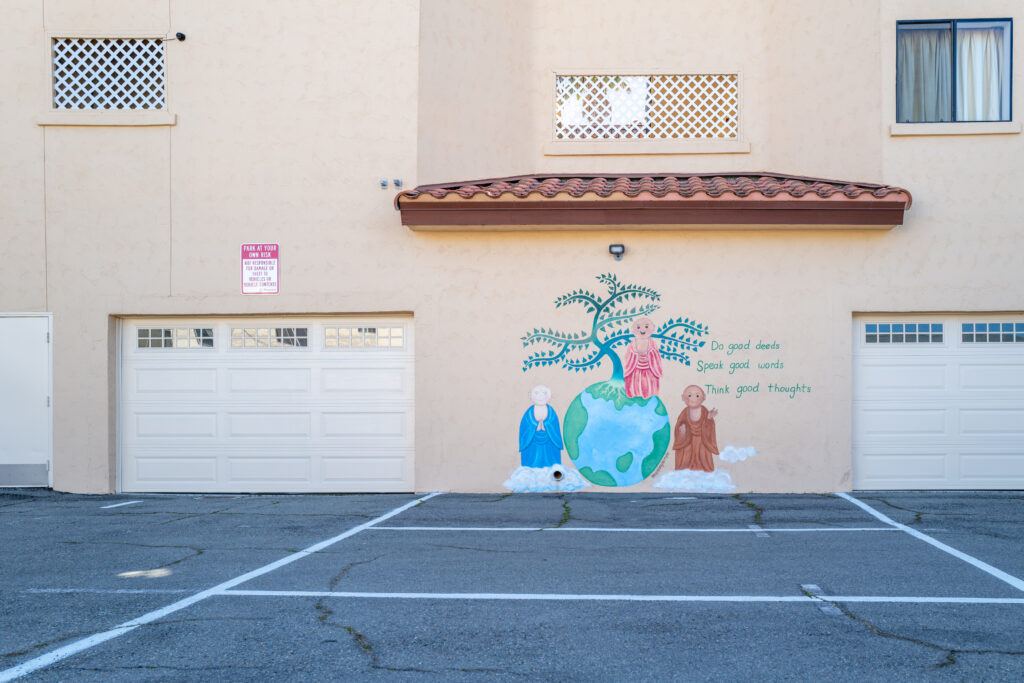 Nested among commercial cathedrals to alcohol and hedonism is the Hsi Fang Temple on Park Blvd in University Height’s main business district. The location is prime real estate that developers drool over, and it’s a spiritual stakeholder among one of the many San Diego communities where Christianity is in decline (see my missive “Is God Inclusive?” for perspective on that values topic).

I occasionally will see Buddhist monks, dressed in their more traditional garb, walking about UH. They are in some ways the biggest reminder of the temple’s presence, in part because the building, while massive, is unpretentious. Street-facing Buddha’s Light Bookstore might draw more attention if open more hours (website says Wednesday evenings and 10 a.m. to 4 p.m. on weekends). 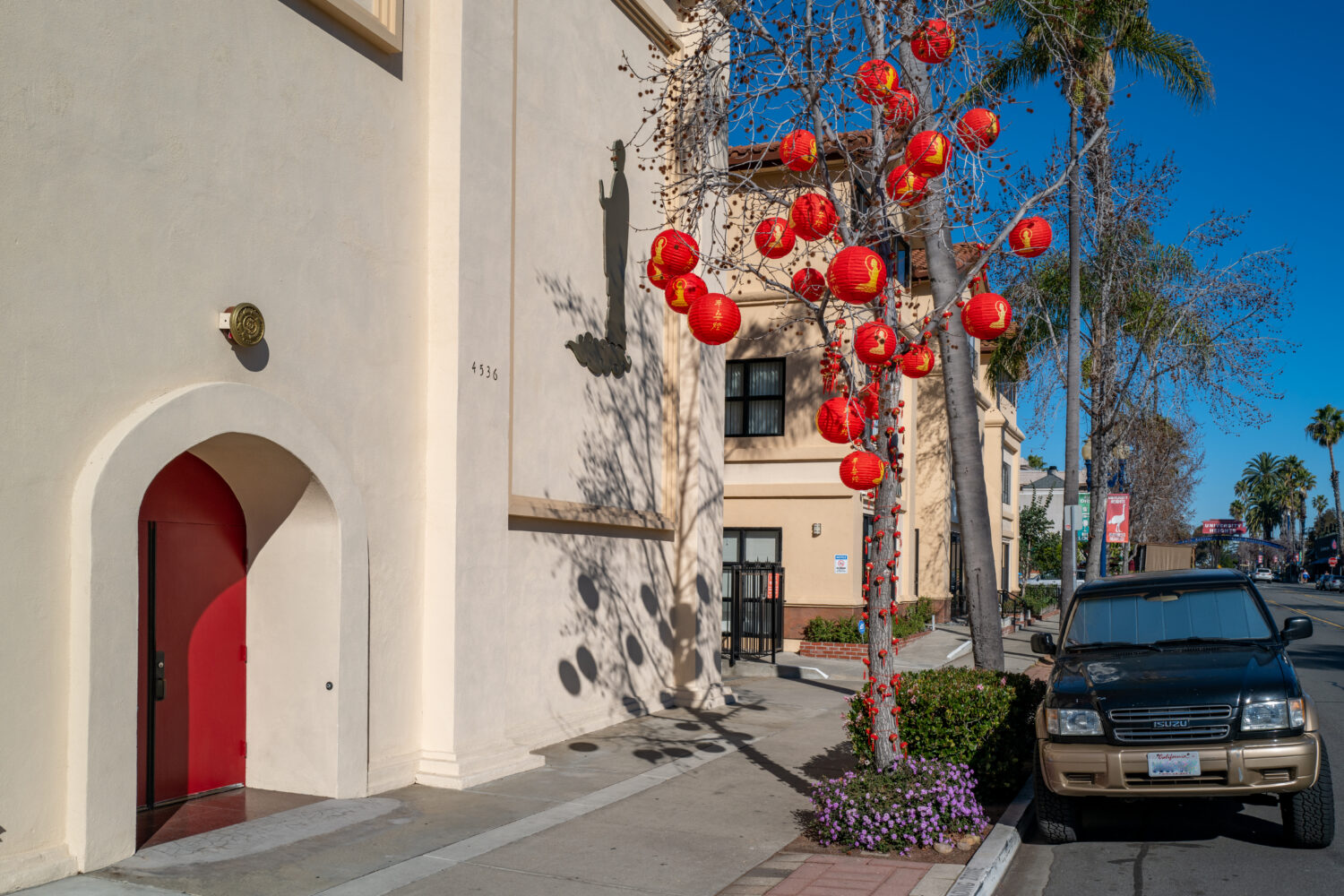 I don’t often trudge along the alley between Park and North but did so on a day when open was the gate to the temple’s rear parking lot. This let me get beyond the bars for an unobstructed view of the tiny mural on the back of the building. I used Leica Q2 to capture the Featured Image and companion but during different months. Vitals, aperture manually set for both: f/4, ISO 100, 1/250 sec, 28mm; 9:45 a.m. PDT, April 8, 2022.

Seems strange in a way to showcase a Buddhist temple just days before Easter, which is Christianity’s second holiest holiday (we can’t forget Christmas). But the other religious structure on Park Blvd in University Heights is gone. A block-long, seven (or is it eight) story apartment complex is currently under construction where once was New Vision Church.