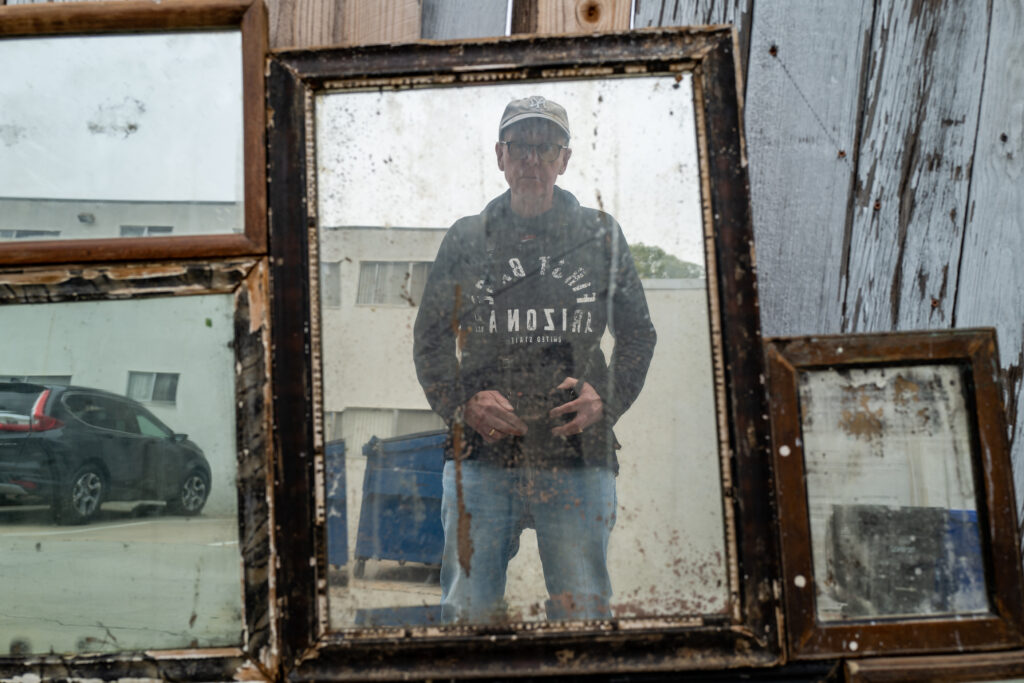 I am not one to take selfies but an odd opportunity presented today and the result is better than my expectation. While walking along the alley separating Alabama and Florida, in San Diego’s University Heights neighborhood, I came upon discarded mirrors between cross-streets Adams and Madison. Initially, I shot sideways, capturing car reflections across the way.

My journey continued. But along Adams and the next parallel alley, I encountered a nasty wind. Chilled, I chose to retrace my warmer path. That brought me back to the mirrors, which pitted, scratched state made me stop and ponder taking a shot from the hip, which I did after manually setting the aperture on Leica Q2.

On another day, the Featured Image would be impossible. The discarded mirrors faced West and, at 5:20 p.m. PDT, would reflect the sun slinking low in the sky. But the marine layer of clouds came earlier than forecast, creating ideal shooting conditions—no sun reflection or sharp shadows. Also, conditions allowed me to wear my regular glasses, with clear lenses. The self-portrait would be less with tinted eyewear.

Without access to rear screen or viewfinder, I couldn’t be sure that the camera’s autofocus would hone in on me rather than the mirror’s splotchy surface. But you can see success for yourself. Vitals: f/4, ISO 100, 1/100 sec, 28mm; composed as shot.