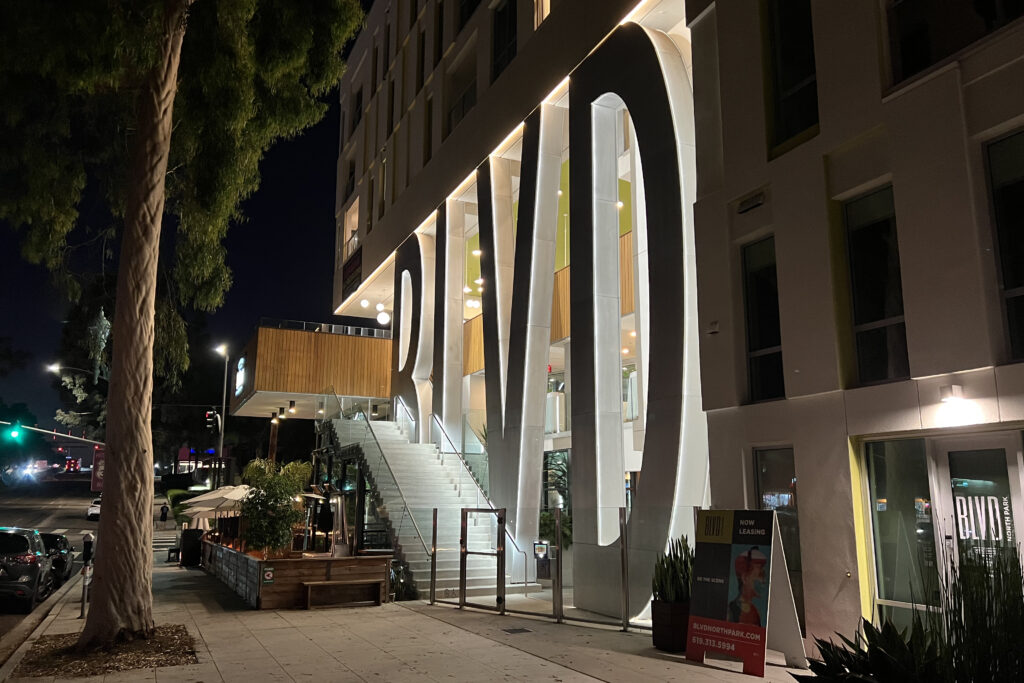 Maybe prospective renters should feel good about BLVD North Park, which rates aren’t monumentally pumped up—being already lofty before dramatic increases across the region. An 831-square-foot two beds and baths goes for $3,700, according to a listing on Trulia. That’s within the range that I recall—rightly, hopefully—when the BLVD property opened to residents.

Now, with context in place, let’s discuss the Featured Image, which prompted the informational update. This evening, I took a stroll down El Cajon, approaching BLVD North Park from Alabama on my way to Florida. The backlit sign could make an interesting street shot, I thought. So I stopped with iPhone 13 Pro and made five snaps. Time wasted, because the first was by far the best—and that is typical and why I rarely capture more than one with Leica Q2 (left home, unfortunately).