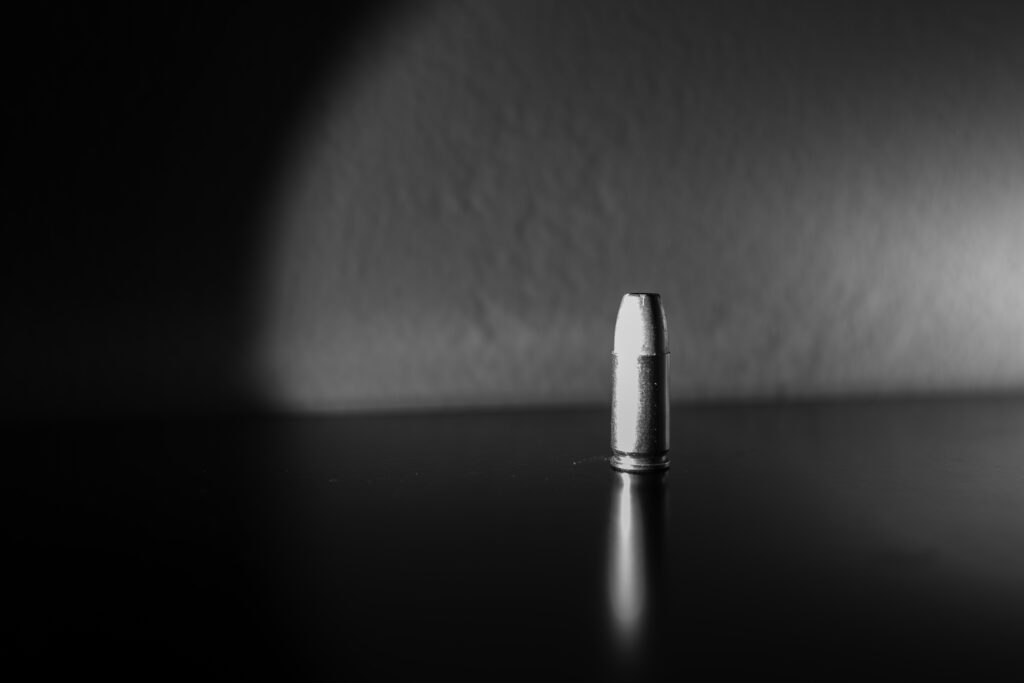 Thus would be our introduction to the DC sniper, who terrorized the Washington metro area, including suburban Maryland and Northern Virginia, for 22 days. The first series of assaults would be personal because so many of the shootings were where we went.

Killer at Large
Late-afternoon (5:20 p.m. EDT) on October 2nd, a bullet blasted through a window at the Michael’s in Aspen Hill, Md. Annie often shopped there. Distance to our house: 5.8 km (3.6 miles). No one was hurt, fortunately. However, a man was murdered outside the Shoppers Food Warehouse on Randolph Rd in Wheaton, Md about an hour later. That was one of our regular grocery stores—5.1 km (3.2 miles) from our place.

The one that mattered most, because of proximity, was the Kensington, Md Shell station at Connecticut and Knowles, where a woman was shot at 9:58 a.m.—0.97 km (0.6 miles) from our home. That was our direct neighborhood. The sniper struck lastly for the day, at 9:20 p.m., killing a man walking on Georgia Avenue near Kalmia Road in the District of Columbia; 8.5 km (5.3 miles) away and a location we would pass by only occasionally, unlike the others.

Close to Home
But backtracking, around 10:40 a.m., with only a friend’s phone call warning, I couldn’t guess what had happened in the preceding hours or foresee what metro-area (and beyond) residents would endure during the weeks ahead. There was no white van. The sniper shot hidden from inside a car trunk.

The immediate danger had already passed, not that I knew. I rushed out the door, jumped in the car, and started searching for my wife along her normal walking route. Seeing something happening down Connecticut Avenue, she chose a different way—not knowing a young woman had been murdered while vacuuming her vehicle. Unable to find Annie, I drove home and waited for her to return.

Because the initial locations were all so familiar, and some where we often shopped or visited, I experienced a kind of Twilight Zone—this can’t be real—sensation in response to the initial killings. Obviously my experience was pitifully personal compared to what trauma the victims’ families and shooting survivors endured. What I feebly try to express: Familiarity made the unfolding drama more real.

Where Friends Were
The majority of the subsequent shootings occurred in Northern Virginia and largely outside our, ah, territory. While gravely concerned about the wellbeing of others, I didn’t experience the same emotional shock. The locales weren’t as intimate.

But there were two exceptions, and one relates to the shooting that literally shook the entire populace’s psyche. Our family has good friends in Bowie, Md and Fredericksburg, Va whom we frequently visited. On October 7, at 8:09 a.m., the sniper shot a 13-year-old boy arriving at Benjamin Tasker Middle School in Bowie. Thanks in part to the fast response of his aunt, the teenager survived.

We knew Bowie well, including the area around Benjamin Tasker. Like many other people I wondered: What parent wanted to send their kid to school after that? Attack against a child demonstrated that the killer would cross any bounds.

Taunting Change
The school shooting marked one of several seemingly meant to mock public official statements and news media reports. One example: On October 14, at 9:15 p.m., the sniper shot and killed an FBI analyst nearby her car in a covered parking garage; location that seemed safe, wasn’t.

Three days earlier, at 9:30 a.m., the sniper killed a gentleman as he filled up his tank at an Exxon station near Fredericksburg. We would drive by there when visiting friends. Again, my reaction was something Twilight Zone-like unsettling disbelief.

Strange how taunting attacks changed behavior. Before the sniper’s arrival, many local women would chose to fill up at well-lit gas stations; they felt safer from assault. Afterwards, filling up at night, and in darker quarters, came to be a more common practice. How strange is that?

Happy Halloween
As October 31 approached, trick-or-treating looked like the last activity anyone would welcome. But unexpectedly, and dramatically, one week earlier, at 3:15 a.m., Maryland State Troopers captured the sniper and his accomplice at a rest stop that was off of I-70. The threat ended, at last.

Halloween was happy indeed that year—more festive than any other that I recall. The weight of real fear removed, spirits lifted—and I don’t mean ghosts or goblins. There was such a light feeling and sense of relief everywhere. You could see burgeoning community camaraderie among a citizenry that (sadly) shared something in common.

I don’t remember if Annie bought Halloween decorations at the Michael’s in Aspen Hill. I often thought about the bullet hole and what it foreshadowed. Meanwhile, the Shell station was too close to home to forget, particularly because even many months later flower bouquets would pile up where was stolen the life of a 25-year-old woman.

Well, what a morbid thought upon which to end.