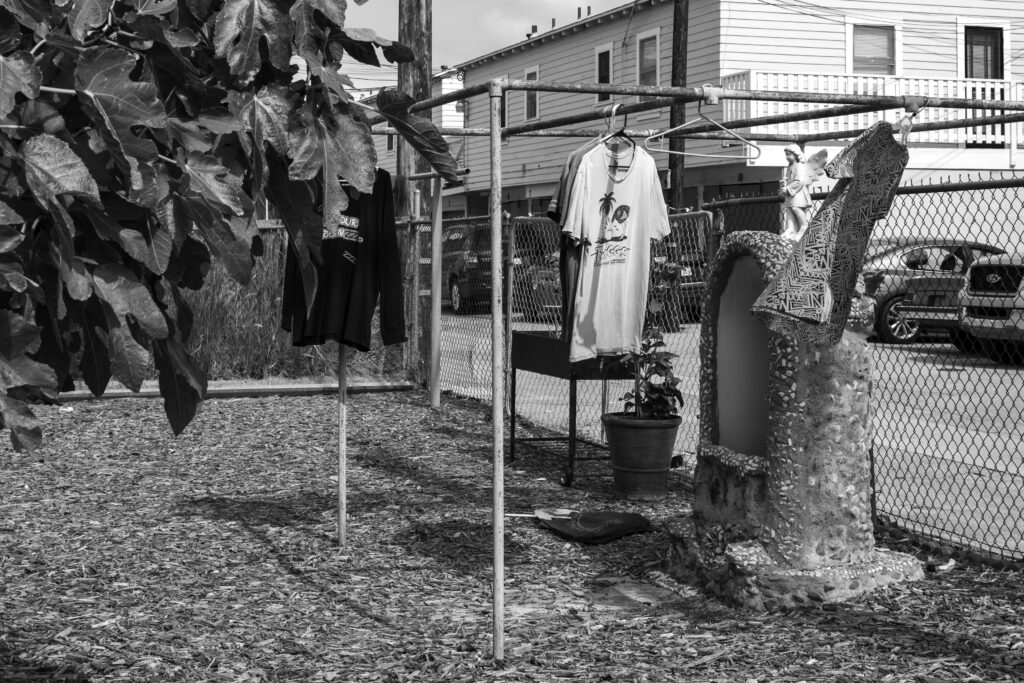 Ah, if only we had term limits for the U.S. House and Senate. But, of course, the people who could pass the appropriate laws are whom would be affected by them. Want a second to go back and read the last sentence of the previous paragraph again—regarding conflicts of interest?

There is a whole lot of dirty laundry in the halls of government—whether federal or local. Your vote could clean the machine and air out some of the filthy garments. Honestly, better to toss some than try washing, which is why I suggest that you vote those lifers out. They’re too frayed to save—and they smell bad, too.

That brings us to the fresh, drying laundry that I came upon in a San Diego alley three days ago. I don’t see many clothes lines or racks in my neighborhood of University Heights. This one prompted the Featured Image and accompanying commentary you are reading. Vitals, aperture manually set: f/8, ISO 200, 1/640 sec, 28mm; 12:09 p.m. PDT; Leica Q2 Monochrom.