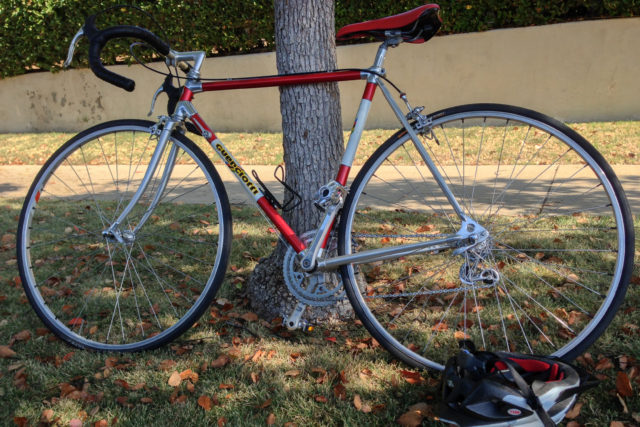 This afternoon I took my Guerciotti bicycle out for what likely was a last ride. After long deliberation, I decided to sell the vintage roadster—and two prospective buyers are tussling for ownership. The bike was a self-given birthday gift in 2013 that I sadly part with. But I tend to walk more than ride, and the 12-speed takes up valuable space (blocking access to the closet in my office). This beast demands to be ridden. Often. And it deserves an owner who will do just that.

During that last ride, while pulling up to Adams Ave. along Mississippi Street, I spotted a set of keys on the ground by a black Toyota Corolla parked behind another vehicle by the Stop sign. After assessing possible places the owner might be, I asked the restaurant right on that corner to take them, reasoning: Likely place for someone to ask if keys had been found. I later posted just-enough limited information on the NextDoor social network, encouraging: “Leave a tip. It was kind of the eatery to take the keys rather than me put them back on the street by the driver’s door, which is where I found them”. 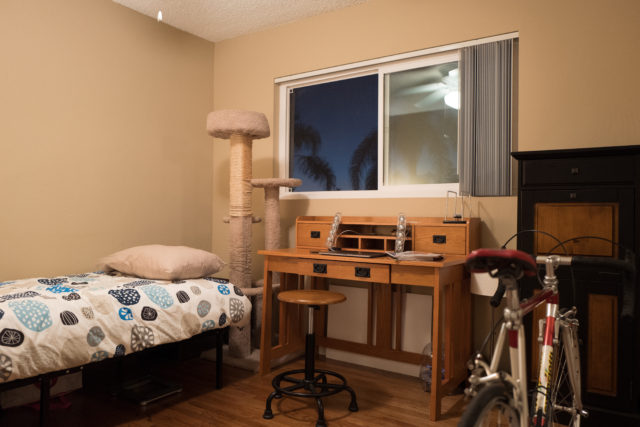 The workspace in our new apartment is something for me to be immensely grateful for this Thanksgiving. While the smaller of two bedrooms, one benefit is larger: The expansive window that looks out onto the street. Hehe, the cats and I share the view, which is on the same side of the building as our living room wrap-arounds. The dimensions offer better usable area than the larger room from our old flat.

The Featured Image, captured at 5:27 p.m. PST yesterday, using Leica Q, shows the view from the doorway. Vitals, aperture manually set: f/2.8, ISO 2000, 1/60 sec, 28mm.  My vintage Guerciotti bike, held upright by Saris “The Boss” stand, is in the foreground. Looking straight down from the roadster to the wall is the Casabelle Mail Center, which I purchased from Pier 1 Imports in late-Spring 2009 for use as my primary writing place. I now mostly use the handsome piece for storage and as pseudo-standup desk. 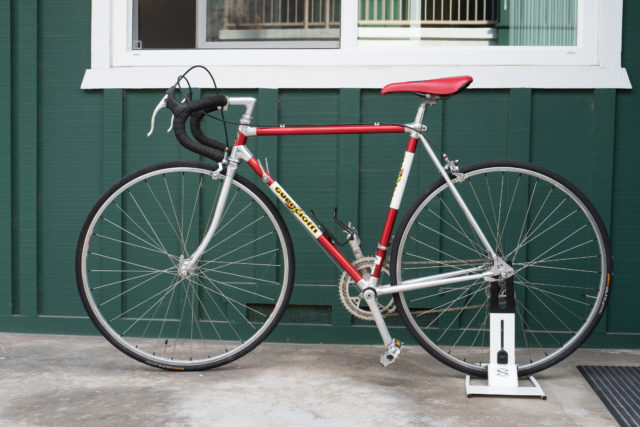 I prepared, in changing residences here in University Heights, to abandon my beloved, vintage Guerciotti bicycle; the roadster was a self-given birthday present, four years ago. Our new apartment has no garage and, as such, considerably less storage space.

However, because we downsized the spare bed from full to twin, and because of the better dimensions of the room replaced, place could be eked out for my classic bike. Using a stackable stand, Annie could keep her bicycle, too. But she chose to let it go. 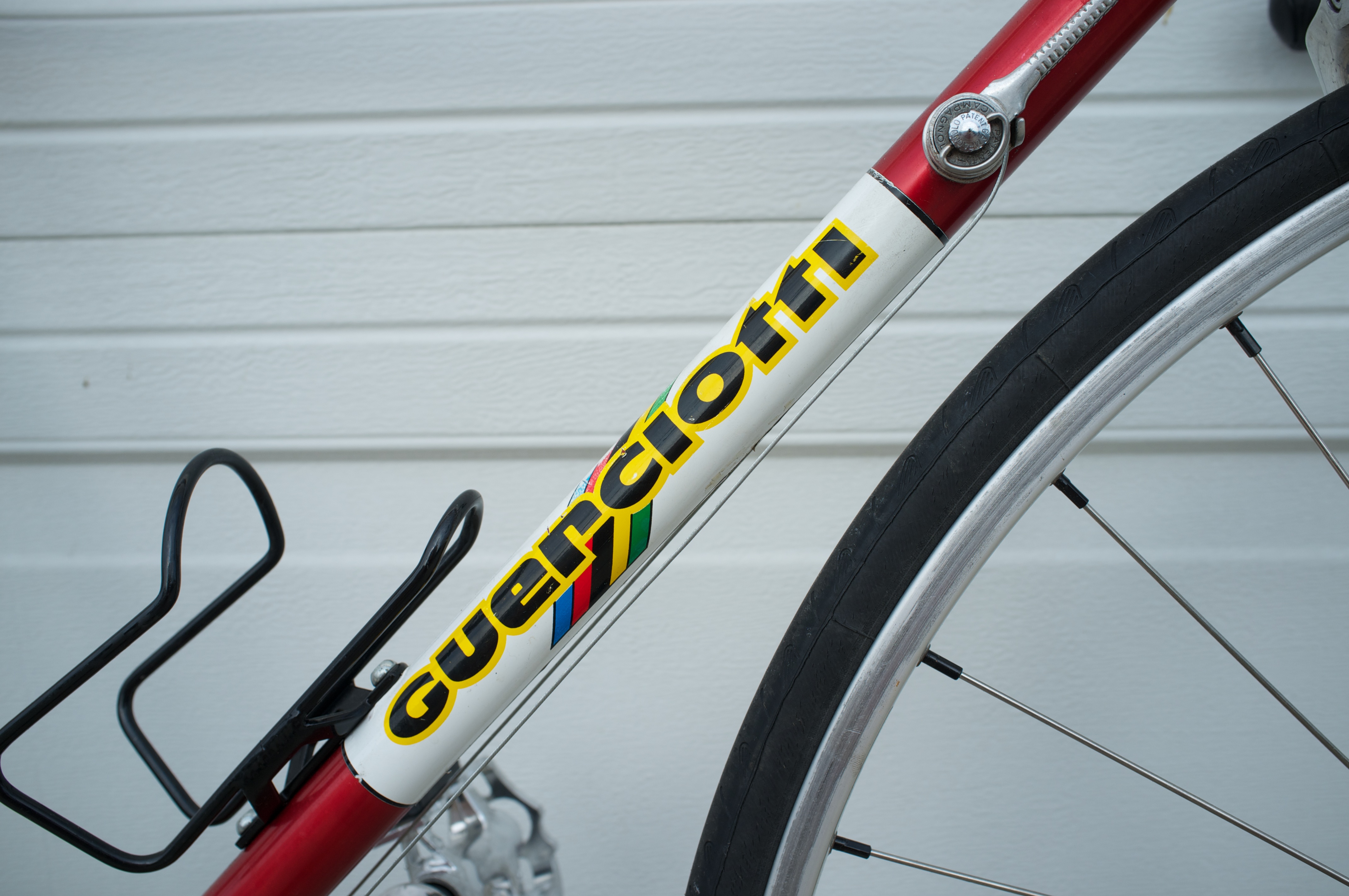 I took my Guerciotti bicycle out on the road today—perhaps the first time in over a year. That’s a bad habit I must cure.

I bought the roadster from a shop in San Diego’s North Park municipality that sells older road warriors. Near as my limited research reveals, and please someone correct me, this is a mid-1980s Sprint built around an Alan-made Aluminum frame (Corsa 487 tubing). She’s light—I’d guess not much more than 9 kilos (20 pounds) as rigged. Major components are Campagnolo-made, including the rims. 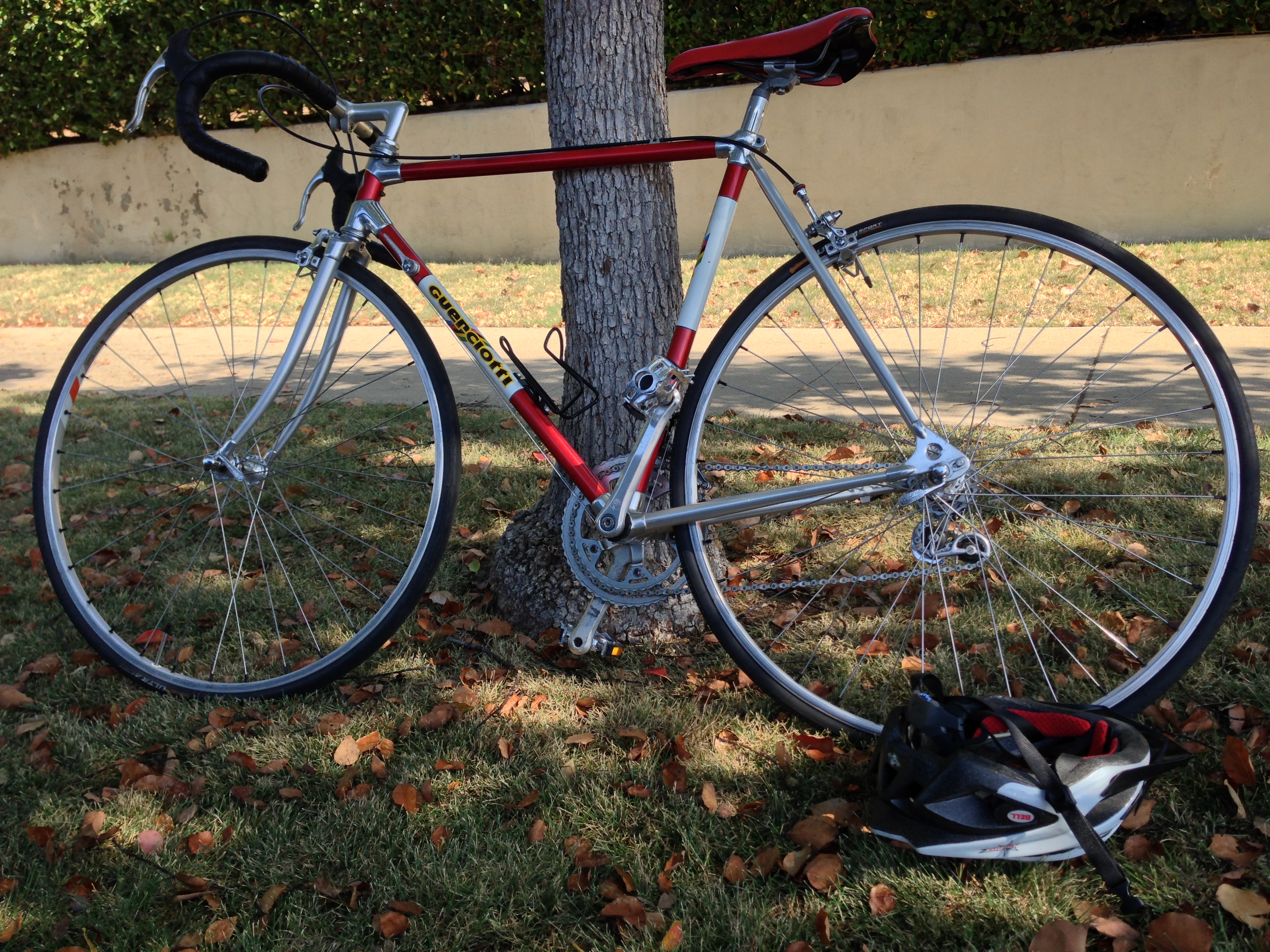 My daughter broke down with our Toyota Yaris overnight. Waiting on AAA now. Lucky I have alternate transportation. 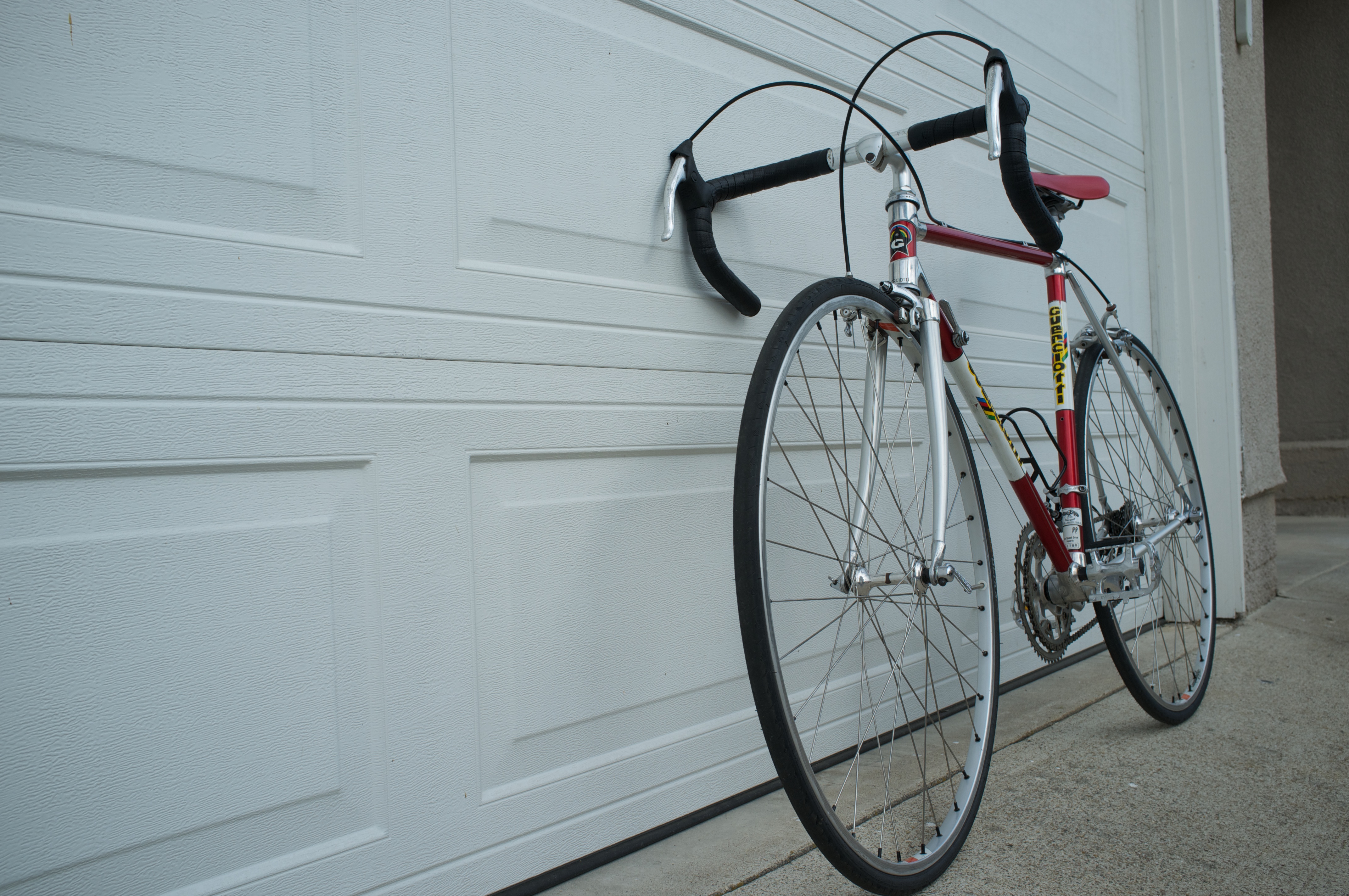 For my birthday, I bought a classic Guerciotti bicycle—from the 1980s, I believe. I sold my Masi Speciale Fixed to buy this beauty. I will truly miss Masi, but she goes to an owner who like me needs a smaller frame (51cm). I move up from a fixed-speed to gears, which suits my plans to ride lots more, lots farther. I wanted a lightweight, quality bike that offers much while looking less attractive to casual thieves, and the decades-old Italian road bike was available from a shop selling used roadsters.

I searched first for a 1970s Schwinn Super Le Lour II or Paramount but those coming on Craigslist were too large. The Guerciotti frame, with Corsa 487 tubing, is 53cm. That’s a tad larger than I should ride but nevertheless manageable.