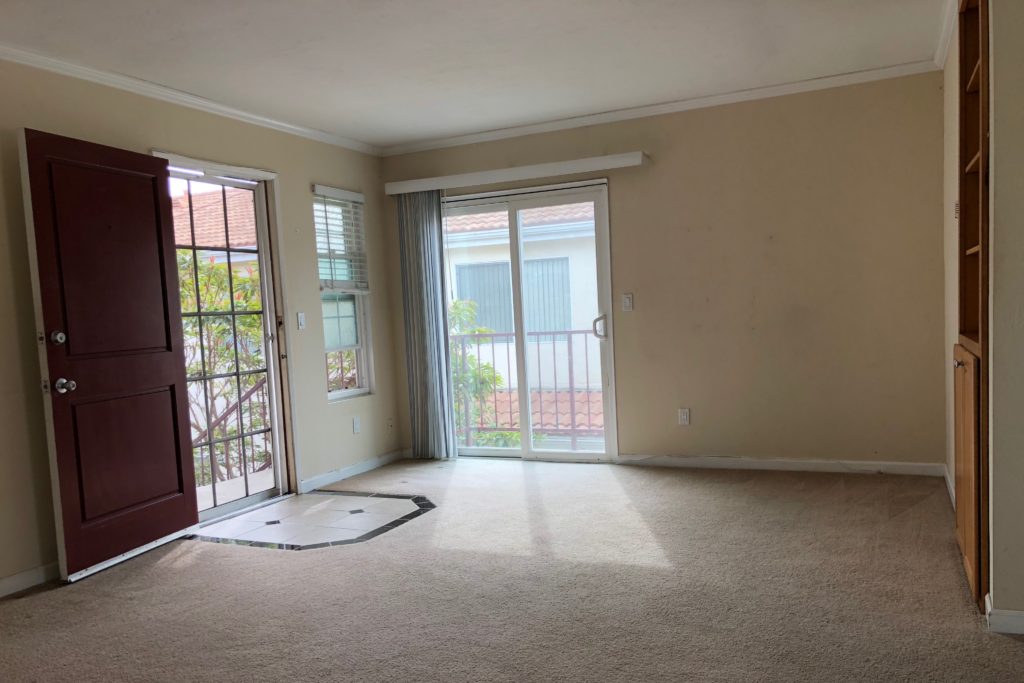 The apartment sat over the laundry room and garage, which meant we had no one living beneath us. The dining room window looked directly down into the adjacent alley. The two-bedroom, one-bath residence also came with a balcony and provided 850-sqaure feet of living space. Our new place is smaller, 772 sq ft.

The company managing the 9-unit Cleveland Ave. property has posted six photos with the listing. They make my shoddy shots look magnificent. I am rather shocked so little effort was made to showcase the apartment’s charms and character. As a memento that my family can look back on, and to publicly add to our story, I share my photos. Anything empty is from iPhone X; images were cropped to 3:2 ratio. Habitation shots are older.

The Featured Image looks across the living room to what was the main cat area—front door, stairway window, and balcony slide-away. The animals had expansive view plus lots and lots of sun. 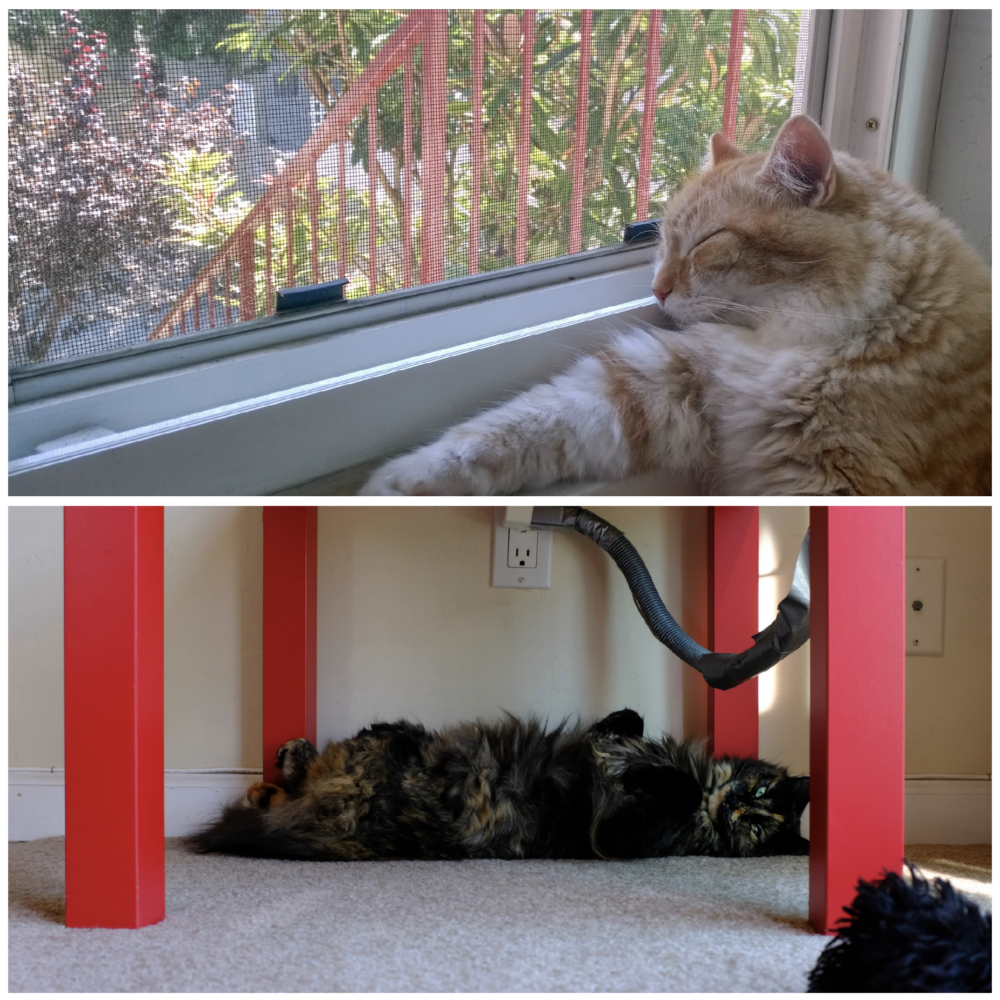 The second photo shows Neko above and Cali below the IKEA Lack table placed by the front window, which we kept open, regardless of weather, day and night every day of the year. From there, the cats looked out into the courtyard, where they could see birds and the neighbors. 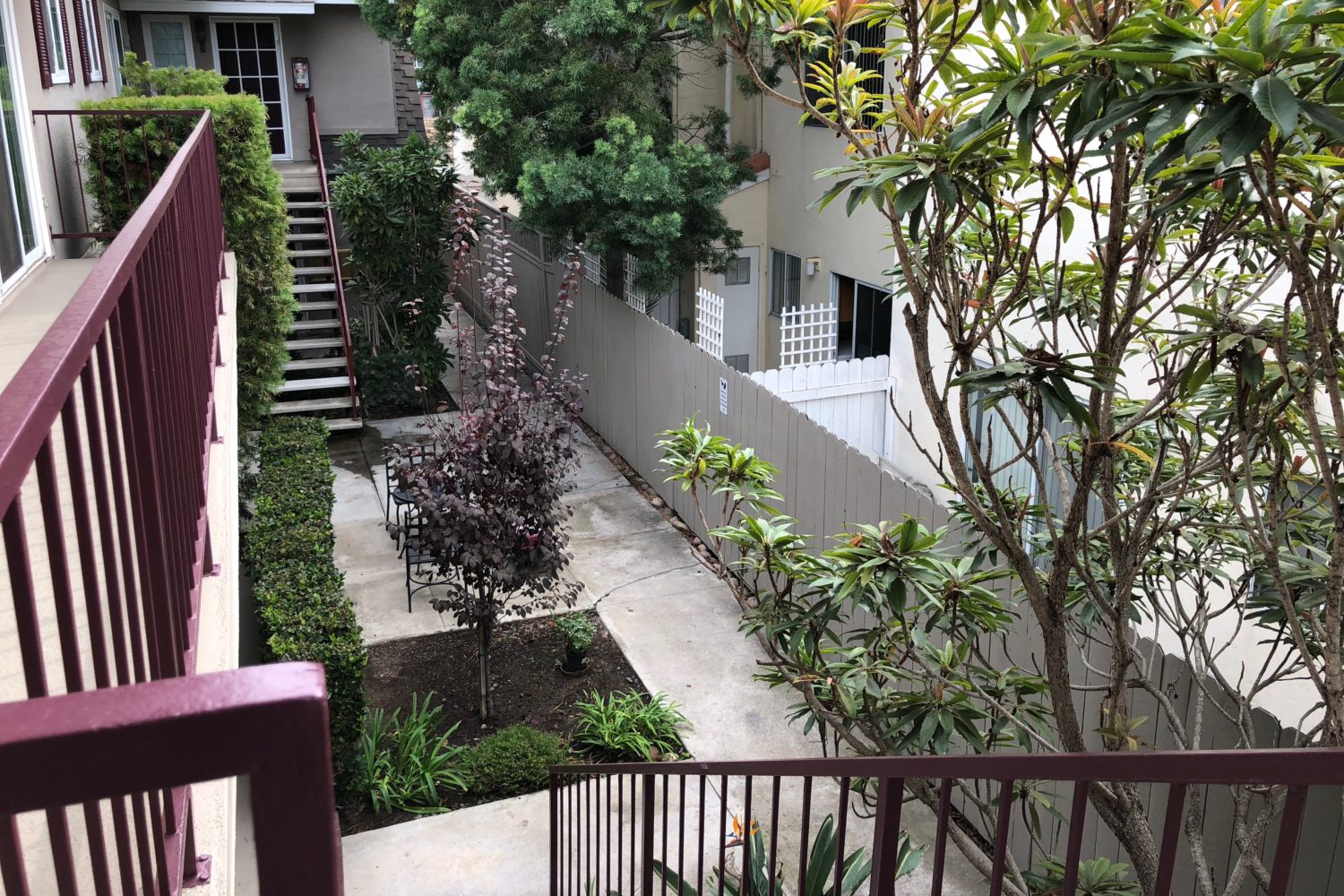 The third pic is the last shot on our last day, with the view down into the courtyard. Barely visible behind the center tree is a table and chairs that my wife and I bought for community use. 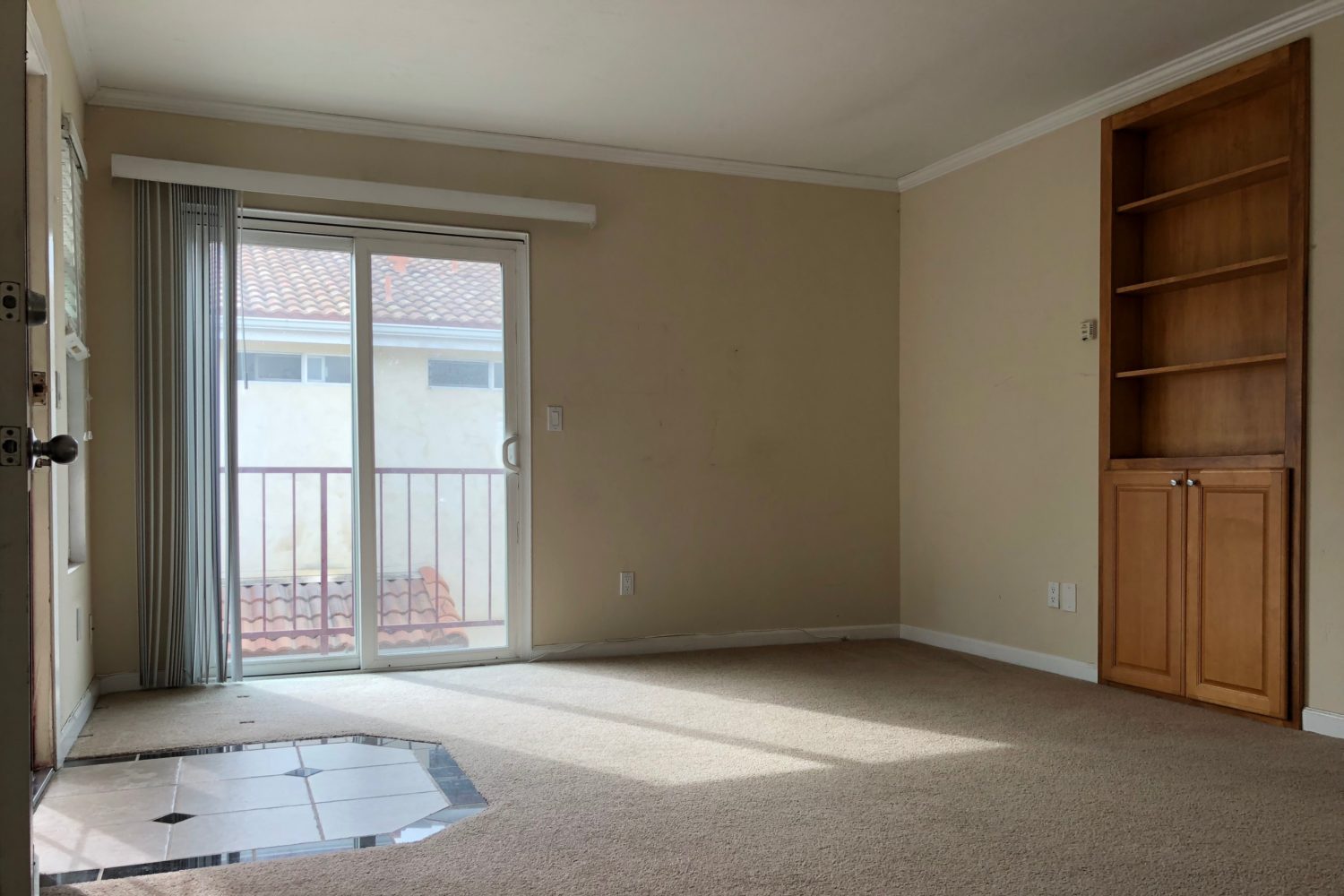 The fourth image looks  into the corner that served as several versions of my office workspace—with new desks put there in 2009 and 2016 (we still own both). 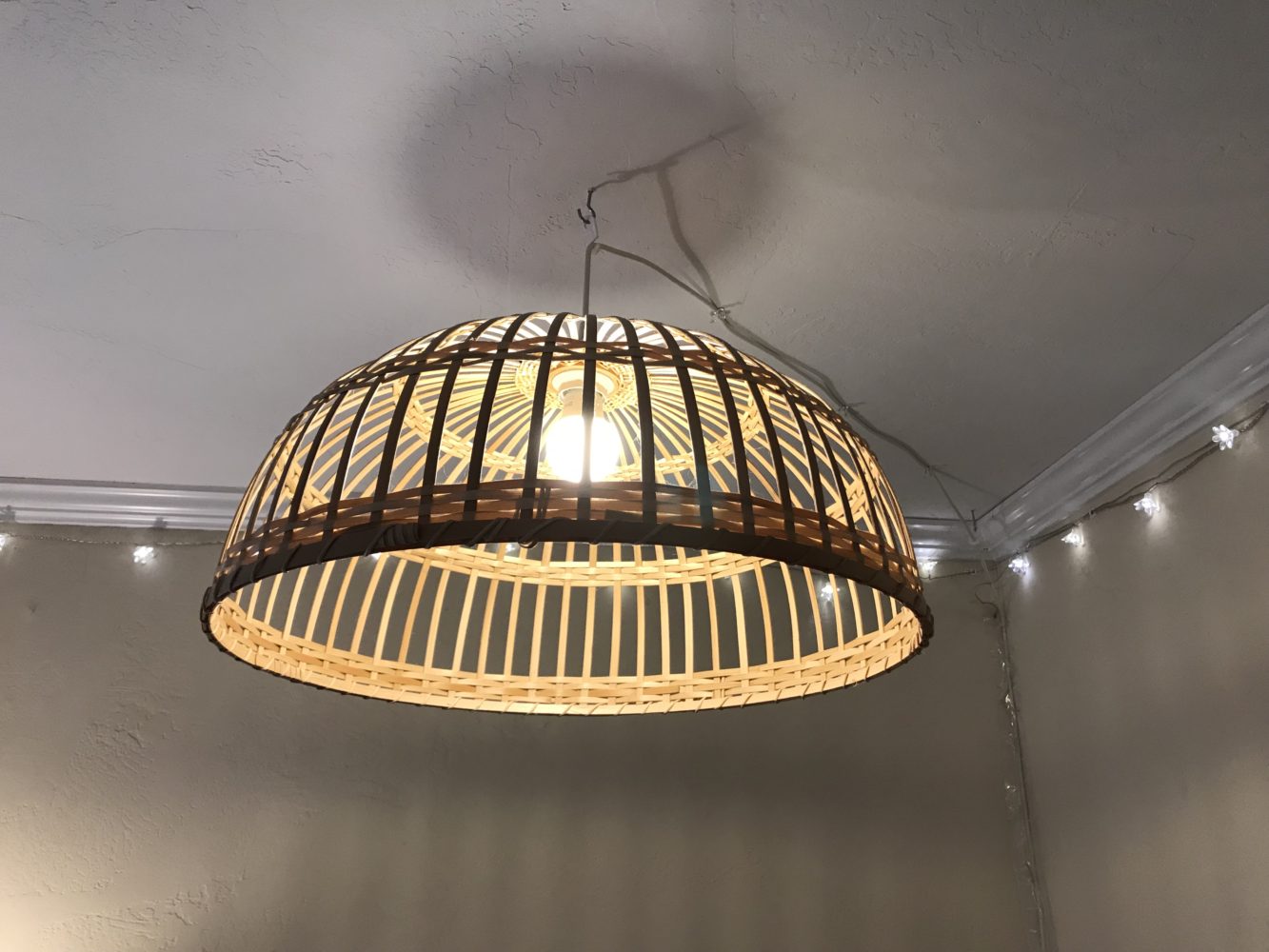 The fifth capture is from November 6, when we considered selling, but later kept, the lamp hanging over my corner workspace. The dangler is from IKEA’s 2015 Nipprig Collection, which major furniture pieces we purchased. Look up! String lights adorned the living and dining rooms and the bedrooms. 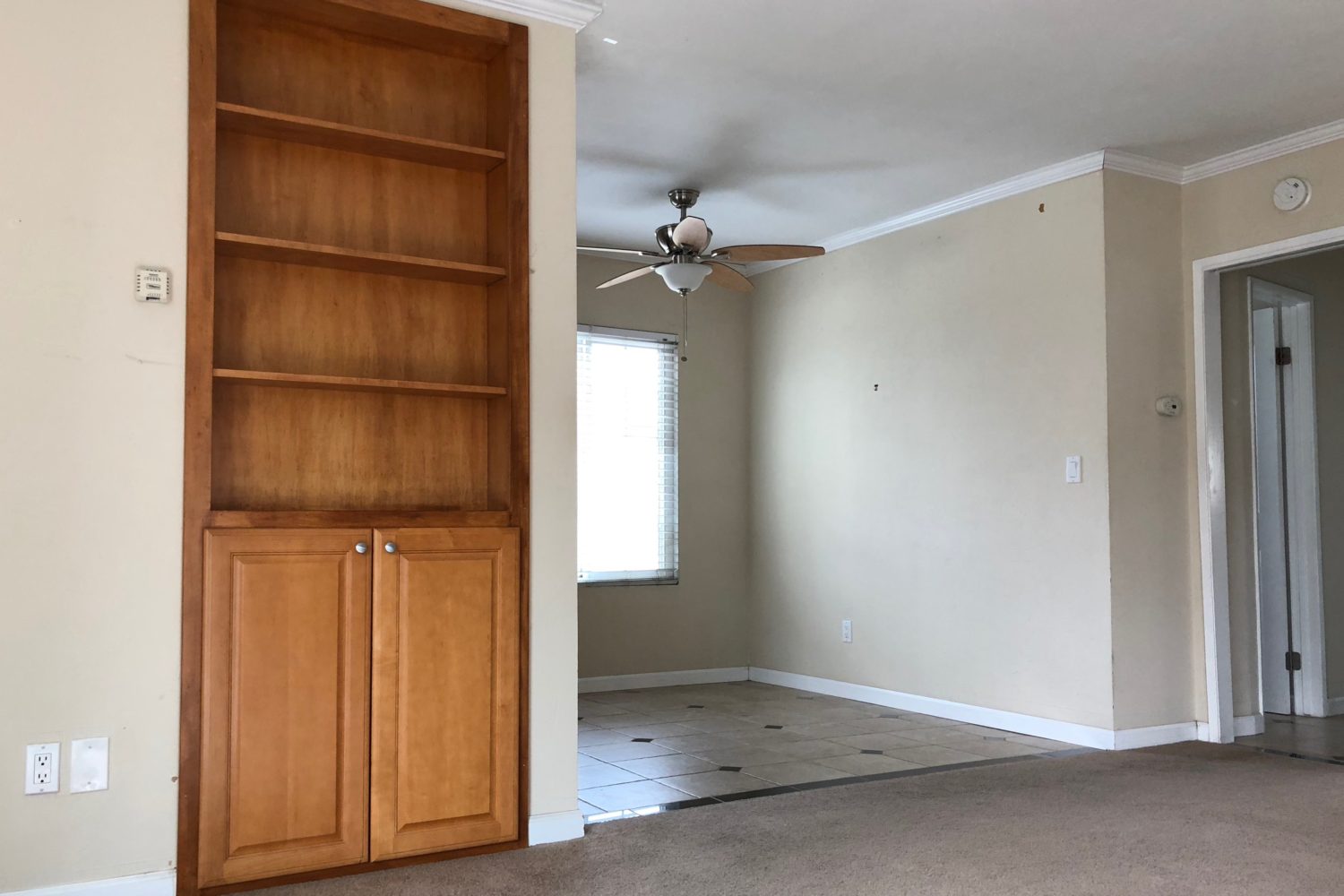 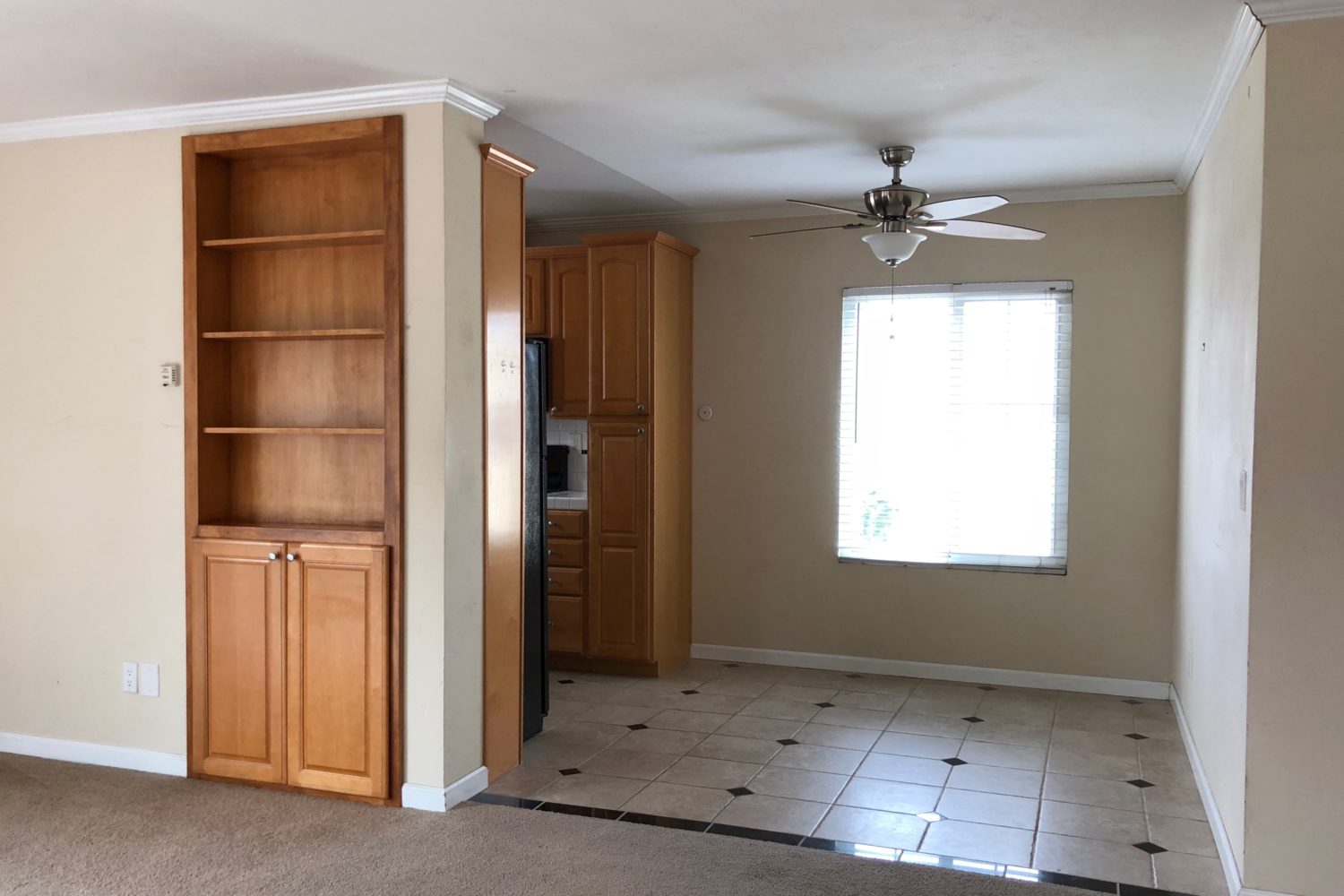 Numbers six and seven look from the living room into the dining room. An exercise bike sat along the window, providing view for me while I burned calories and secondary perch for the cats. The garage is beneath and alley adjacent below. 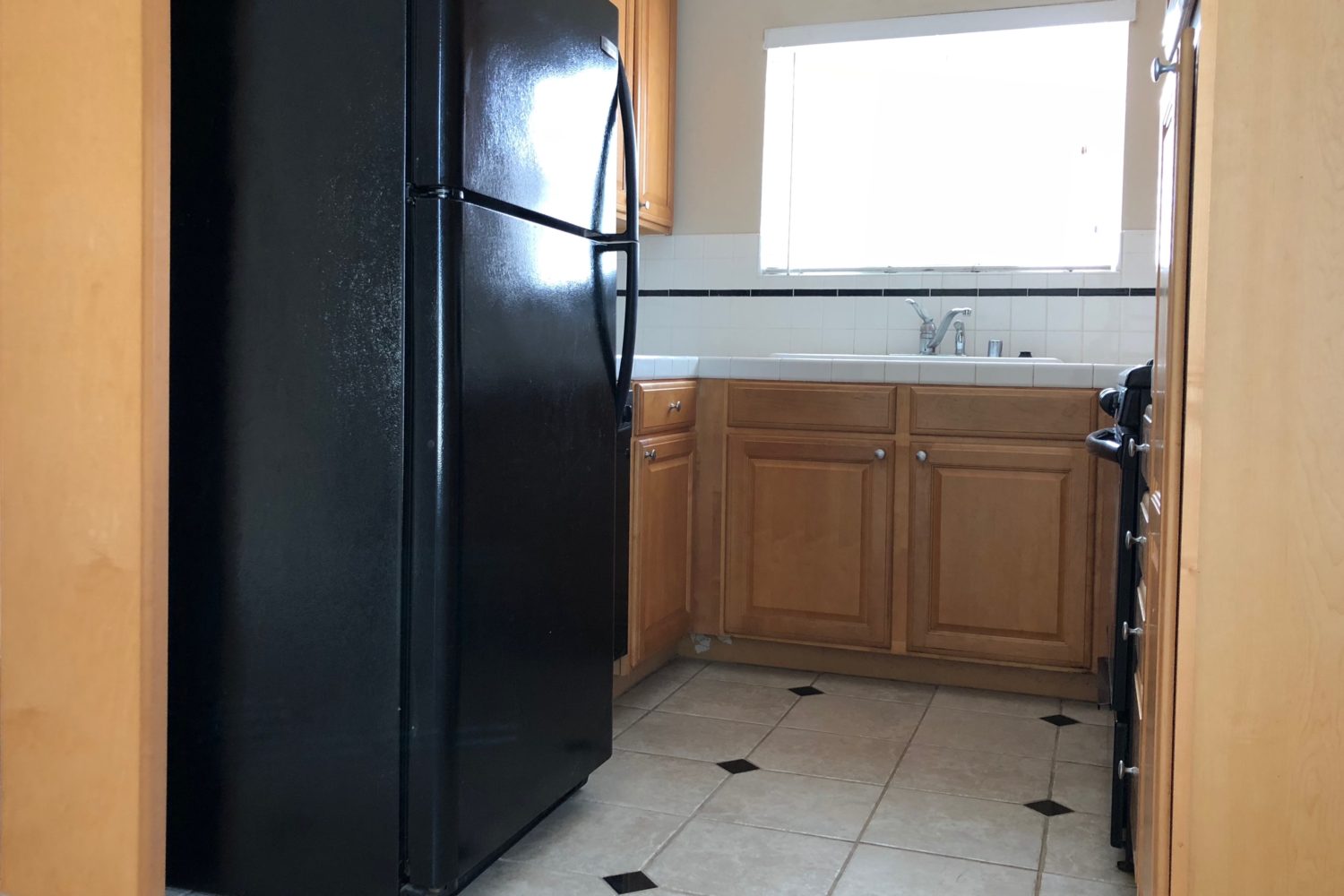 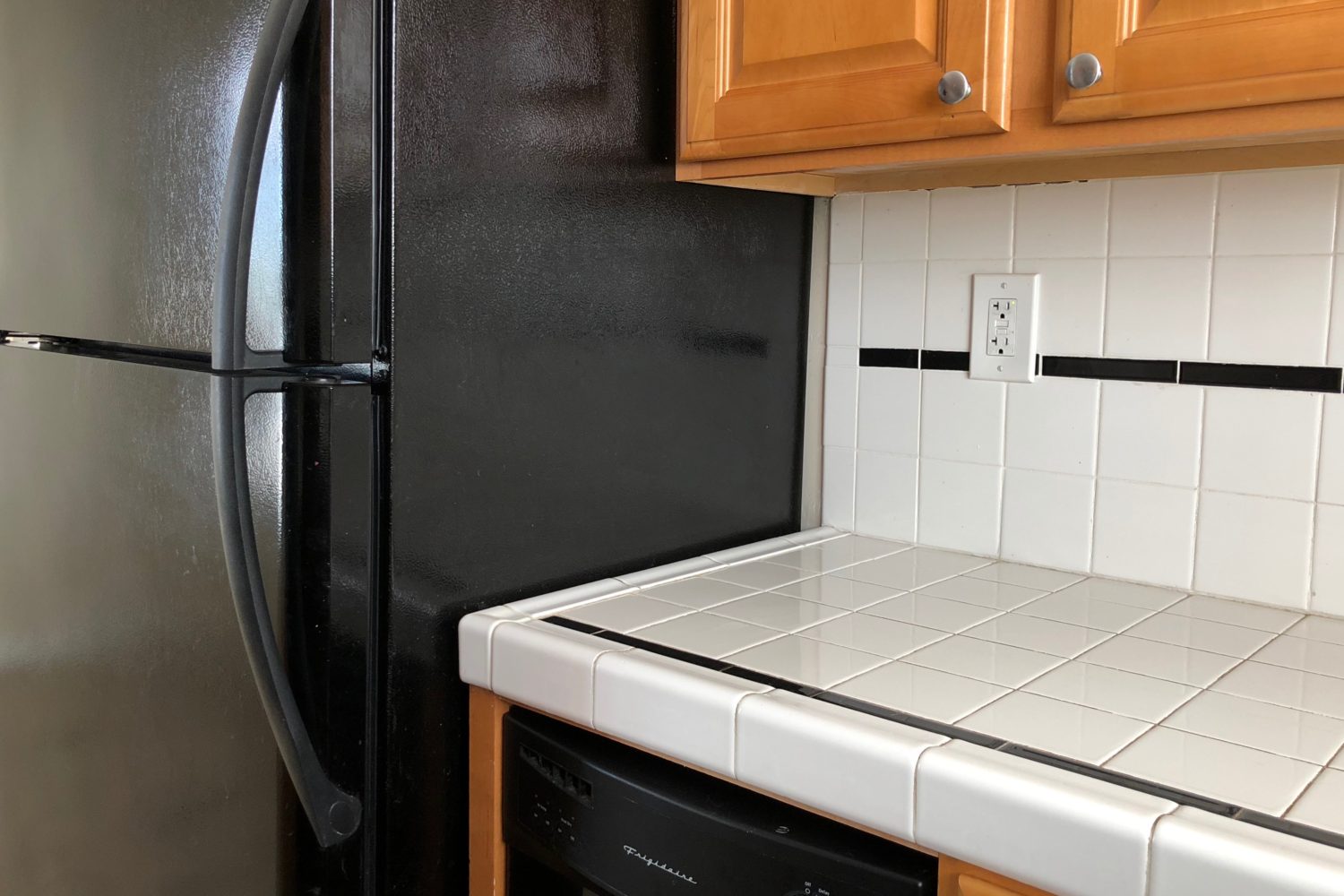 Eight and Nine showcase our tight, tastefully-designed kitchen, with wonderful window that looked down the alley to Monroe Avenue and to Kuma’s House. The refrigerator was so noisy we often had to watch television with closed-captions on. 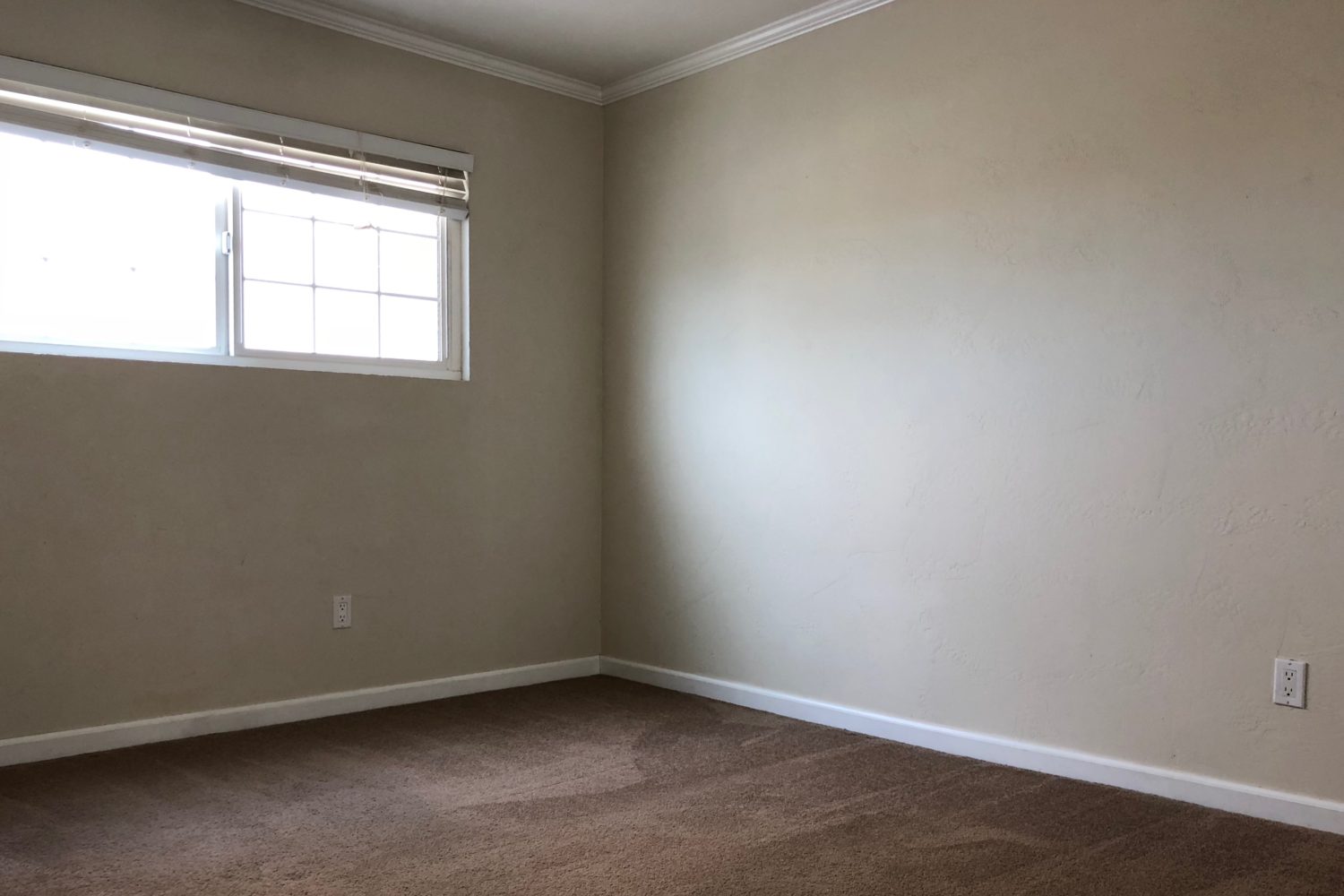 Number 10 peeks into the master bedroom and its single window. 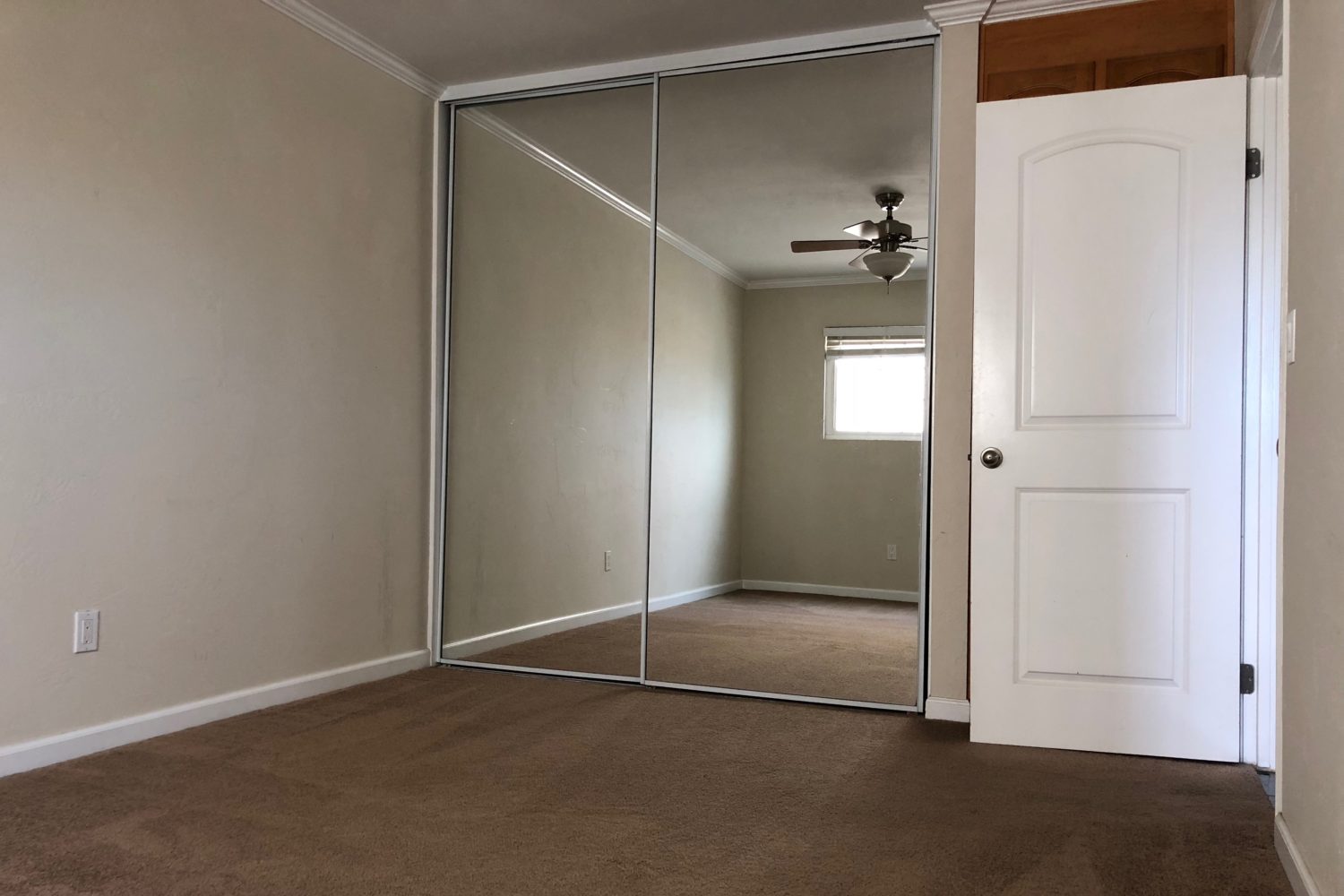 The eleventh image looks at the sliding doors covering the master bedroom’s massive closet. Mirrors are okay but our preference. 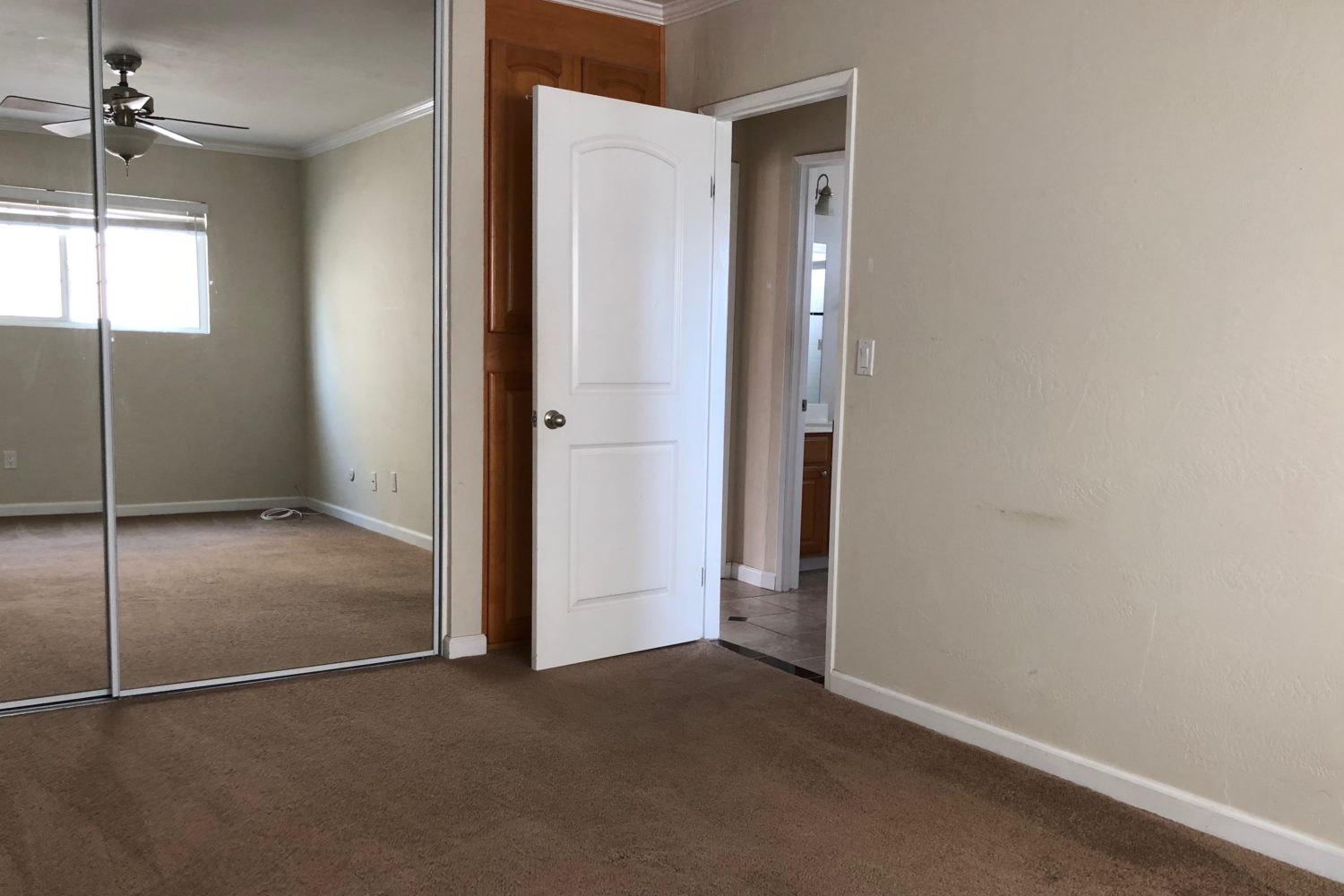 My bad, with the twelfth photo: You can see the door into the hallway and bathroom entrance, but the linens built-in is mostly obscured. 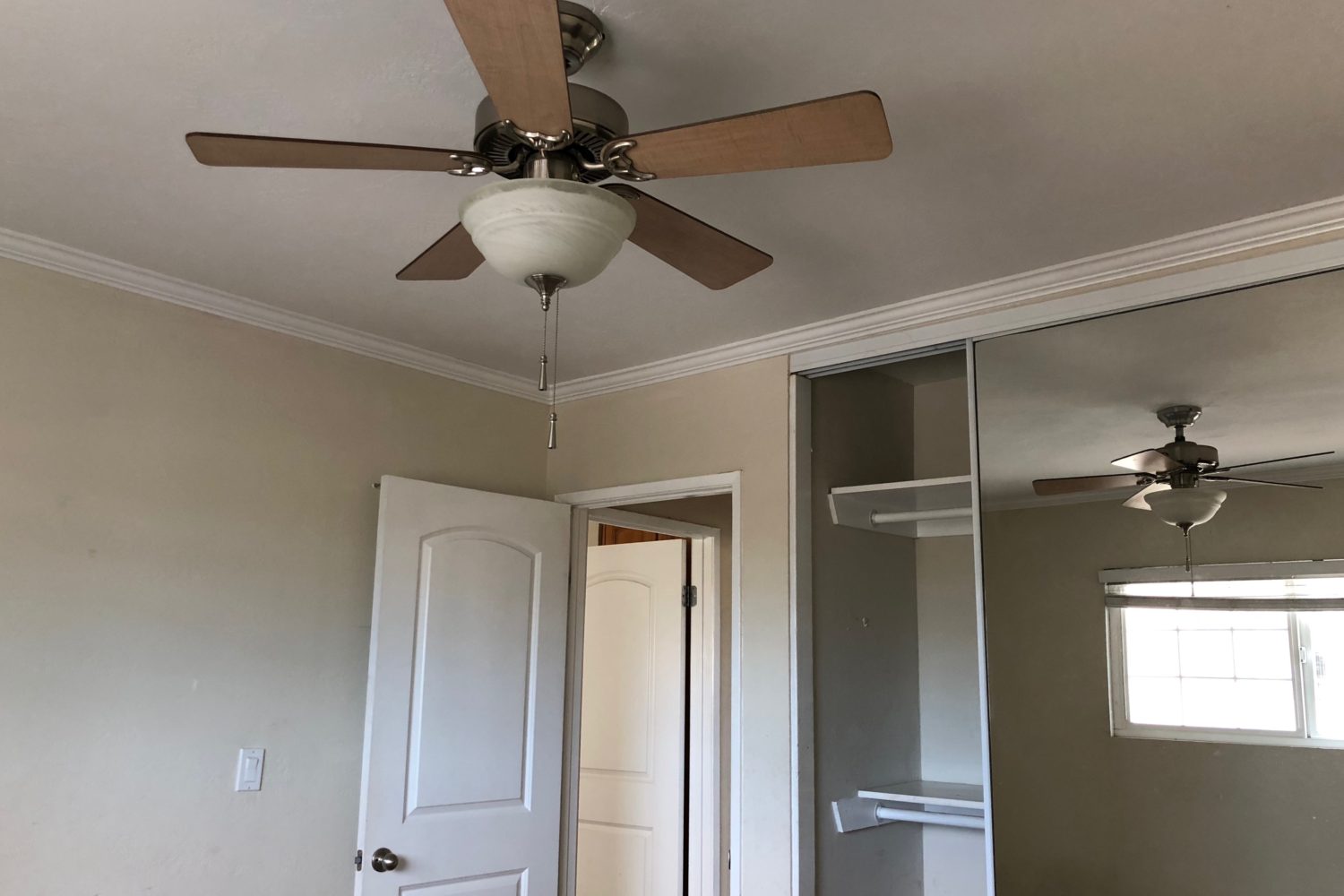 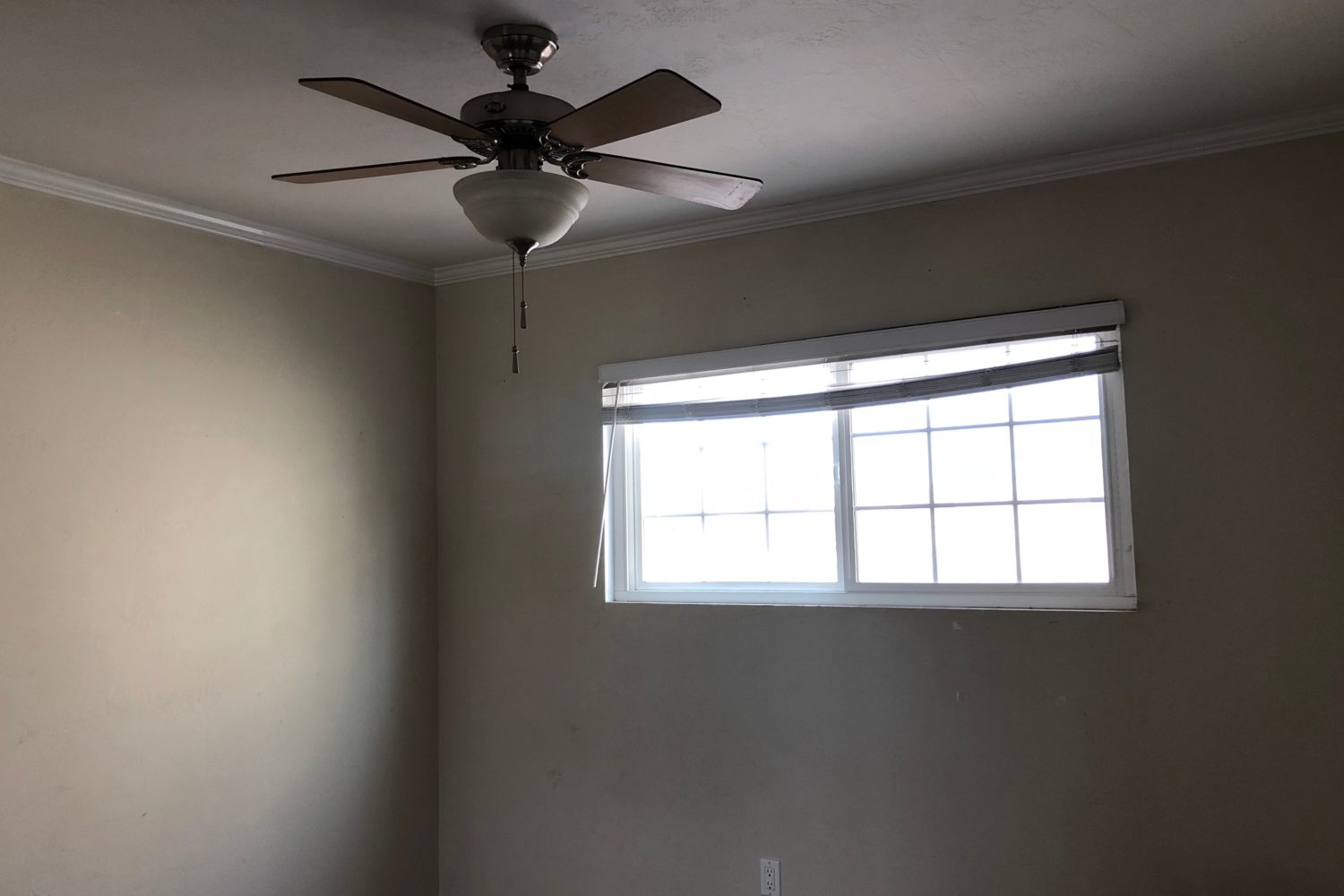 Numbers 13 and 14 present the smaller bedroom, which also served as an office once my daughter went off to college. A fairly constant—and often cool—breeze blew down the alley through the window. 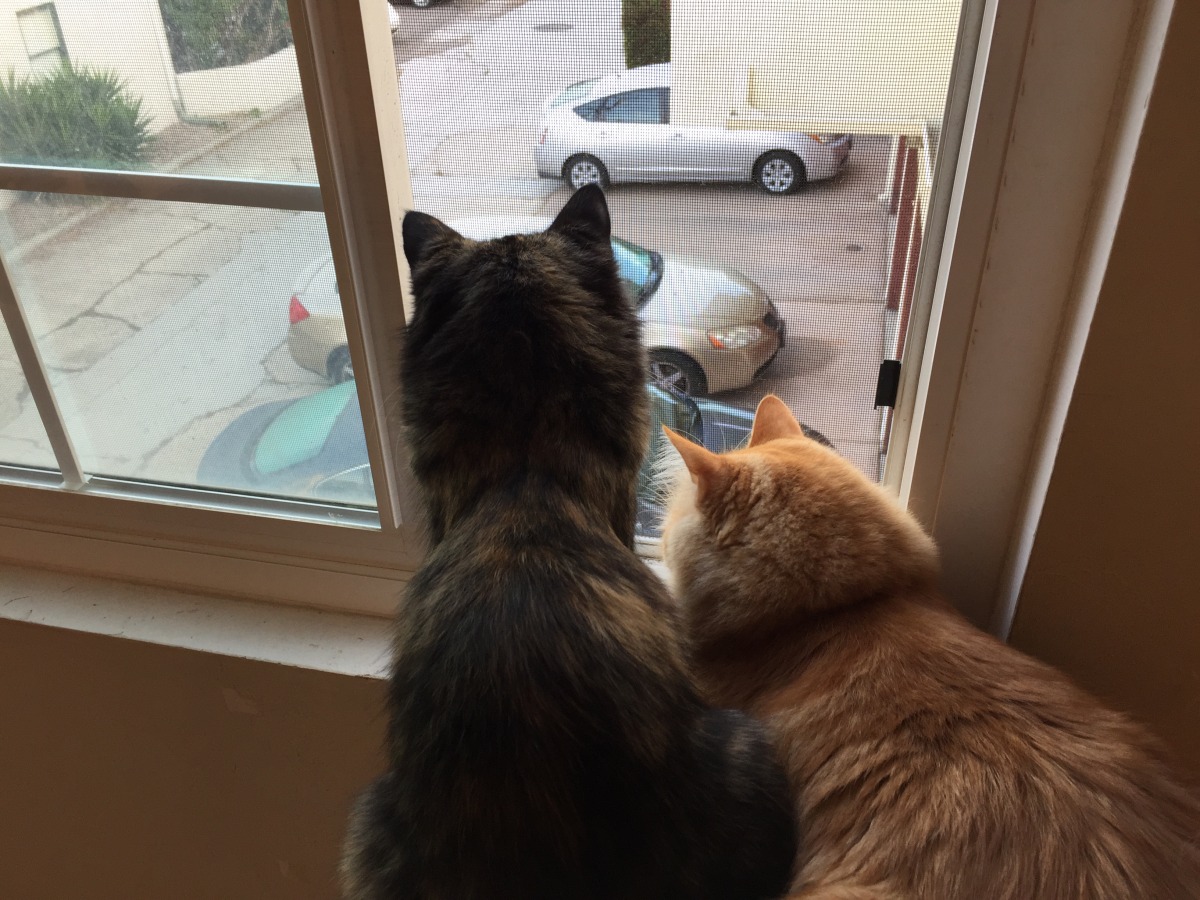 Lastly, in an older portrait, Cali and Neko nestle onto the cat tree, looking down the alley from that window. In the distance, to the left, is Kuma’s Ledge.