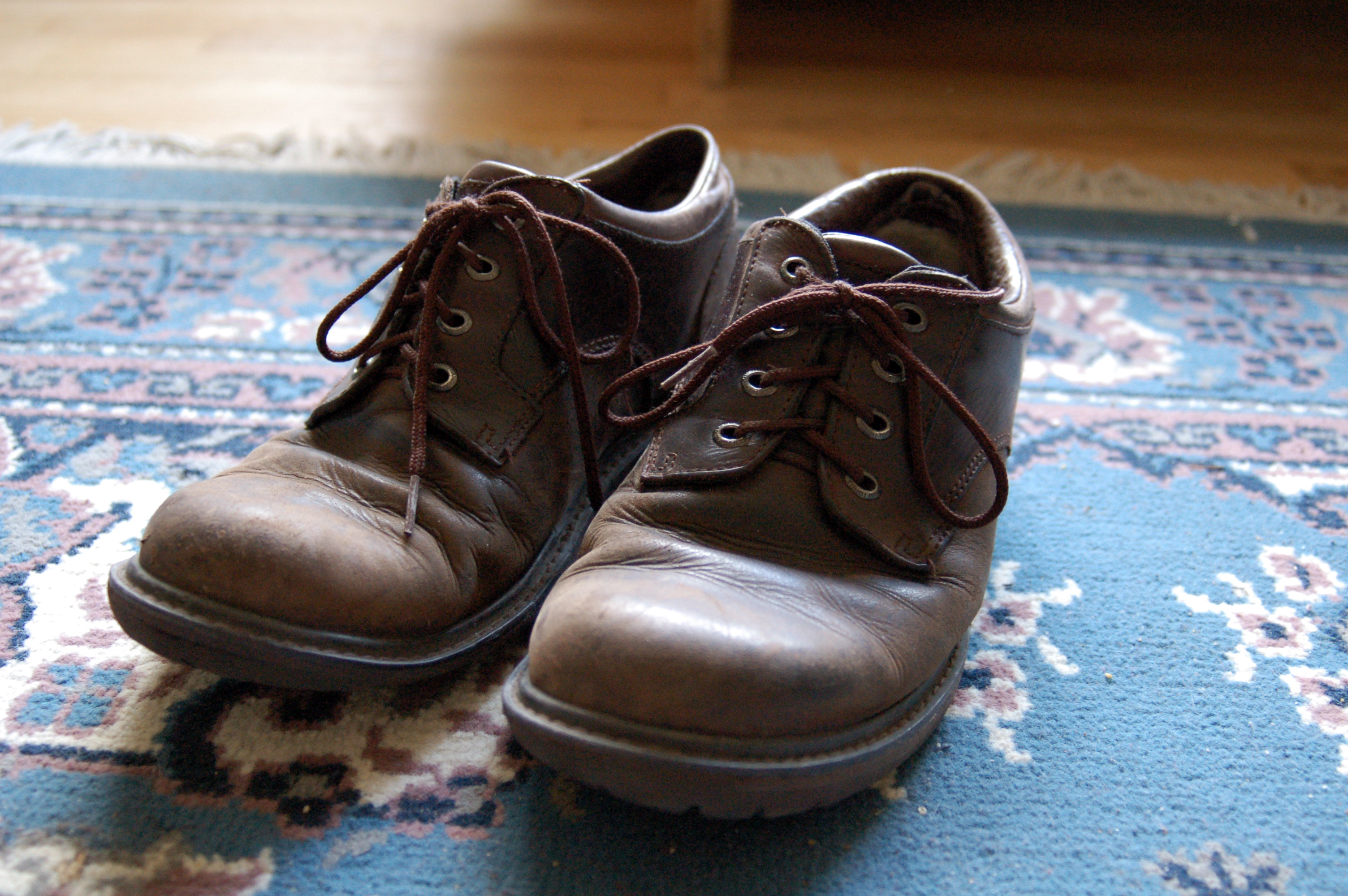 This afternoon, on what turned out to be an uncharacteristically summer-like day, I walked toward the veterinarian’s office to see if Mittens the stray survived her fender bender. Turns out the real bender—chug-alug-lug—was the man who first came to our door about the car-struck cat. He walked back from the direction of the vet’s, in socks. No shoes! Sure the day was warm, but not for going down the street in socks.

Turns out he drank up overnight and someone stole his shoes and jacket, or so he claimed, during a blackout. “Could you help me out?” he pleaded. I felt somewhat entangled because of yesterday’s goodwill with the cat. The guy said he couldn’t go back to his “woman” without shoes. I decided to be generous, and gave him a good pair that I don’t wear anymore. He took the shoes and disappeared. I had my misgivings, because sometimes some people take advantage of generosity.

As for the veterinarian, my daughter and I spoke with her. The cat will make a complete recovery. Overnight, she tended Mittens, which had a punctured lung, and the woman was about to wire the kitty’s broken jaw when we rang the bell. The cat, which is completely wild, will stay a few weeks with the vet, who will seek a nice barn in the country for the animal.

This afternoon, I briefly spoke with my neighbor across the street about the run-down stray. He delights in the neighborhood feral cats, which have reduced the number of rats around his house in the basement. Strange, I’ve seen no rats here, but we’ve been feeding a stray cat for almost eight years. Maybe he’s more the mouser than I realized.

Few hours after chatting with the neighbor across the way, my daughter and I piled into the Volvo for a drive over to the mall. As we passed another neighbor’s house two doors down, someone who looked suspiciously like the guy without shoes pounded on the door. “Oh. Oh”, I thought. “This guy is shaking down the neighborhood”. I turned `round, drove back and pulled into our driveway. As we passed the neighbor’s house, I could see the guy chatting with people. My daughter and I drove off again, but not too far. “I’ve got a bad feeling, honey”, I told my daughter. “That guy’s working the neighborhood. I don’t want him bothering mommy”.

Back home we drove, and sure enough, the guy was at our door, speaking to my wife. I quickly and assertively got out of the Volvo and walked up to the man, who, yes, was still wearing the shoes. I felt a certain authority and confidence, because I had given them to him. The situation put the freeloader in my debt and gave me some authority, meaning his resentment wouldn’t be a problem, just drunkenness. The guy wanted $4 to go home. Seeing as he lived in a town about 20 miles away (or so he said), I felt pretty certain four bucks wouldn’t get him anywhere near home.

I gave him the money and a message. “You know, some of the people who live here are pretty fussy about strangers knocking on their doors”. I motioned to the houses on the sreet. “You keep hanging around here, and someone is going to call the police”. He got the message and, after shaking my hand several times, disappeared into the darkness. Frankly, he didn’t seem like a bad sort. His clothes were clean, as was he (OK, other than residue of an all-night bender). He’d been drinking is all.

Soon as I checked on my wife and daughter, I headed out the door to visit with the neighbor two doors down. He deserved an apology and explanation. Coincidentally, or not, he was walking to my steps, as I opened the door. I went out, apologized, explained the sequence of events, and learned that he had in fact called the police, so my earlier threat had meaning, after all. I can’t blame the man. He’s a hell of a nice guy, and he has been through a lot. This year, cancer killed his wife, making him a widower with a young son.

Following the visitation, my daughter is terrified. She is eleven, after all. She worries that the stranger is somehow dangerous. I don’t think he’ll return and, frankly, I hope he safely gets home–and on the wagon.

The incident offers several lessons. Generosity is never misplaced, and it creates authority. People have their innate nature: the indebted can’t easily act out of anger or resentment. When I walked up to the door, my wife told the guy to talk to me about the $4. “He already gave me the shoes”, he told her. The gift had power over him.