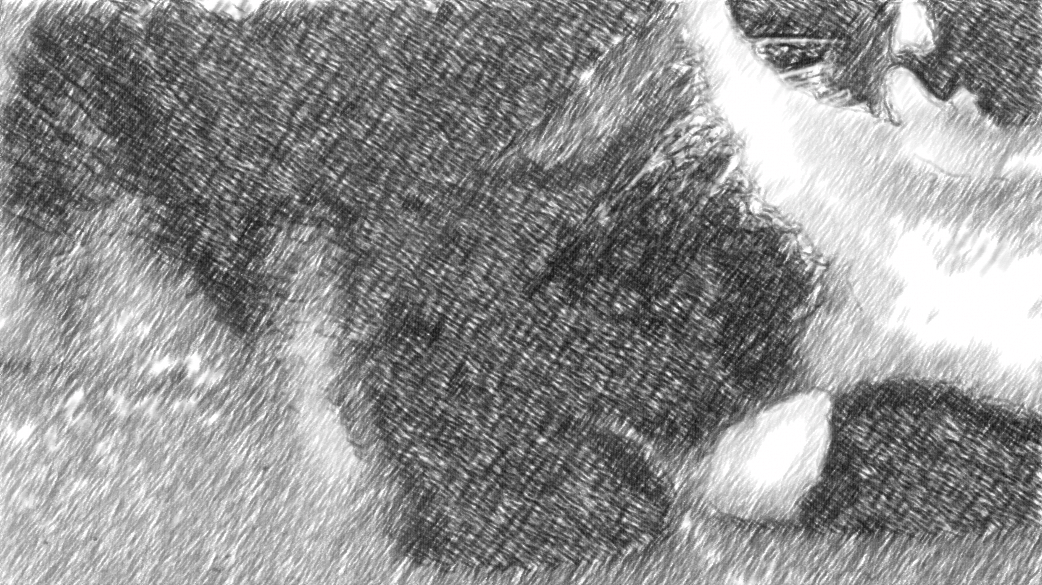 Some days, people give me hope. About an hour ago, my wife rapped on my office door—sliding glass that goes from the basement into the backyard—and said, “Come here. There’s something I’ve got to show you”. Her body language suggested more, so I responded to the urgency.

A car had hit one of several feral cats that maraud the neighborhood. I had chased this animal, grey with white paws (mittens), out of the backyard whenever it stalked the wild squirrels. Now, the animal lay prone in the street, panting and meowing.

A man walking from the bus stop had spotted the injured cat and had come to our house, simply because the inside door was open, as often it is. My wife went out with him to the animal, which she quickly recognized. The stranger offered to go over to the vet’s office, conveniently within a short walk. While waiting with my wife, I stood guard over the stricken animal, motioning cars to drive `round. About three other vehicles pulled over, with people asking how they could help this cat that, earlier, no one wanted.

About five minutes after I started vigil over Mittens (as I decided to call the cat), the man ran up the street waving, “She’s coming!” He had found the vet, blowing leaves around her closed office. She ran behind him, and I could see, from her urgency, great love for animals.

To my surprise, the cat revived and tried to run when the vet wrapped around a blanket. But the momentary energy immediately dissipated, and the animal yielded to the woman. She said that the injured feral had started to go into shock and most certainly had sustained lung damage. I couldn’t guess Mitten’s prognosis, but the veterinarian swiftly moved down the street in the direction of her office. So the cat might yet have another life remaining. I will drop by the vet’s office later on to see if Mittens survived.

As for my hope in people, plenty of strangers rallied to save one little kitty. Now if the energy could turn to helping other people, well…