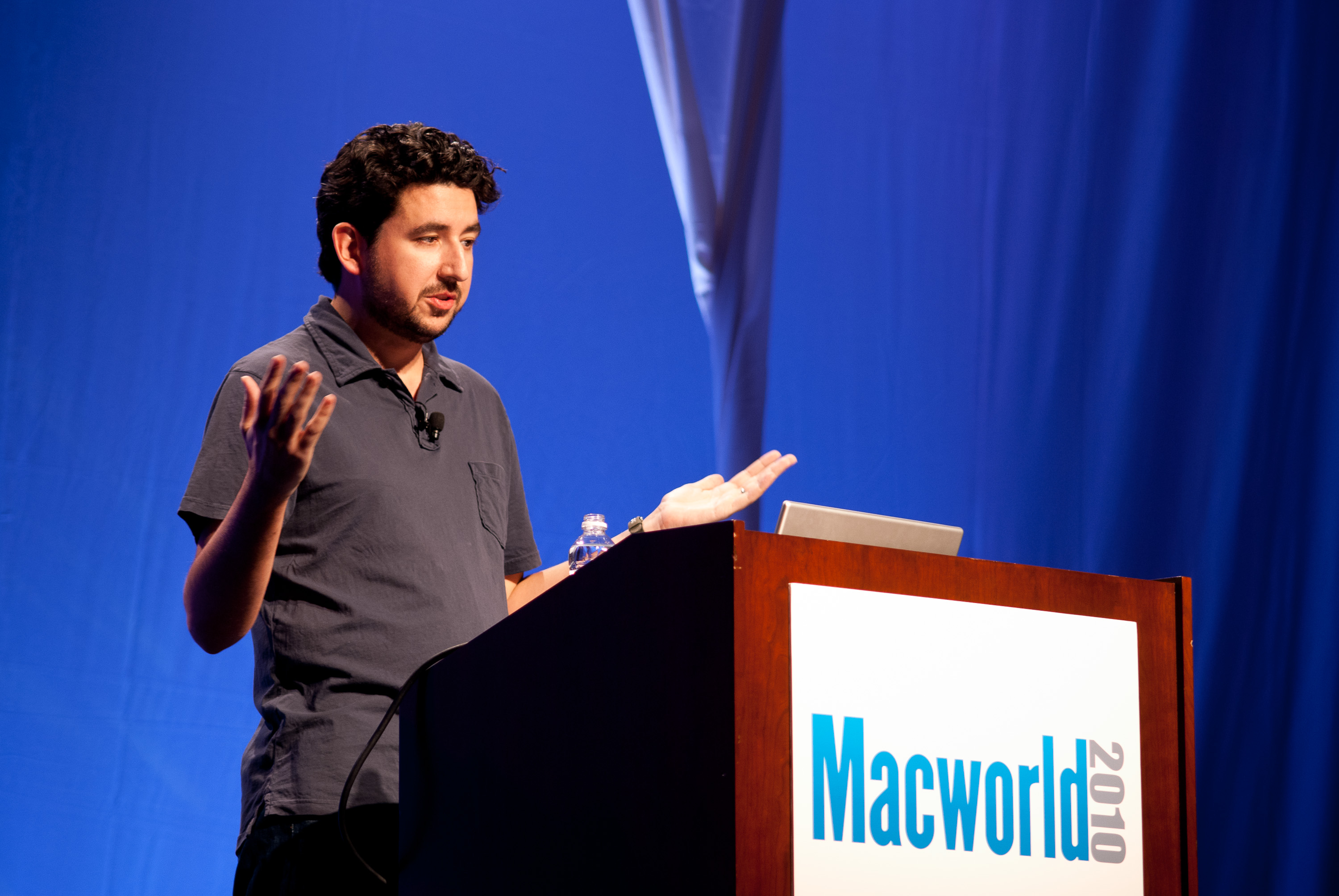 If John Gruber allowed comments on his blog, I wouldn’t need to write this post, and it has been long-time coming. I considered writing it every time I read something outrageous at Daring Fireball but couldn’t directly respond because John doesn’t allow comments. Finally, this morning, I had enough.

John’s post “John Battelle on Apple’s Banning Google From iOS App Ads” is what set me off. I wanted to comment—to correct the competitive marketing lies asserted by Apple CEO Steve Jobs that John repeated as fact. Since I can’t respond at Daring Fireball, I do so here. If I’m going to respond here, I might as well express something held back for some time: My disdain for the brutal effectiveness of John’s storyline—where he hits and jabs others with sarcasm and spit but isn’t man enough to receive jabs back. The story is incomplete, because only one side is presented.

I thought to write this post at Betanews but didn’t want to be accused of gaming the pageviews. Also, because of the more personal nature of this post, I felt it inappropriate for BN. It’s only marginally appropriate for my personal site, which, at this point, is a storytelling site in the making. I want to shift away from technology being the story to technology telling the story. But John’s writing is storytelling (that’s a compliment), and I have made blogging and journalism ongoing topics here. So there it is.

Which Bullshit is More BS?
Over the past two days, there has been some controversy about the newest revisions to the iPhone OS (now called iOS) developer agreement. It must be a lawyers died-and-gone-to-heaven-contract. How often is a contract between two parties changed, without notice, every few months (and it sure feels more often than that) by one side but not the other? On June 8, All Things Digital’s Peter Kafka observed that Section 3.3.9 of the developer agreement seems to block AdMob from Apple’s platform because Google has a competing operating system. A day later, John Battelle wrote: “It’s Official—Apple Kicking Google out of iWorld“; John Gruber linked to the post and responded:

There’s no question it’s a dick move on Apple’s part. But what’s the argument against it? That Google gets a pass for being dicks to Apple, and Apple ought to just sit there and take it?

If Daring Fireball accepted comments, I would have responded to John’s fantasy land assertions about Apple and Google there. John mimics Steve Jobs, who in March told employees:  “We did not enter the search business. They entered the phone business.” Steve has since made similar assertion—that somehow Google encroached on Apple’s phone business. That’s simply not true.

Google bought Android in August 2005, about 18 months before Apple announced iPhone and nearly two years before the device shipped. Google effectively announced its intention to go into the mobile phone business when buying Android. Maybe Google’s intentions spoiled secret Apple plans, but there was nothing unclear about them. Responding to Google’s Android acquisition, in August 2005, IDC analyst Scott Ellison predicted: “Wireless is the next frontier in search.”

I was working as a JupiterResearch analyst at the time of the Android acquisition; there I repeatedly blogged about “anytime, anywhere, on-anything” computing. Computing and informational relevance was shifting from the PC to the cloud, with mobiles looking to eventually become the dominant devices. Mobile phones are personal and always with you—and, unlike personal computers, Microsoft doesn’t own the market (even in 2005, when Windows Mobile had more users and bigger marketshare). Google executives would have been hugely negligent by not pursuing wireless devices as the next opportunity for search. Google’s wireless device push started long before Steve stepped onto the Macworld stage in January 2007 and announced iPhone.

John’s Way or the Highway
It’s easy for John to revise history when there is no easy place to respond to him. Daring Fireball is his blog. It’s his voice. He is under no compulsion to offer anyone an easy mechanism for dialog or response. But his no-comments approach is out of place in an era when so many websites or services provide discussion tools and encourage readers/viewers to use them.

I have to wonder why. Some reasons I see:

John Gruber is not a journalist. He is a blogger and Mac enthusiast with a computing science degree. His posts are often biased in favor of Apple, and he makes no apology for this (that I’ve seen). He needn’t make one. Good writing is first and foremost about audience. John has identified an audience of like-minded Apple lovers, and he writes for them. There’s no rule all writing must be objective. He blogs about other topics, too, but clearly those that interest him. Good for him. John is a successful, self-supporting blogger, and there are too few success stories like his.

But there’s something about the no-commenting approach that irks me. John has whacked me and my writing a few times at Daring Fireball, but I couldn’t respond there. It was a one-sided argument with his supporter minons adding to the noise. (John has loyal followers; some of them are more than just readers, in part because they share the same passion. With no disrespect intended, I’ll call him mini Steve Jobs. Both men are cults of personality.) Then there are the many more posts like the one I respond to here, where I would want to add something to the discussion, whether agreeing or disagreeing with John.

Something else: John denies his readers opportunity to better benefit from his writing. John is a good practitioner of stock-and-flow blogging. The flow are the many short posts, often with funny or biting commentary, linking to someone else. The stock is insightful analysis—John’s longer posts, and these would be good venues for discussion. Surely readers would like to react and to discuss. In July 2009, Missouri School of Journalism’s Doreen Marchionni wrote about the importance of “conversational journalism.” She offers good advice for John or anyone else writing professionally on the Web. By the way, Missouri’s J school requires Macs.

I allow comments at this blog, which in response to this post opens me to attack by John’s followers. The discussion battle will occur here, if there is one, but Daring Fireball will be free of any scorched earth. That’s the other advantage for John: His followers fan out in attack where others do allow comments. Should a comment battle occur here, for a time, the responses really will stand out. I recently migrated blogging platforms, changing links site wide. So most of the older comments are missing. Thirty days ago, I contacted Disqus and received e-mail: “We’re currently finishing up a tool to make this migration easily and I’ll make sure to let you know when it’s ready.” So hopefully sometime soon I can restore missing comments.

I’ve never met John Gruber. I only know him from his writing. I grew up in Northern Maine, where a man’s worth is his mettle. A man pushes out only as much as he can receive back. By comparison, I see John attacking from a fortified position. He can attack but not easily be assaulted, and, yes, many of his posts are attacks on others. Sarcasm and witticism are the ammunition. Maybe John has different values of what is a man. My values are clear. A man—hell, a good writer—doesn’t hide behind his assertions. He stands by them. Discussion and response test his assertions and expose him to more points of view. So I close with this challenge: Be a man, John Gruber, and allow comments at Daring Fireball.

Update: John responded to this post on June 16: “I’ll Tell You What’s Fair.” I liked John’s response so much, I’m going to try blogging his way and turn off comments here for the next two weeks. John was a good man to respond. I’ve removed Disqus commenting and will see how the extended narrative works. I’ll report back on the experiment in two weeks.

[Editor’s Note: This post was moved to joewilcox.com from oddlytogether.com on Sept. 26, 2010.]

Do you have a John Gruber story use that you’d like told? Please email Joe Wilcox: joewilcox at gmail dot com.