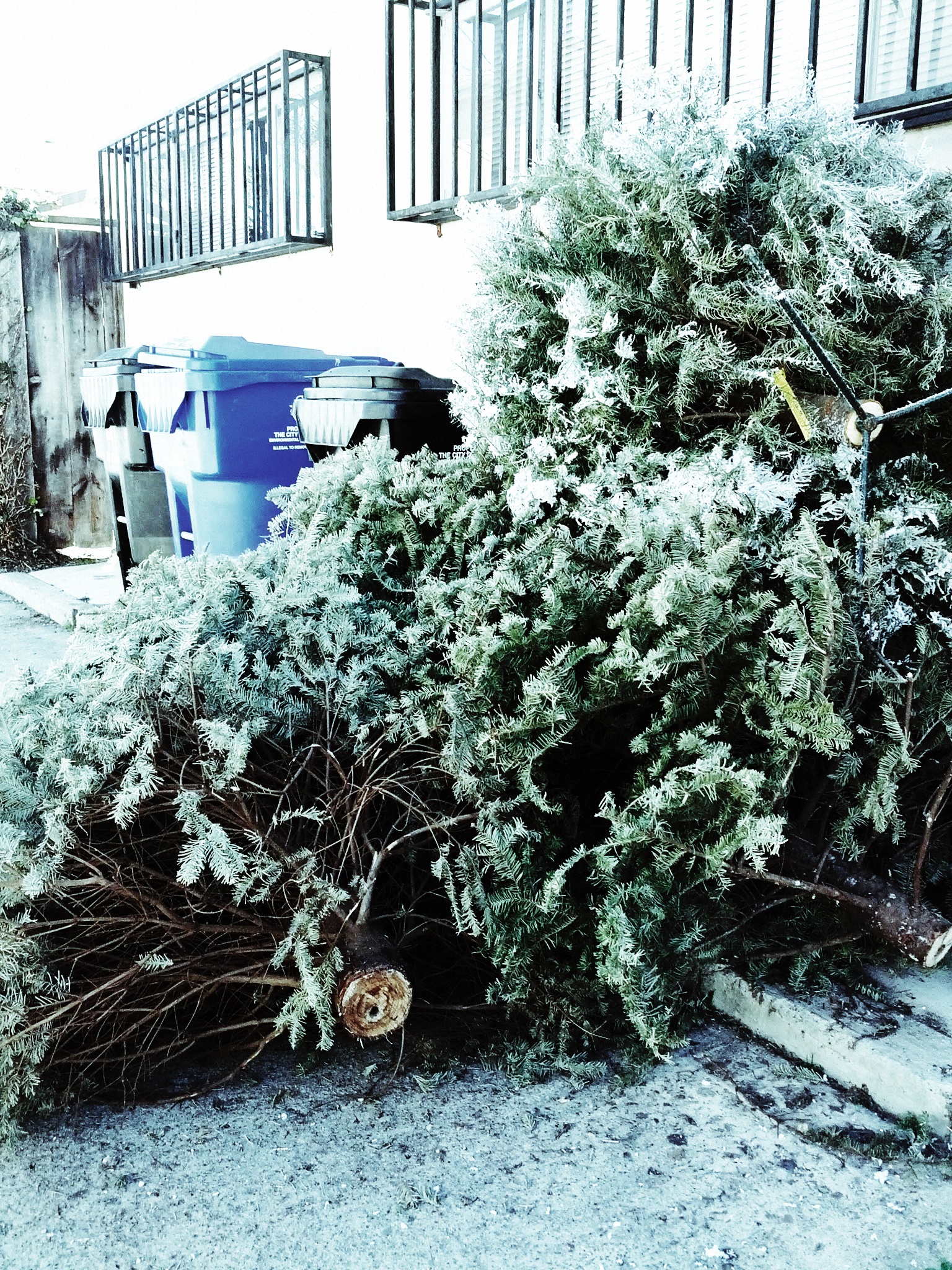 There’s something wrong with American culture and emphasis on the individual. I got to thinking about it today when yet another neighbor dragged another dried-out Christmas into the common area and out into the back alley—this one spewing white spray-on fake snow to go with the pine needles.

I live in a small apartment complex—nine units and delightful common courtyard. Six of the units had Christmas trees this year, all live cut. (On Christmas Eve, we put up a 3-foot fake from Walgreens).

Looking at the five Christmas trees in the alley (one neighbor still has a conifer in her apartment), I wonder at the waste. Wouldn’t it make more sense to have one tree in the common area that we decorate and share? That’s my goal for next year, if still living here.

I’m a big fan of common areas. I’m working in the courtyard right now on a table and one of four chairs I purchased. They’re here to share, for anyone to use.

Is that such a difficult concept?