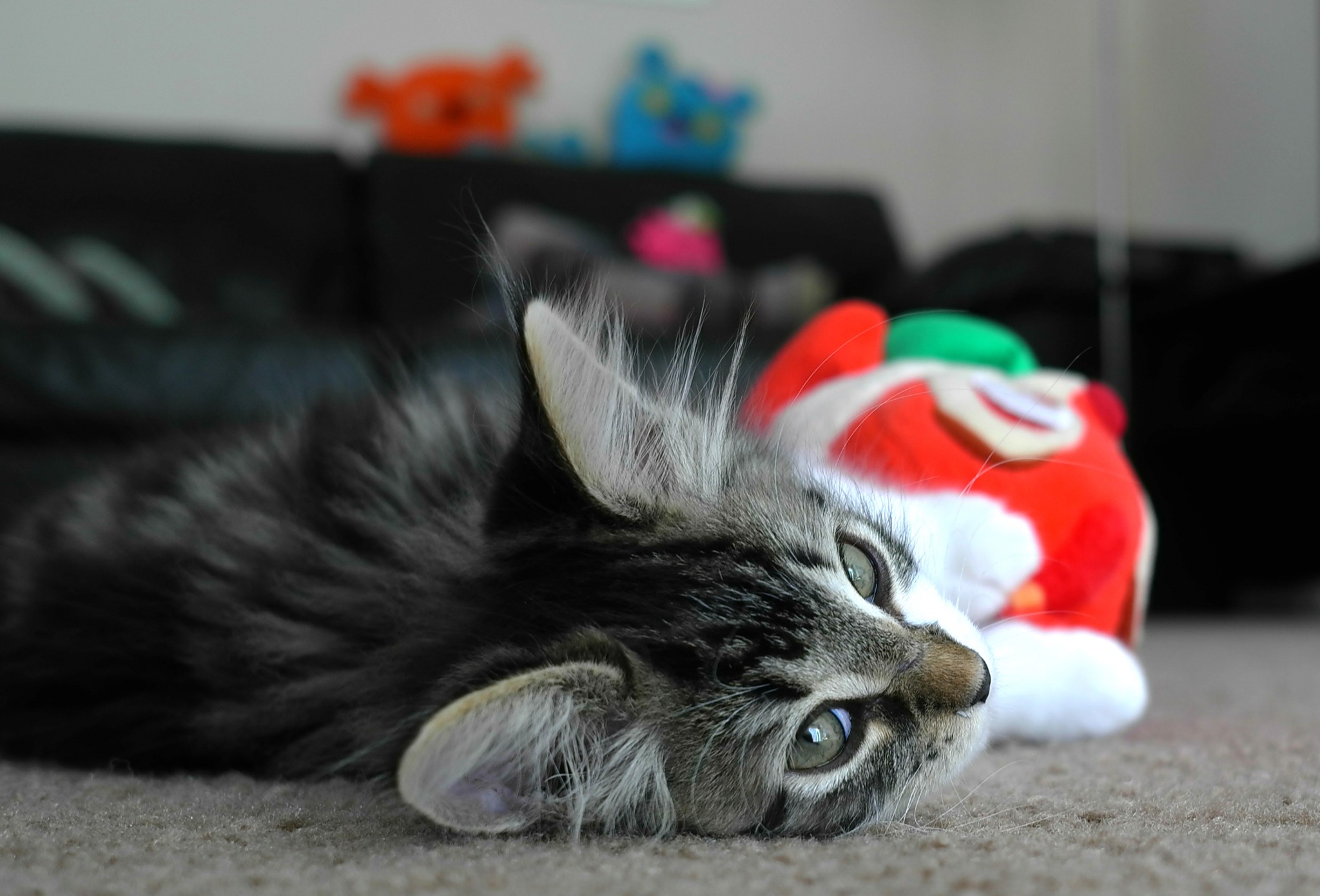 She used term “UFO cats”, which I immediately liked. So I Googled “UFO cats” and finding nothing checked on the domain. Available. So this morning I registered ufocats dot com, net and org. Someone already has http://ufocat.com, which goes to a general UFO site in Italy—otherwise I would have snagged singular domains, too.

I’m not yet sure how I’ll use UFO Cats, or what story might come around it. Suggestions are welcome—However, if you comment with ideas you must accept that I might use your suggestion. In giving it, you herein relinquish any future rights to your idea. Sorry to be fussy. I don’t want to be accused or sued for stealing someone’s idea later on. This is a public post, after all, as are responses.

Typically, I’m private about this kind of thing. But seeing how popular felines are on the Internet and having no idea what to do with UFO Cats, crowdsourcing is a fun experiment. That’s presuming someone will comment and make suggestions.

The photo is Kuma kitten taken a few days after we got him. Someone abandoned him, and four siblings, in a plastic bag on a hot day in September 2010. He was a rescue cat.

We really miss him.