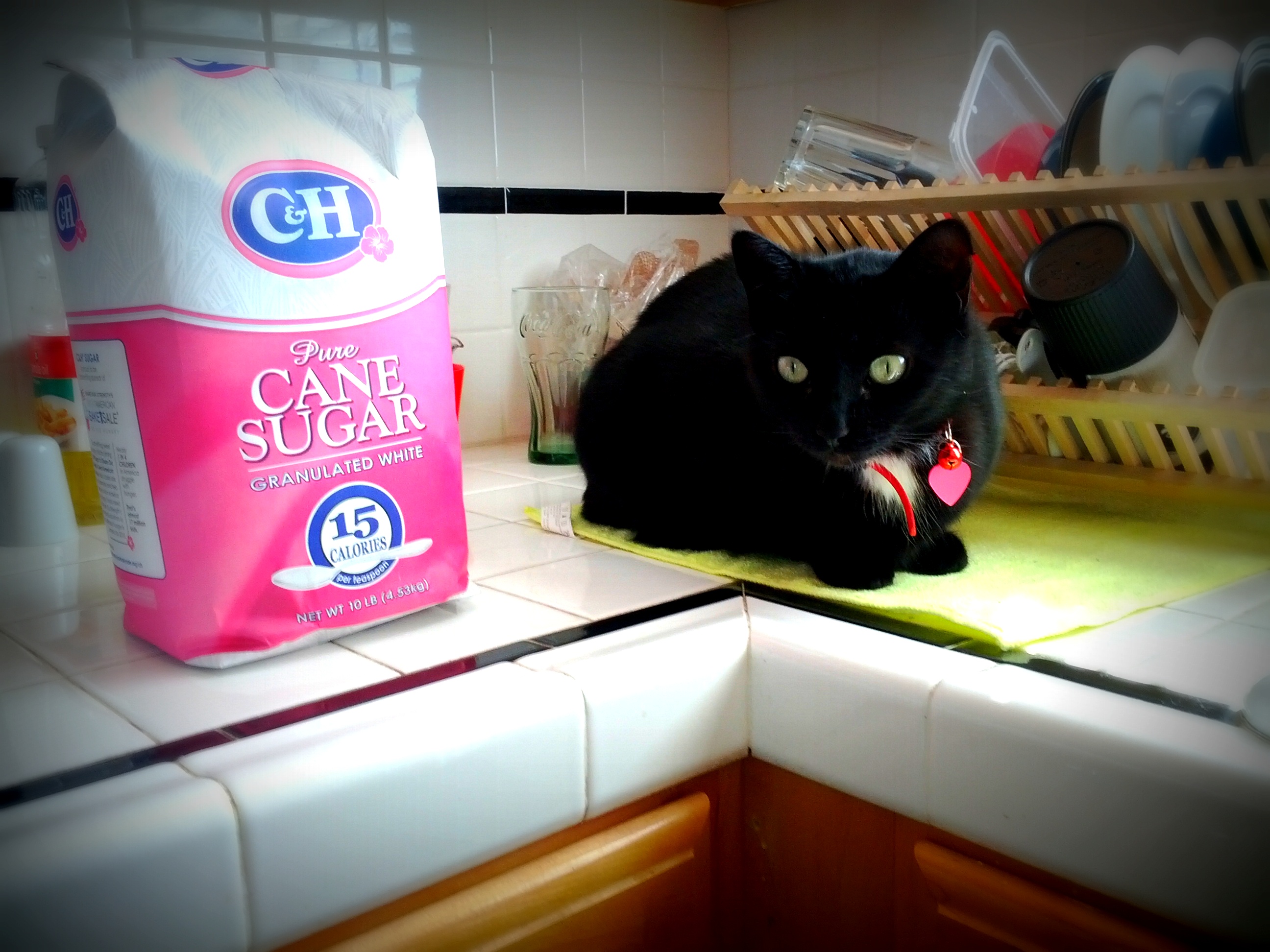 At one time, our little corner of San Diego had two neighborhood cats, Maine Coon Kuma and black beauty, with speck of white, Lou Lou. They lived in the same apartment complex, separated by one door, and sauntered about and inside each other’s alcove; we and Lou Lou’s owners always left a door open for our indoor-outdoor felines.

Lou Lou tolerated Kuma, at whom she hissed devilishly whenever he approached, swatting as her head pulled back. He never attacked, though, merely invaded her space. Kuma was a gentle giant.

On Jan. 15, 2012, I let out Kuma around 6 a.m. and never saw him again. For more than a week, I slept in the living room, with the door open so our 18-month-old kitty could come home. On a typical day, he frequently returned to the apartment. But not that Sunday. Sixteen days after Kuma disappeared, a city worker found the cat’s collar in a nearby canyon. We knew then what I feared. Neighbors reported seeing coyotes in the alley and street on either side of our apartment building days before Kuma vanished. Our Coon was gone.

Lou Lou surprised me by mourning Kuma. By appearances, she didn’t like him much. For more than a week, she stayed close to home and clearly looked for him. On January 20, I found Lou Lou on our kitchen counter. After all, I left the door open waiting for our boy. She had a way of taking dominion, of making any space her territory. Kuma’s included.

Lou Lou’s owner brought the cat from Boston, where she was rescued from the street. I’ll need to ask, that would make the kitty at least eight years old. Lou Lou was the feline fixture of our neighborhood, wandering blocks from home. While aggressive around other cats, she was sweet with people—and often approached strangers mewing and asking for attention. You knew when by her tinkling bell.

The sound of the bell was background music to our apartment. Lou Lou went up and down the stairs dozens of times a day, passing by our place’s small, open front window on her way home. Our indoor rescue cat, Neko, watched there for her day and night, perched on a red IKEA LACK side table.

The tiny feline made big impression and strolled larger than life. As a former city cat, she had good sense of cars and traffic. But she moved casually, triumphantly among them. Lou Lou didn’t dart across the street, but strolled, and I often saw her sitting dab in the middle. Definiantly.

A week ago today, Lou Lou disappeared. Silence swept in where her bell should have been. Two days later, her owner posted “lost cat” fliers around the neighborhood—something I never imagined seeing. Lou Lou was so street savvy. On Wednesday, a local lady called and reported what happened to that tough black cat.

A reckless vehicle ran her down in the street, around 6 p.m. Saturday night, just a few hundred feet from home. One neighbor lifted injured Lou Lou from the blacktop. Another person sat with her, in the driveway of a foreclosure recently renovated and now up for sale. Our cat spent so much time there in the overgrown foliage that we call the place “Kuma’s house” to this day.

Lou Lou’s back end was crushed. She was quiet, calm, and even sipped water from the gutter. A short time later, she passed away. The kind lady would have called the owner, but the identity tag was missing from Lou Lou’s collar.

Now Neko is the mourner, as are we all here in the apartment building. He looks and listens for Lou Lou day and night.