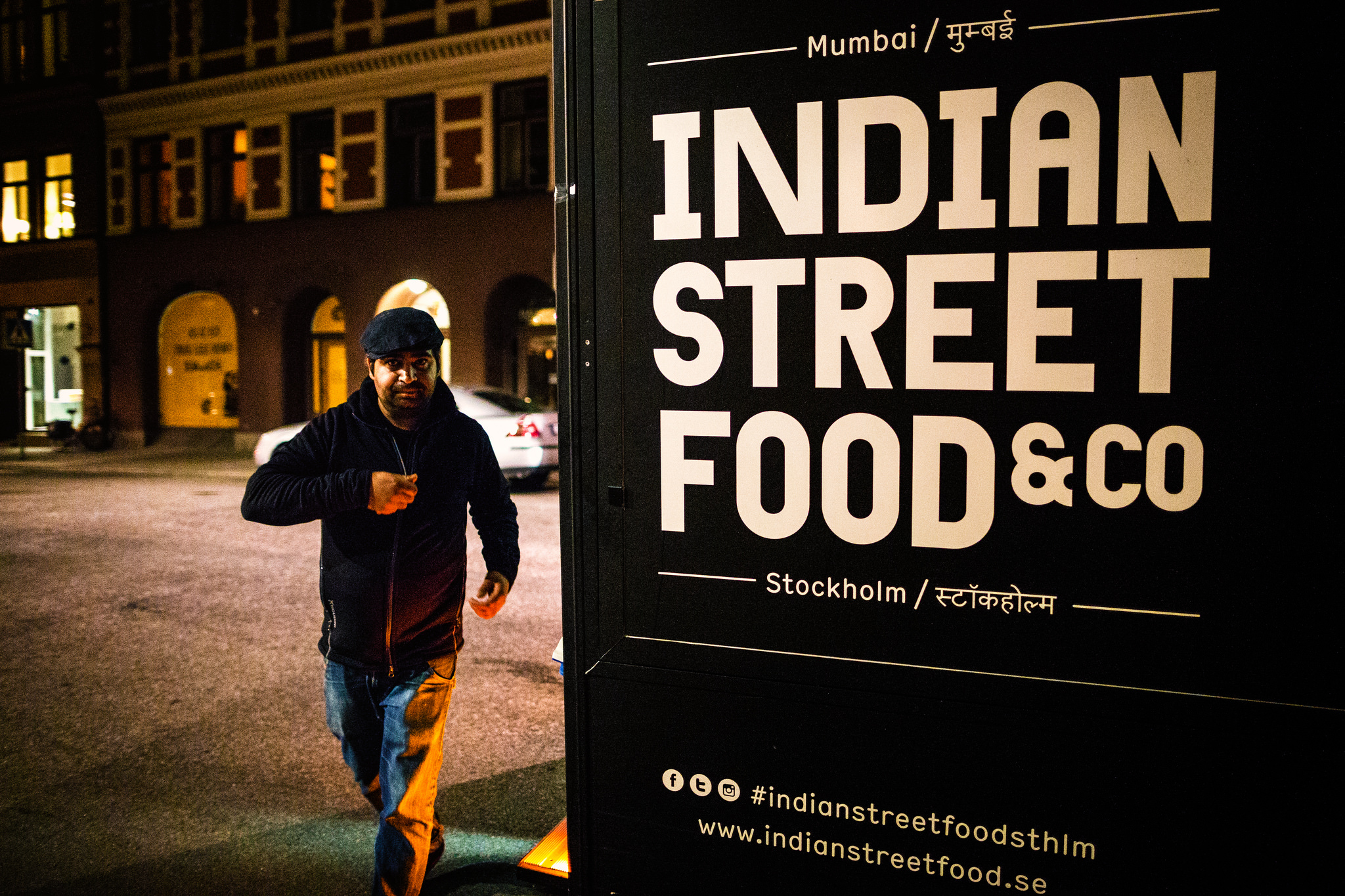 Vibrant best describes the photograph’s of Ulf Bodin, who works magic with contrasting areas of brightness and shadows. My father taught me to favor overcast skies when shooting outdoors. Ulf’s photostream portfolio shows how to effectively use light, and even long shadows, to artistic advantage.

“I’m in love with dark, high contrast, colorful, clean, sharp images”, says the former archaeologist. His profession is all about stitching together the past—from the pieces recreating what was from what remains. His photographic style isn’t far removed. “I post-process my images to recreate the mode and feeling from the photo moment. I never add things to my pictures, but sometimes I merge several captures to one”.

From Ulf’s répertoire, I debated between two photos taken on Sept. 20, 2014. The other is a street food portrait. The final selection captures a moment that likely wasn’t but is believable regardless. Contrasting the street walker against the street sign, opening jacket as he approaches, the man moves with purpose—like indeed he rushes to buy Indian street food. Rich contrast and shadows, cast on the street and across the man’s face make mood.

Ulf’s hometown is Enhörna, Södertälje, Sweden, but he lives in Uppsala, which is about 130 kilometers north. He joined Flickr in August 2007, and used Canon EOS 5D Mark III and Canon EF 24mm f/1.4L II USM to shoot the photo. Vitals: f/1.4, ISO 6400, 1/160 sec, 24mm. Natural low-light captures like this one are possible when the camera produces little noise and post-processing eliminates even more.