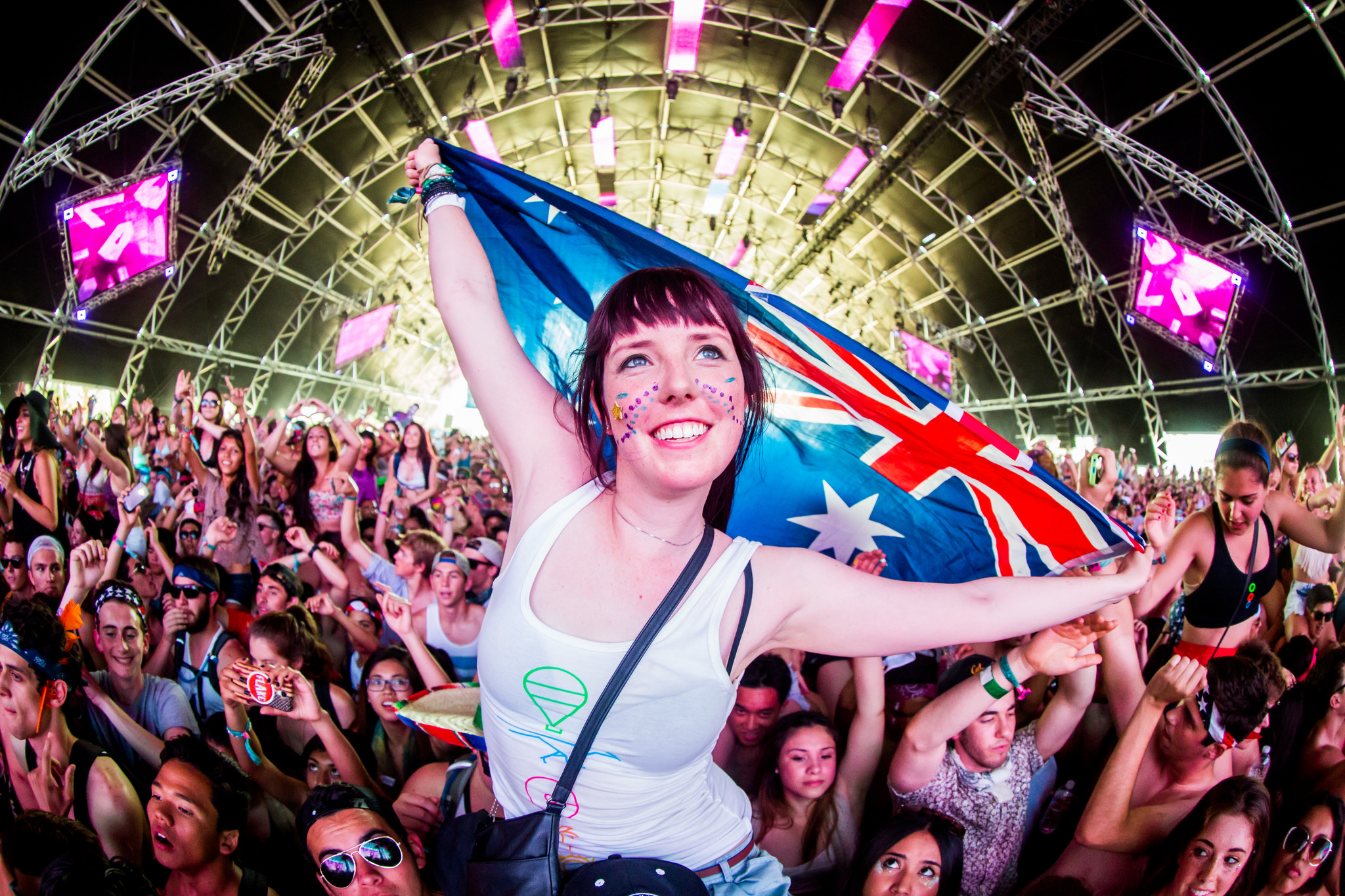 No single image can convey the spirit, creativity, and vitality of Thomas Hawk photography. He is the master street photographer and storyteller, who keeps his camera as nearly constant companion. Is the thing surgically attached? No effort to chose the one is worthy, so I don’t try.

Instead, for our one-hundredth selection, timeliness helps sort more than 100,000 Flickr pics to a choice of one among 880. Because, coincidentally, on Day 100, one of North America’s most popular music festivals, Coachella, kicks off the first of two weekends. I was lucky enough to buy my daughter tickets for the second year in a row. She is there now.

Wanting to give a sense of being there, too, I narrowed the choices to crowds, even though performance shots like Pharrell Williams or portraits like this one move me more. The final selection came down to three (outtakes one and two). I find them all equally appealing, but chose for the flag, the young woman’s more natural smile and pose, and for the crisper detail that draws out her face and also the crowd.

Thomas is what I call a lifer, joining Flickr in August 2004, less than six months after the site launched. His online presence is vast, including Ello, Google+,  and SmugMug, to identify just a few. He lives in San Francisco, Calif, where he graciously shares his photo walks with other people. But a truly ambitious undertaking defines him.

“I’m trying to publish a library of 1,000,000 hand-crafted, lovingly-created, individually-finished, and processed photographs before I die. Mostly I’m focusing on America”, he says of his ambition. “The absurdity of my obsessive compulsive view on photography is not lost on me. But it is the absurdity of life that I find most beautiful of all. Where Sisyphus had his stone I have my camera and a bag full of lenses”.