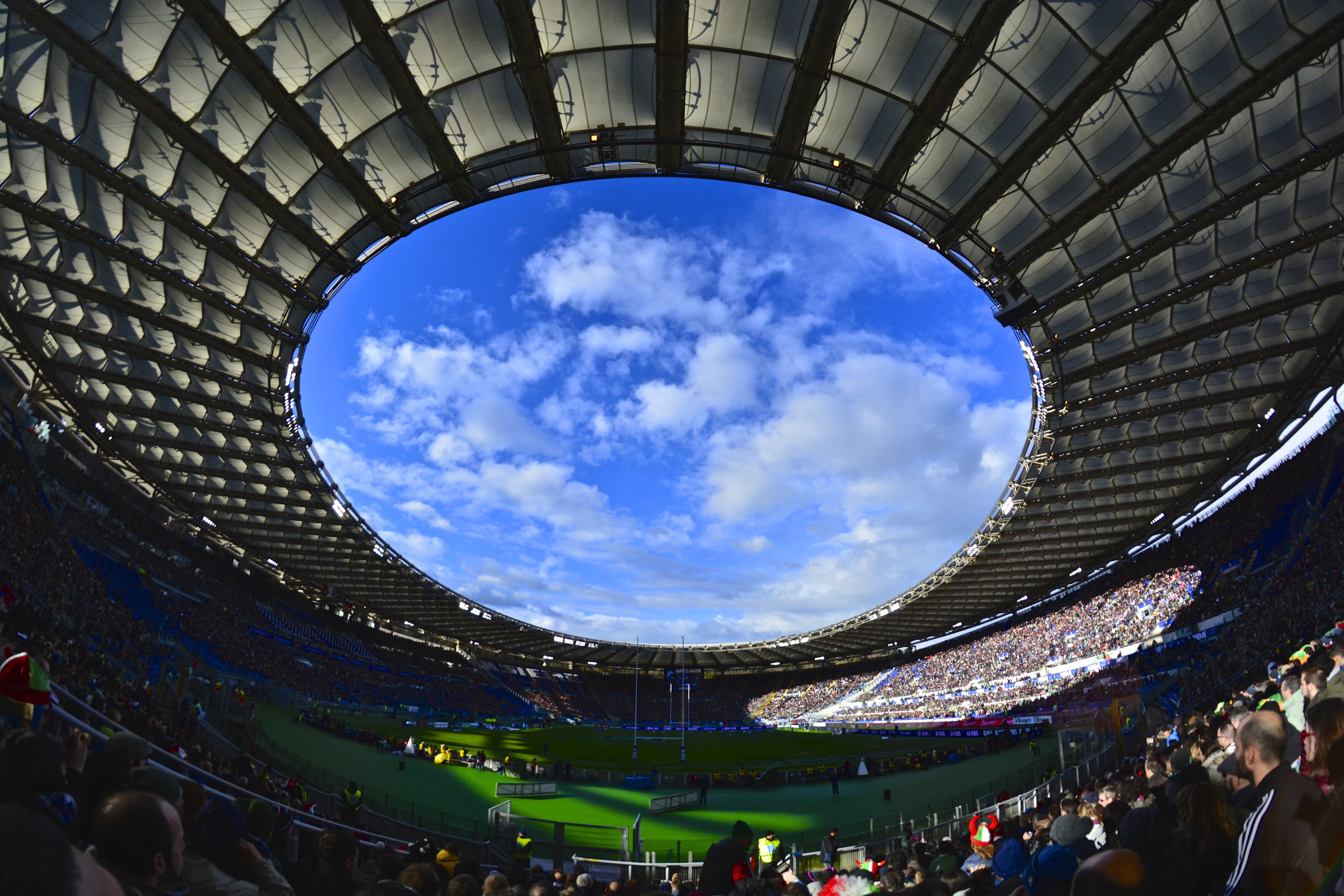 Picturesque best describes the photographic style of Antonio Cinotti. Perhaps this explains why: “I am very lucky to live in a natural paradise”, he says—”40 Years from Siena, Tuscany, Italy”. He loves “Crete Senesi, Valdorcia, Chianti, Val di Merse, and Siena, of Course”, emphasizing: “With my Nikon camera i want to tell something, i think that the visual-storytelling is the most effective way to promote our territory”.

Naturally, I would select a photo that depicts something other than the picturesque. Antonio shot self-titled “Rugby in Olimpico Stadium, Rome”, on Feb. 7, 2015, using Nikon D7100 with fisheye adapter. Vitals: ISO 400, 1/1600 sec. F-stop and focal length were not captured during manual operation. The image is irresistible, and I am not alone thinking so—that is if more than 64,000 views mean anything.