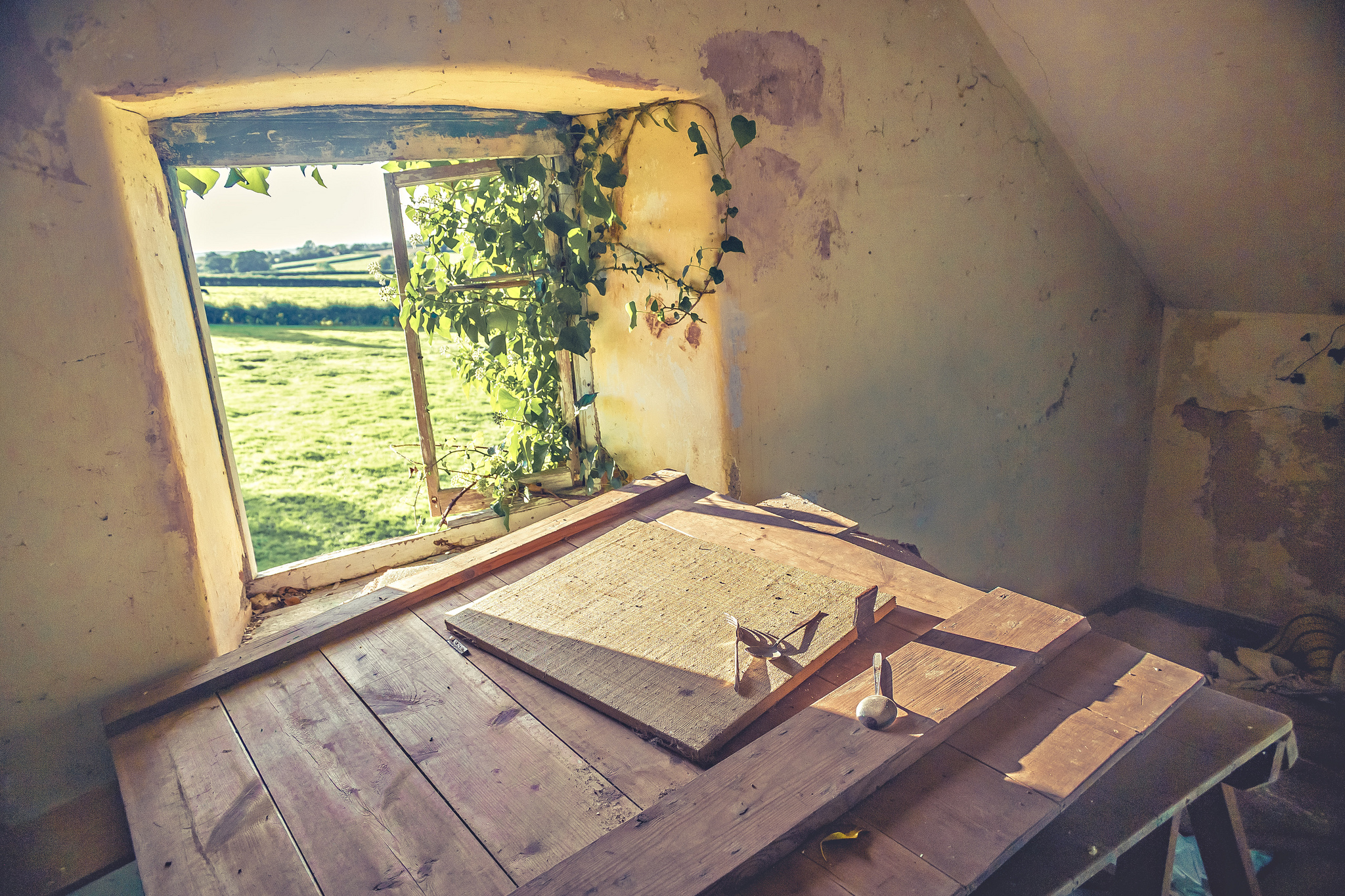 Some selections are purely personal taste. They appeal to me, while not really reflecting the shooter’s broader photographic style. Thus, we come to self-titled “Abandoned Farmhouse”, which you can consider companion to yesterday’s “Fear of the Dark“. There is something serene and pleasing about our Day taker that misleads. You wouldn’t obviously guess the context without the self-title.

Ben describes himself as a “South West London based audio/visual artist specializing in photography, music composition, indie film production, and graphic design, with a penchant for blending modern visual aesthetics with vintage and nostalgic tones”. The latter attribute is really evident in some of his more recent photography. “The Buzzard Orchestral” album/set is good example. Better than Flickr, which he joined in January 2010, Ben’s website demonstrates his broader talents. While there you must listen to his musical craft.