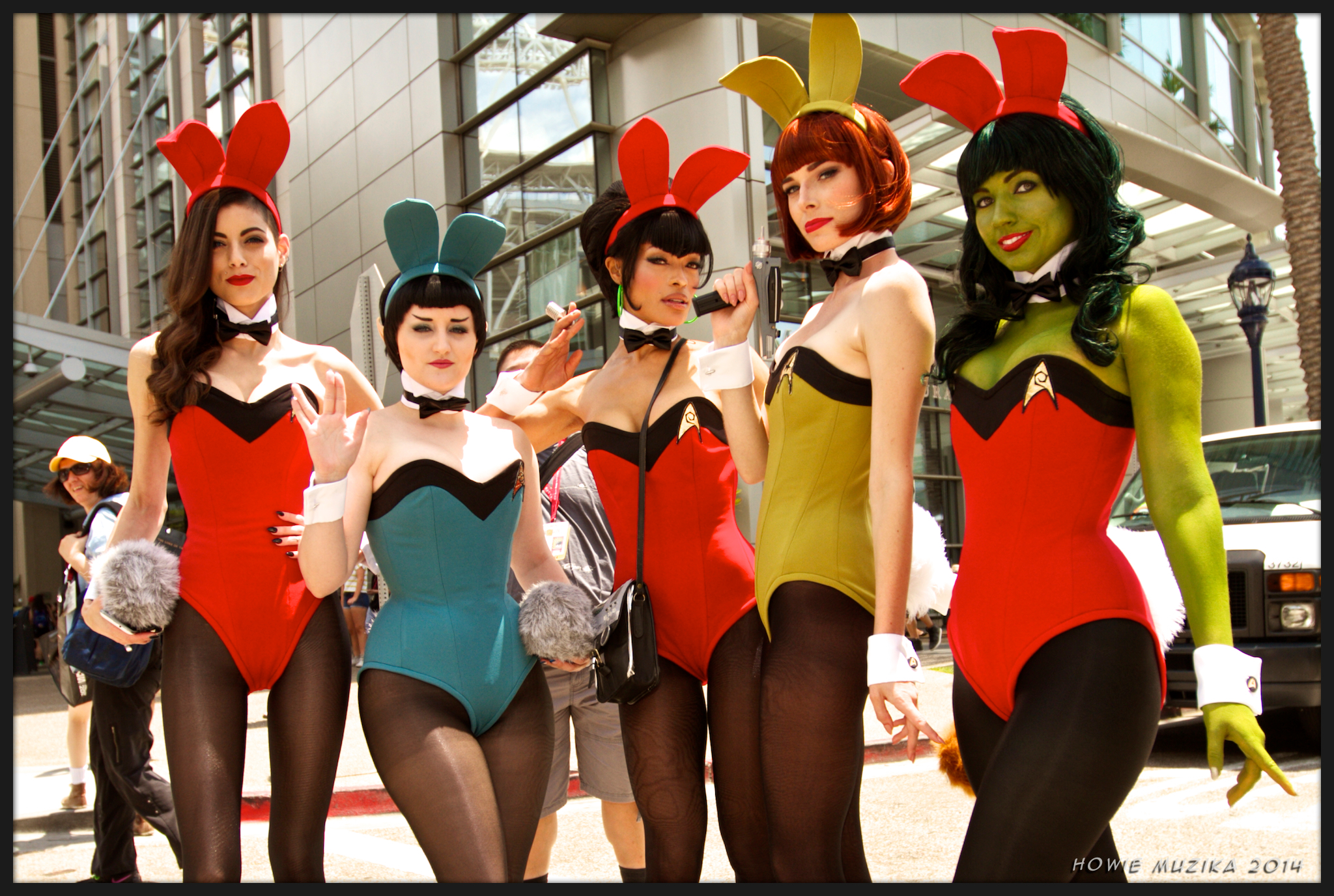 The second full day of San Diego Comic-Con 2015 begins, and what would be more appropriate than a selection from Friday last year? Howie Muzika shot self-titled “Starfleet Bunnies” on July 25, 2014. Camera information has been stripped from the EXIF, which is typical for his pics from the event. He currently uses the Canon EOS 7D. You can see more in his SDCC Cosplay 2014—Friday album/set. He attended all four days last year, and in 2013, as well attended other Cons. He joined Flickr in July 2008.

If this year’s Comic-Con Friday is typical, the Convention Center will bustle but not overwhelm many attendees. One reason: Hall H panels for AMC’s “The Walking Dead” and HBO’s “The Game of Thrones” will draw long lines. Also, in my experience, there is a morning-to-early-afternoon lull following the first-day rush and before the weekend storm rushes in.

Weather forecast is unseasonably mild, with expected temperature in the low 20s Celsius. Marine layer of clouds has been present most mornings and even all day ahead of the Con. Overcast skies improve outdoor photography.