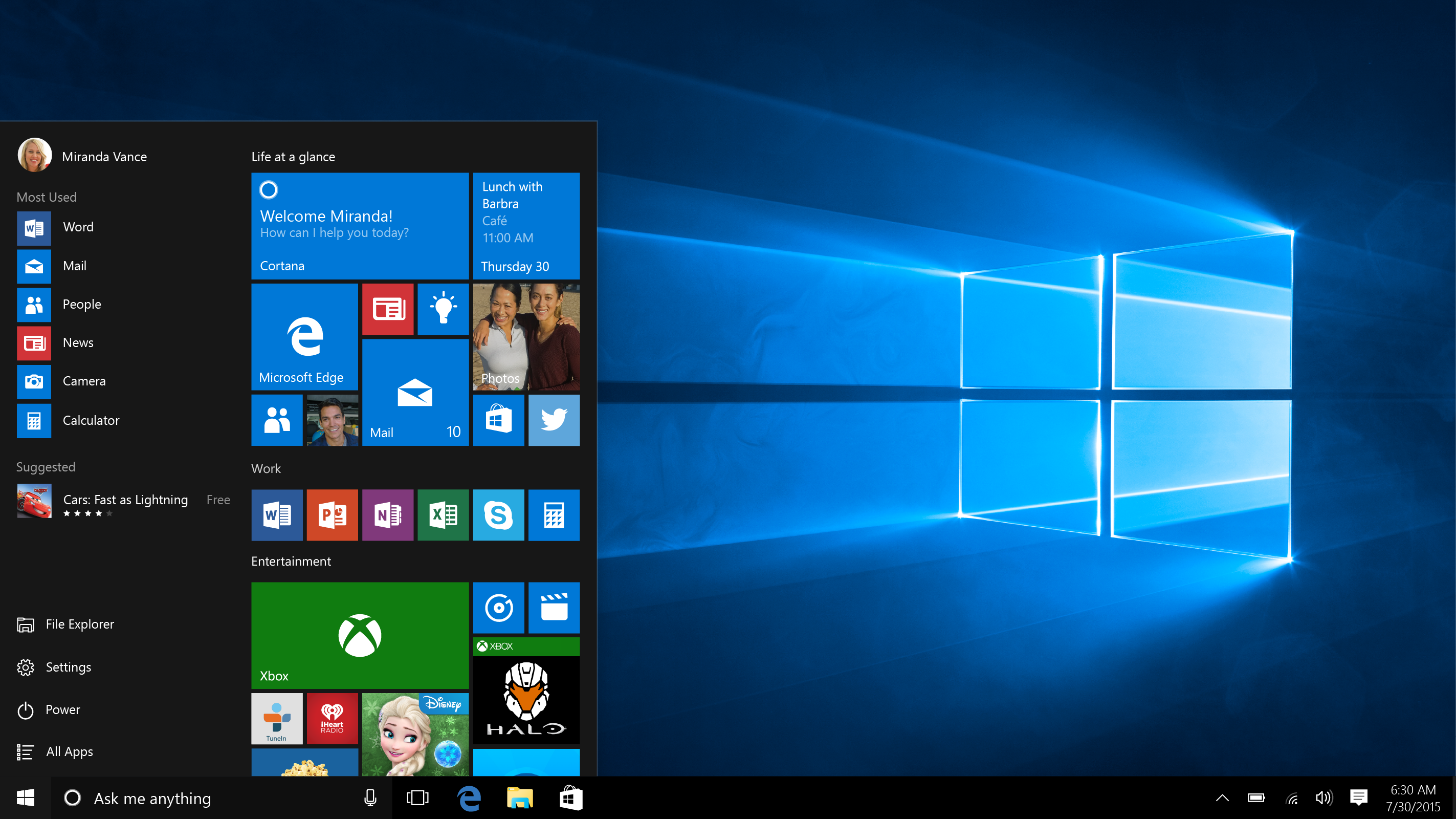 My brother-in-law’s Dell laptop, so old it shipped with, and still had, 1GB RAM, died last week. He emailed asking my buying advice about a Windows 7 replacement. Reasoning: He would move up from XP. But his dad stepped in, offered to pay, and I, acting as agent (being the more knowledgable about computers), suggested $400 budget. By coincidence, shopping day coincided with Windows 10’s launch.

Timing couldn’t be better, with the rush of new 10s, discounts to clear out old inventory, and typical back-to-school season sales. I expected to grab good gear. Choosing for my brother-in-law is quite different than for myself. I prefer something smaller and lighter, with high-resolution screen. He wanted a larger screen (we agreed on 15.6 inches), full-size keyboard, DVD player, and WiFi. Meaning: Roomy and backward-compatible with what he has already. I confidently looked for something within budget.

I won’t detail the whole exploratory process, which spanned Amazon, Microsoft Store, and many other online retail shops. I ended up seriously looking at Dell, for price, configurations, and his familiarity with the brand.

Dude, You’re Getting…
For years, I have claimed that refurbished makes used better than new. Dell Outlet typically offers big bang for the buck. Some systems were returned, others come from cancelled orders. But all are discounted. I searched the store, expecting to purchase there.

I gravitated towards the Inspiron 15 Touch, which topped the budget, at $459. Config: 15.6-inch touchscreen (1366 x 768 resolution); 1.7GHz Intel Core i3-4010U processor (4th gen); 500GB hard drive; 4GB DDR3L RAM; Intel HD Graphics; DVD writer/player; and Windows 8.1. The resolution is too low for my tastes, particularly on such a large screen. buy I wasn’t buying for myself. I would want more RAM, too. But my brother-in-law would move up from an ancient laptop. I expected, and we’ll see when the thang arrives, he will wow because of the bigger display, touch capabilities, faster performance, and Modern UI. Buy what the recipient needs, not what you want.

Because the system exceeded the budget, and it was Windows 10 launch day, I stepped back from the Outlet and looked for new. What a surprise I got. The entry-level newer model cost less and gave more. Dell’s base configuration for the 15 Touch was discounted (when aren’t the PCs, eh) by $200 to $399.99. Dell has a “10 Days of Windows 10” promotion going. We’ll see if prices really go up on the 11th day.

The processor and operating system are the major differences—and price. I considered going over-budget to add more memory, but he can do that later. One-hundred dollars is pricey for another 4GB; no thanks, Dell. But I do appreciate the free shipping, which reduced my father-in-law’s sticker shock (I exaggerate) for sales tax taking the purchase over-budget by $27 and some change.

My brother-in-law does want Office, and I could have added Office 365 Personal for another $49.99. But I’ve got an unused license hanging around that I got with another Windows PC purchase last summer. He can have that. Dell also offered an 8-inch tablet for 100 bucks, or half off, which I passed on.

This will be a big upgrade for my brother-in-law, and I may follow up with a story about his reaction. Depends on whether he would or not object. BTW, he was not a Chromebook candidate because of legacy software.

Back-to-School Surprise
Microsoft releases rarely coincide with back-to-school season, and it’s about fraking time for change. Windows 8 launched in late October 2008. Win7 and 8.1 also had October releases, in 2009 and 2013, respectively. Vista was way worse, with Microsoft launching after Holiday 2006. How the frak do you miss Christmas? Windows XP was another October affair. Each and every one missed the students, whom I presume Microsoft doesn’t want carrying Chromebooks or Macs to class during the 2015-16 school year.

If you asked me last week, whether or not I would buy a Windows 10 PC on launch day, the answer would have been “No”. What an unexpected surprise. I picked it and initially paid for it. My brother-in-law really would have been happy with Windows 7, or so he says. He can fall back to Desktop mode for a little of that.

Footnote: After I finished writing this story, around 9:40 a.m. PDT, I returned to Dell’s website looking for art of the Inspiron 15 Touch to illustrate this post. Dell offers another configuration, for $100 less, that wasn’t there 90 minutes earlier. How funny! Paying $299.99, you step down to the Intel 3205U Celeron processor.