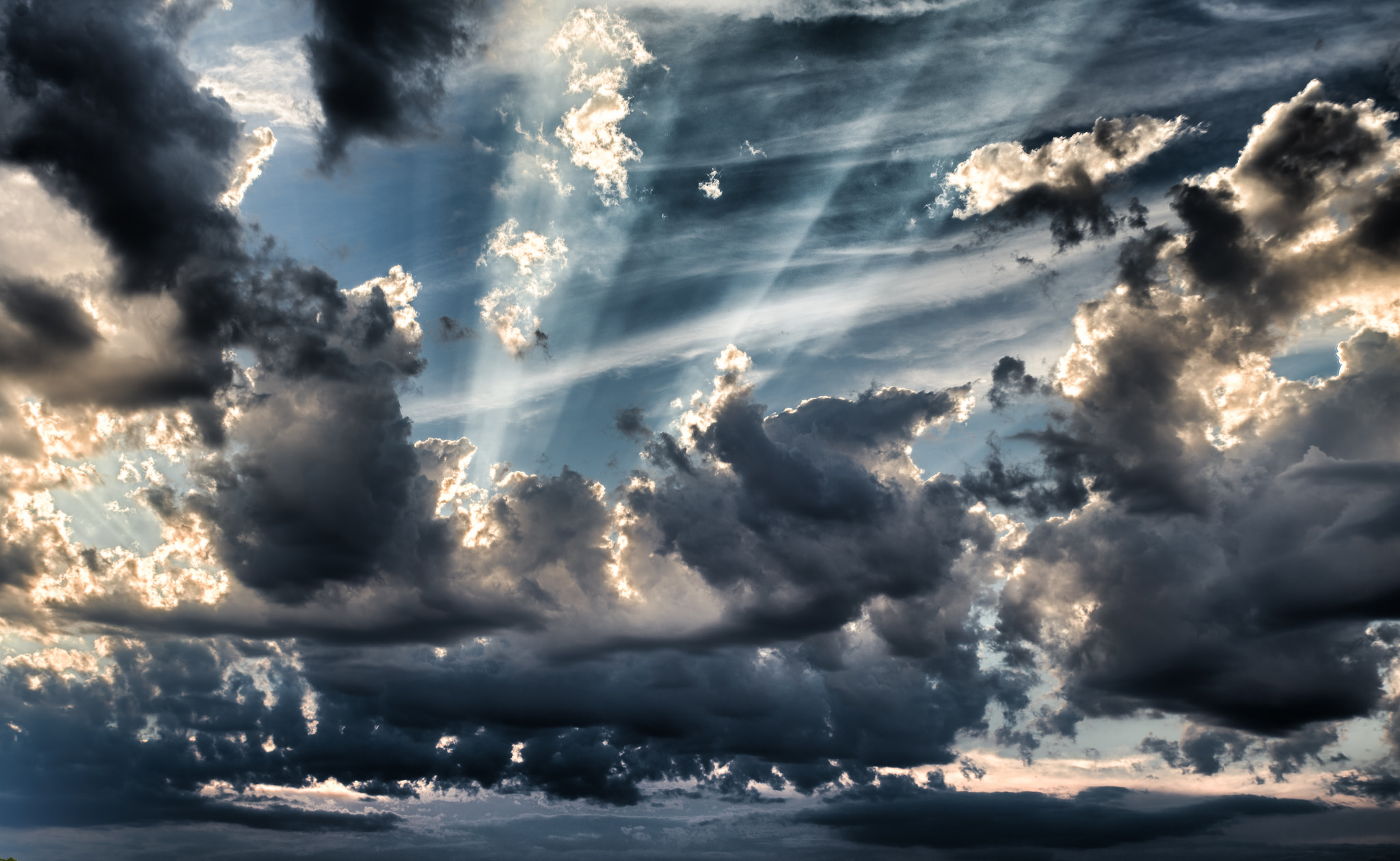 On September 9, Apple will hold a media event, where, presumably, the next-generation iPhone(s) will be unveiled. The company announced new handsets the same date last year, the 10th in 2013, and the 12th in 2012. But as the big reveal approaches, shadows rise over iPhone’s future: China’s slowing economy; smartphone saturation in core markets; lower selling prices in growth geographies; the end of cellular carrier subsidies in the United States, and, most serious of all, the “good enough problem”.

iPhone rode a perfect storm of success, raising Apple’s fortunes like a tsunami crashing down on competitors. This fact cannot be emphasized enough to illustrate how the bitten fruit logo company’s fortunes could fall as quickly, and as dramatically, as they rose. All the while, Android grows from swell to monsoon.

Apple’s dependence on iPhone cannot be overstated—as main revenue contributor and driver of so-called “halo sales” of other products; App Store, iTunes, Macs, and more. During the most recent quarter, fiscal third, the handset account for 63.2 percent of revenues. Anything that threatens to tip the iPhone—eh, Apple—cart poses great risk to the revenue stream, which could fall as quickly as it rose. Late’s examine the perfect storm rising against the tech titan.

To put China in perspective, the country accounted for 26.7 percent of Apple revenues during fiscal Q3 2015, exceeding Europe (20.8 percent) but trailing the Americas (40.7 percent). A year earlier, greater China accounted for 15.86 percent of revenues, and 13.14 percent during the same time period in 2013. During fiscal 2012, China’s contribution was low enough to be lumped into Asia Pacific rather than being separated within Apple’s public financial statements.

Previously disclosed financial results may already foreshadow the future. Apple’s percentage of revenue from China was higher in fiscal Q2, 29 percent; sales fell quarter-on-quarter from $16.82 billion to $13.23 billion. Set the  change against analyst revenue consensus for Apple’s fiscal fourth quarter: $50.9 billion. Even 3 percent or 4 percent decline in China’s contribution could carve $1 billion or more off the top.

Consider this, also as foreshadowing Apple’s China fortunes, assuming that the economy started slowling ahead of last week’s visible symptoms: quarter on quarter iPhone’s percentage of Apple revenue fell by 6.2 points. During the same time, China dropped by 2.3 points—more than any other region.

The numbers Apple can tout, but less reflect current trends, are annual, rather than sequential. Based on actual sales, iPhone jumped 68 percent year over year, to 11.9 million units in China, according to Gartner.

Smartphone Saturation
China is the largest market for smartphones, followed by the United States, but growth slows rapidly. Last week, IDC revised downwards its global smartphone shipment projections for 2015, in part recognizing China as a maturing market alongside Europe and the United States. IDC predicts that growth in shipments to the world’s largest smartphone consumer will be 1.2 percent in 2015 compared to 19.7 percent last year.

Gartner also calls China’s market mature, but with stouter data, based on actual sales rather than shipment projections. During calendar second quarter, which is synonymous with Apple’s fiscal third, smartphone sales in China fell by four percent year over year.

“China has reached saturation—its phone market is essentially driven by replacement, with fewer first-time buyers”, Anshul Gupta, Gartner research director, says in a statement. “Beyond the lower-end phone segment, the appeal of premium smartphones will be key for vendors to attract upgrades and to maintain or grow their market share in China”. But as #5 will explain, upgraders won’t be as easy to find for the next iPhone compared to other models.

Already Apple feels some pinch. Between fiscal second and third quarters, overall sales, including other products, fell by 5 percent in the Americas, 17 percent in Europe, and 21 percent in China. With respect to iPhone globally, unit shipments and revenue each fell by 22 percent sequentially.

However, despite slowing sales in China, iPhone took market share from Android devices for the third straight quarter, according to Gartner.

Emerging Markets
Slowing sales in mature regions shifts focus to others, where demand predominately is for lower-cost handsets and where iPhone isn’t competitively enough priced. Let’s consider Brazil and India, which are two of the BRIC countries (Russia and China are the others). The 16GB iPhone costs Rs 49,000 or more—that’s at least $750 in dollars—depending on the reseller. In Brazil, direct from Apple: RS 3,499, or $976 in dollars. For some perspective on spending power, the average annual gross net income in India is $1,610, according to World Bank. In Brazil: $11,700. Compare average annual spending to iPhone’s cost. What do you think the majority of people can afford?

Apple sells smartphones only. However, among many countries, because of limited spending power and limited cellular infrastructure, cheap smartphones and their dumb counterparts continue to sell well. That raises the other China problem: Homegrown manufacturers gaining sales share within the country and in other emerging markets. Among them: Huawei, Xiaomi, and ZTE, along with Lenovo gaining lift from its acquisition of Motorola Mobility.

For perspective, Motorola India sells the Moto G for Rs 11,999 ($181). The Moto E is available through third-party resellers for about Rs 5,999 ($91). Both are competent Android smartphones.

September 9th could bring lower prices, if Apple cuts them on older models, following past practice of essentially dumping older hardware on consumers who can’t afford something newer.

Since most non-iPhones sold run Android, Apple risks losing platform developer, mind, and market shares as the rival platform makes sales gains across the globe. Based on calendar second quarter sales, Android smartphone share is 82.2 percent, according to Gartner.

The consumer paying $199 under contract for 16GB iPhone 6 is insulated from the real cost: $649. But as contracts disappear, and buyers see real costs, supply-demand logistics conceivably could cause prices to fall. Apple reaps rich margins on iPhone, which average selling price was $660 during fiscal third quarter—up $99 year over year. But such high ASPs may not be as easily sustained in a maturing market (see #6 for more) when buyers must pay more than their last upgrade.

We had some debate in the BetaNews newsroom about the end of subsidies, last week. One of my colleagues asserts that cellular device buyers won’t care. What will matter: No $199 upfront cost and fixed manageable monthly payments (around $20) over two years. From his perspective, many consumers will see the end of subsidies as a price decrease,  unless paying full price upfront, of course.

Good enough
During calendar second quarter 2015, and continuing a trend started with the release of iPhone 6 and 6 Plus in September 2014, replacement sales were high across regions, whether emerging or mature, according to Gartner. Gains greatly represent pent-up demand for larger screens, up from 4-inches on iPhone 5s to 4.7 inches and 5.5 inches on the newer devices, respectively. Consumers who waited for bigger, bought, while some people who previously purchased Androids for size returned to iPhone.

But as smartphones mature, and features change less between newer and older models, device users have less incentive to buy the newest thing. This phenomenon, which is relatively established in other categories, is sometimes referred to as the “good enough problem”—when an existing product’s benefits satisfy the majority of potential users, such that they choose to continue with what they have got rather than adopt something new.

By that reckoning, iPhone 6 and 6 Plus demand doesn’t represent the handset’s future growth—not when considering:

These four things set against the fifth: iPhone 6 and 6 Plus are good enough for many upgraders. Apple should reap another wave of existing customer purchases by lowering prices on these models when replacing with new ones. But there comes a point where most people have an iPhone, or another smartphone, that is good enough. I assert that inflection point has arrived. However, in the short term, much depends on how many iPhone 5s or older owners go 6 or 6 Plus because of price cuts. For many of these users, discounted 2014 models will be better enough.

Apple’s ultimate path to beating the good enough problem is releasing something so new and innovative that it is perceived to be much better, or actually is. However, based on past release cycles, unless CEO Tim Cook breaks patterns, the successors to iPhone 6 and 6 Plus will bring incremental benefits. That’s unlucky timing, in context of the other four things.

Look at Apple’s future like this: Even with the strong tailwinds of compelling new models, iPhone shipments missed analyst projections for fiscal third quarter. New models will launch with headwinds from China, mature and emerging markets, full-price phones, and deferred upgrades. Price cuts could give short-term relief on older models, but the winds of change are unavoidable.

There, have I mixed enough metaphors in a single analysis?