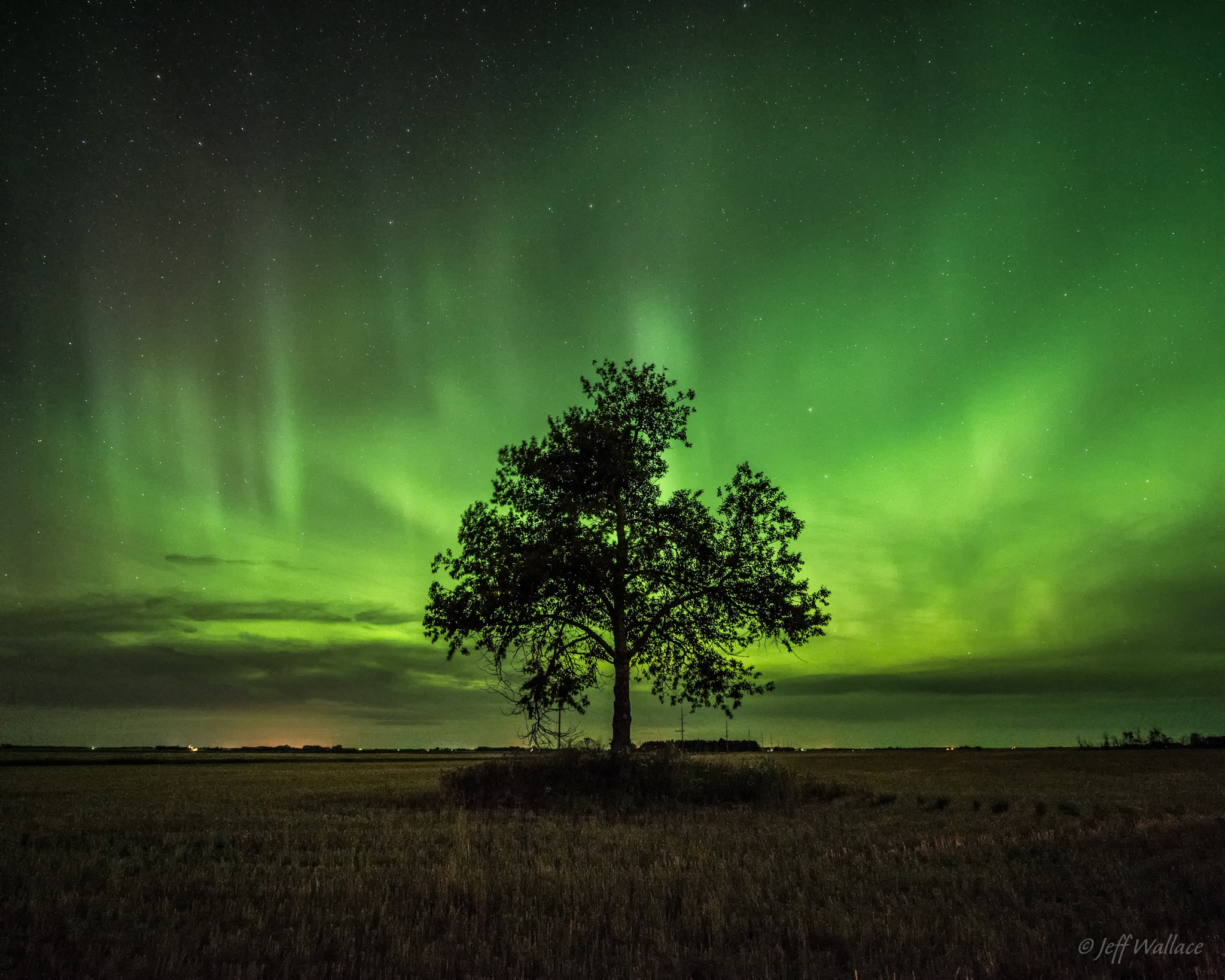 We follow up yesterday’s car and planes with another seemingly simple shot. The Northern Lights are canvas against which Jeff Wallace magnificently presents appropriately self-titled “The Guardian”.

“This tree is always begging to be photographed”, he says. “Sitting in the middle of a field, its real purpose is marking the location of an abandoned water well. Found by my good friend Song, I keep going back. Love solo trees like this”. Set against daylight blue, the sky reacher would be meh. But before the Aurora Borealis…