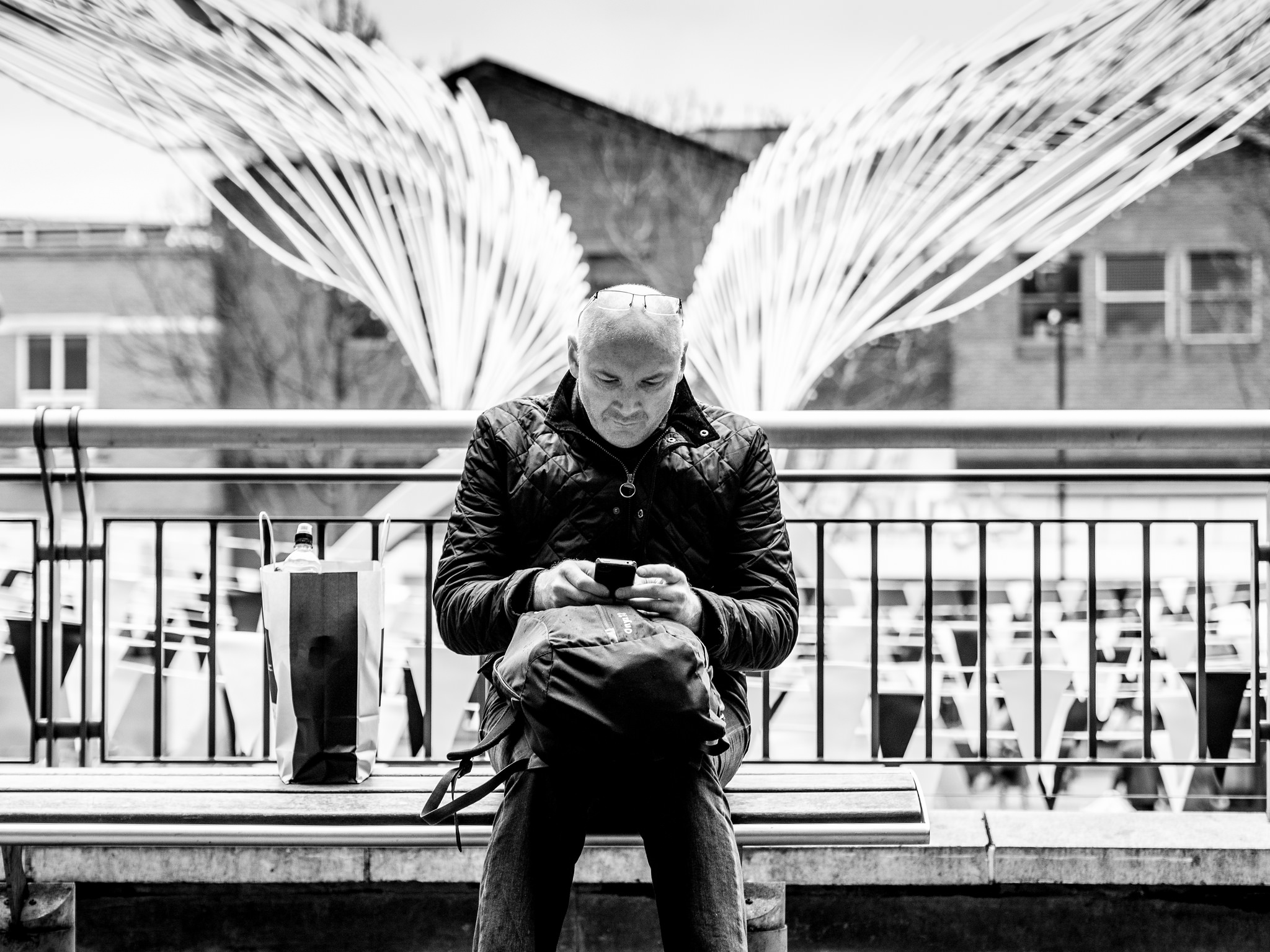 The “photostream is full of life” a commenter expresses to Matthew G., who doesn’t reveal his last name on Flickr or Facebook. She rightly identifies his street style, which makes picking a single pic misery. Any one could take the Day. I selected self-titled “Higher Calling” for what it represents: Opportunistic framing, which takes a good eye and imagination.