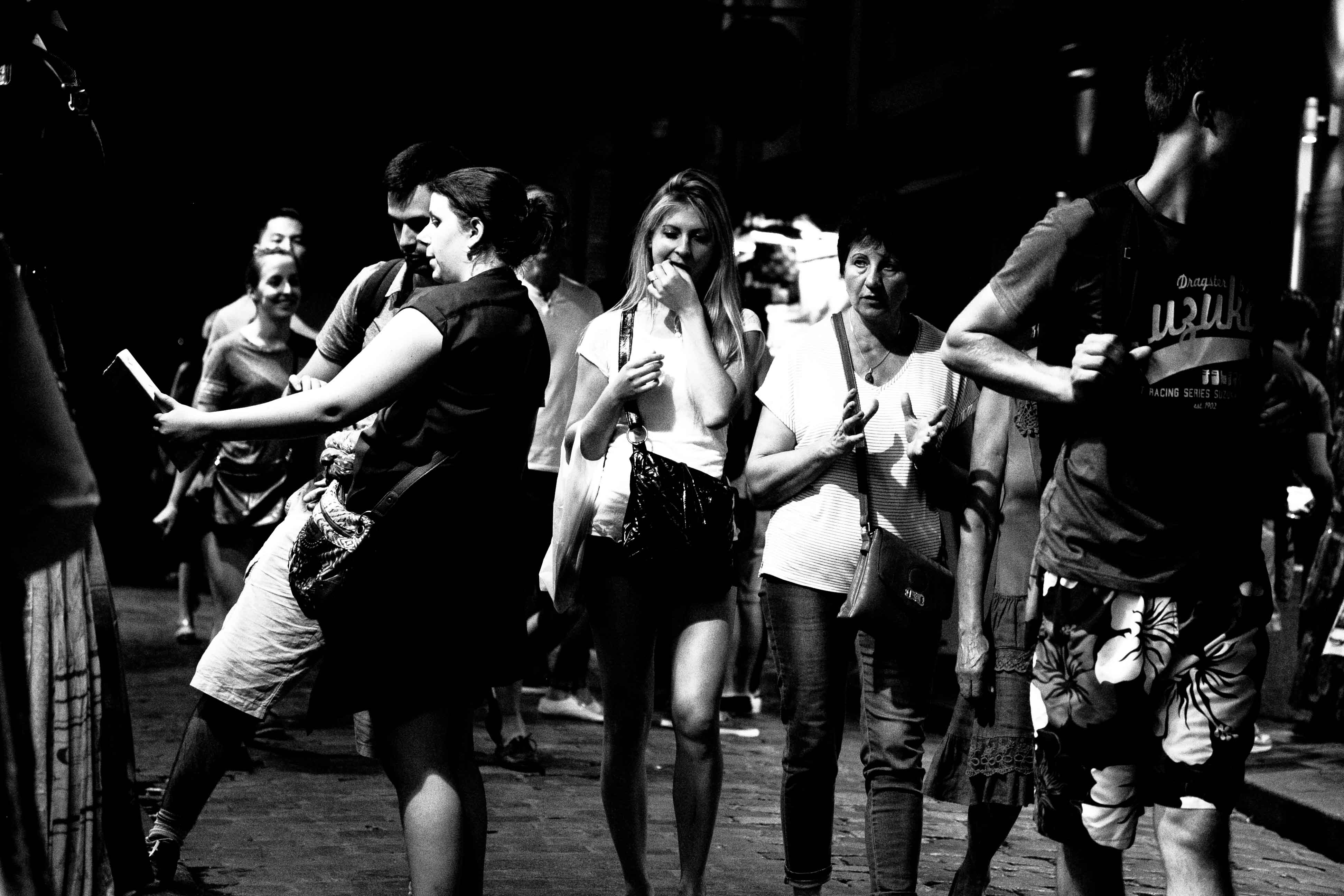 On this somber Saturday, we mourn with the nation of France, following last night’s shocking coordinated terrorist attacks in Paris. More than 120 people were reportedly killed; the number likely will change as the weekend progresses.

Our selection deliberately focuses on a happier, more typical night—Aug. 11, 2015—when Steven Depolo captured this moment in the city’s Montmartre district. Camera information was removed from the EXIF during editing. He is “director of foundation giving for Grand Valley State University”, in Michigan. From Detroit, he joined Flickr in July 2007.

Again, our sincerest sympathies go out to the people of France. We will return to Paris street photography on Days 320, 321, and 322.