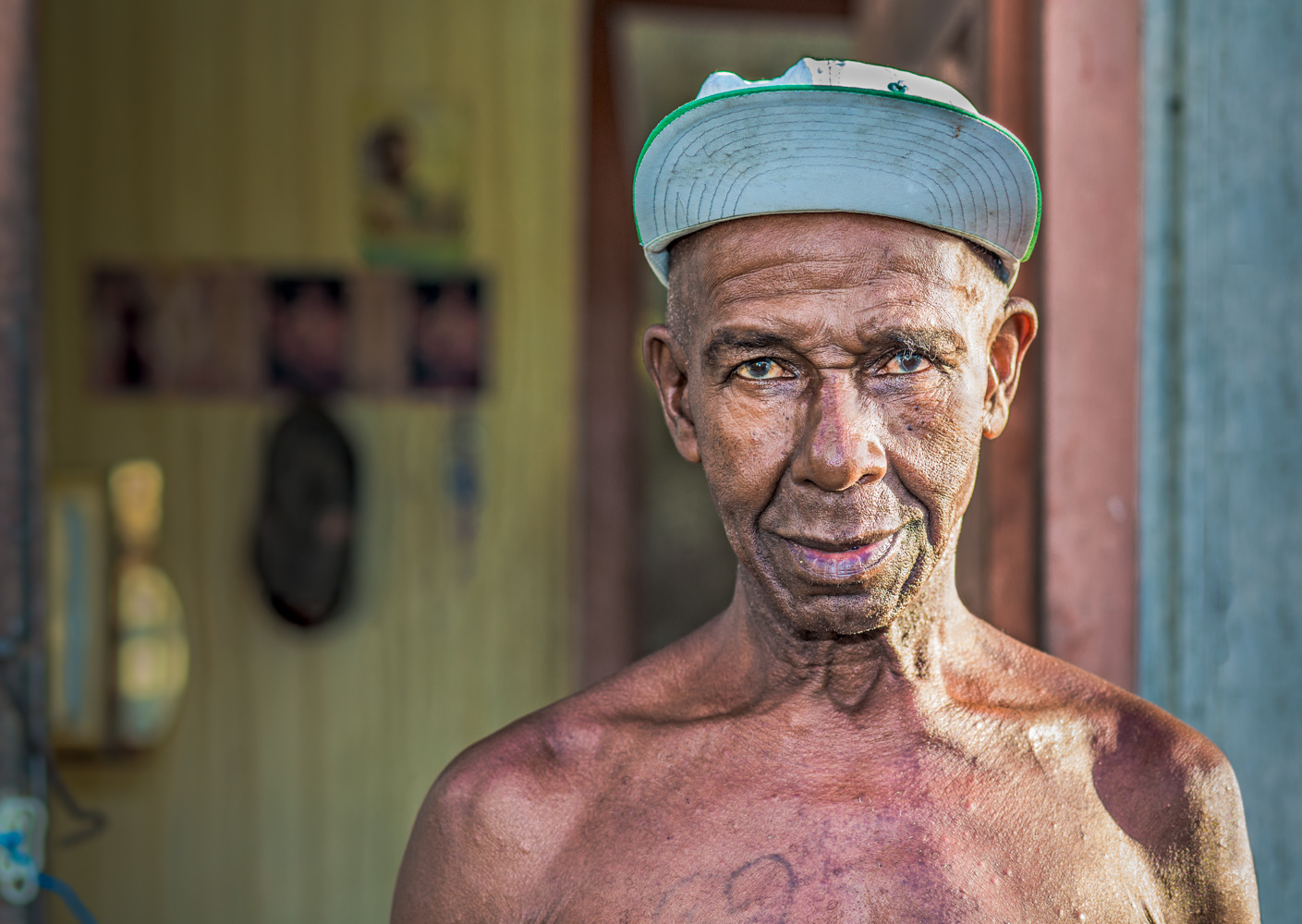 Self-titled “Choiseul Fisherman, St Lucia” isn’t the most representative of her broader shooting style but it is nevertheless irresistible. She expresses better than why the photo takes the Day:  “I like the simple colors of his two roomed hut on the beach. His face worn by sun and sea”. Among the other contenders: “Girls in Castle Tunnel“; “Irish Traveller baby at Ballinasloe Horse Fair“; “Tim Andrews-2‘;  “Ladies at Goodwood Revival 2015“; and about a 100 others.

Heather captured our winner on March 13, 2013, using Canon EOS 5D Mark III. Vitals: f/4, ISO 100, 1/60 sec, 85mm, flash fired. From Brighton, United Kingdom, she joined Flickr in June 2007. You can also find her on Facebook, Google+, Instagram, and Twitter. But if you go nowhere else make it her fabulous professional photo website.