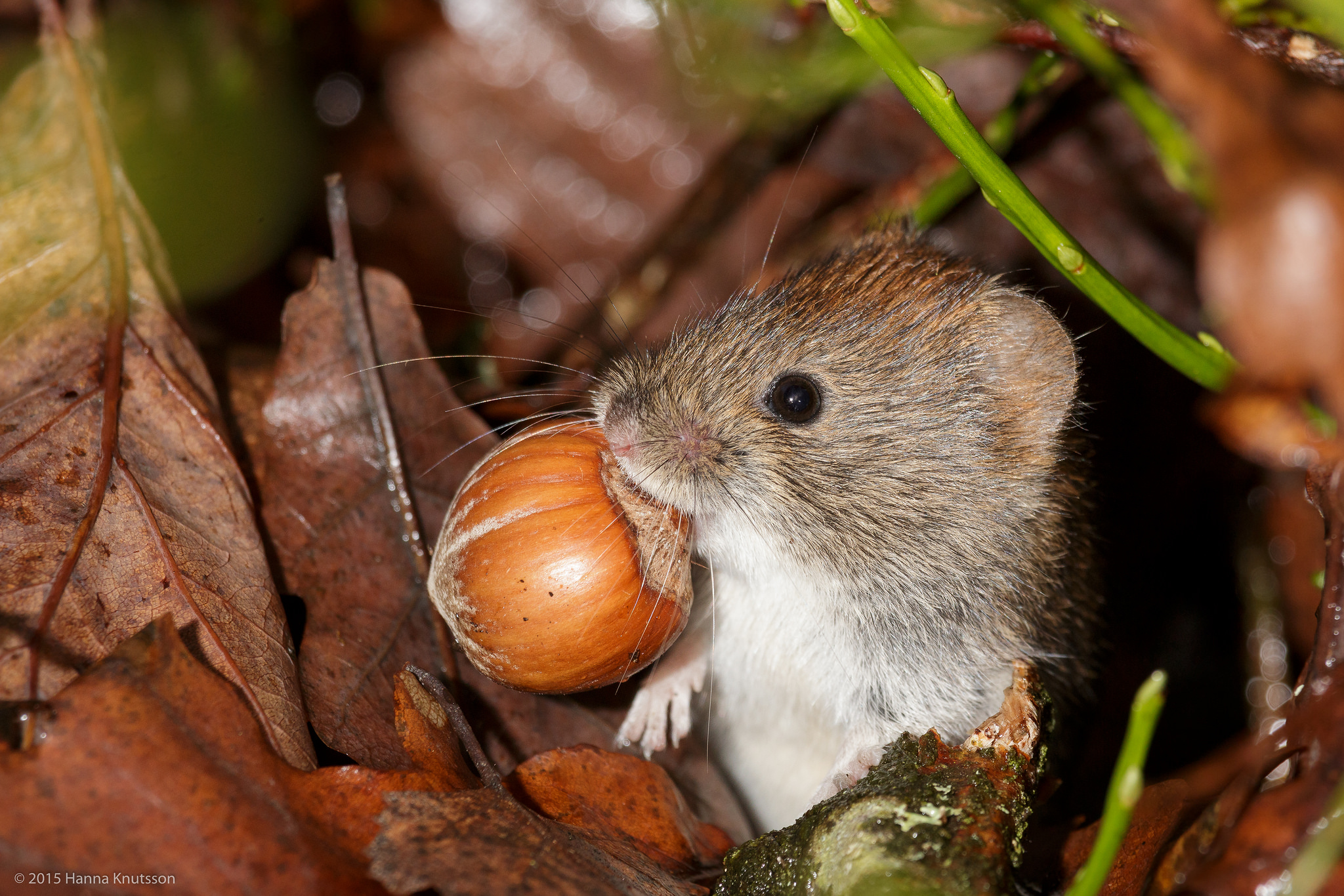 The bank vole manages to run with the large hazelnut in its mouth, gripping the rough end with its incisors. The hazelnut is, however, often dropped—especially when diving into a tunnel—and sometimes abandoned, before reaching the final destination. Here the vole has stopped momentarily before traversing one of several relatively open stretches on the way. Sometimes the vole turns around and chooses another path.