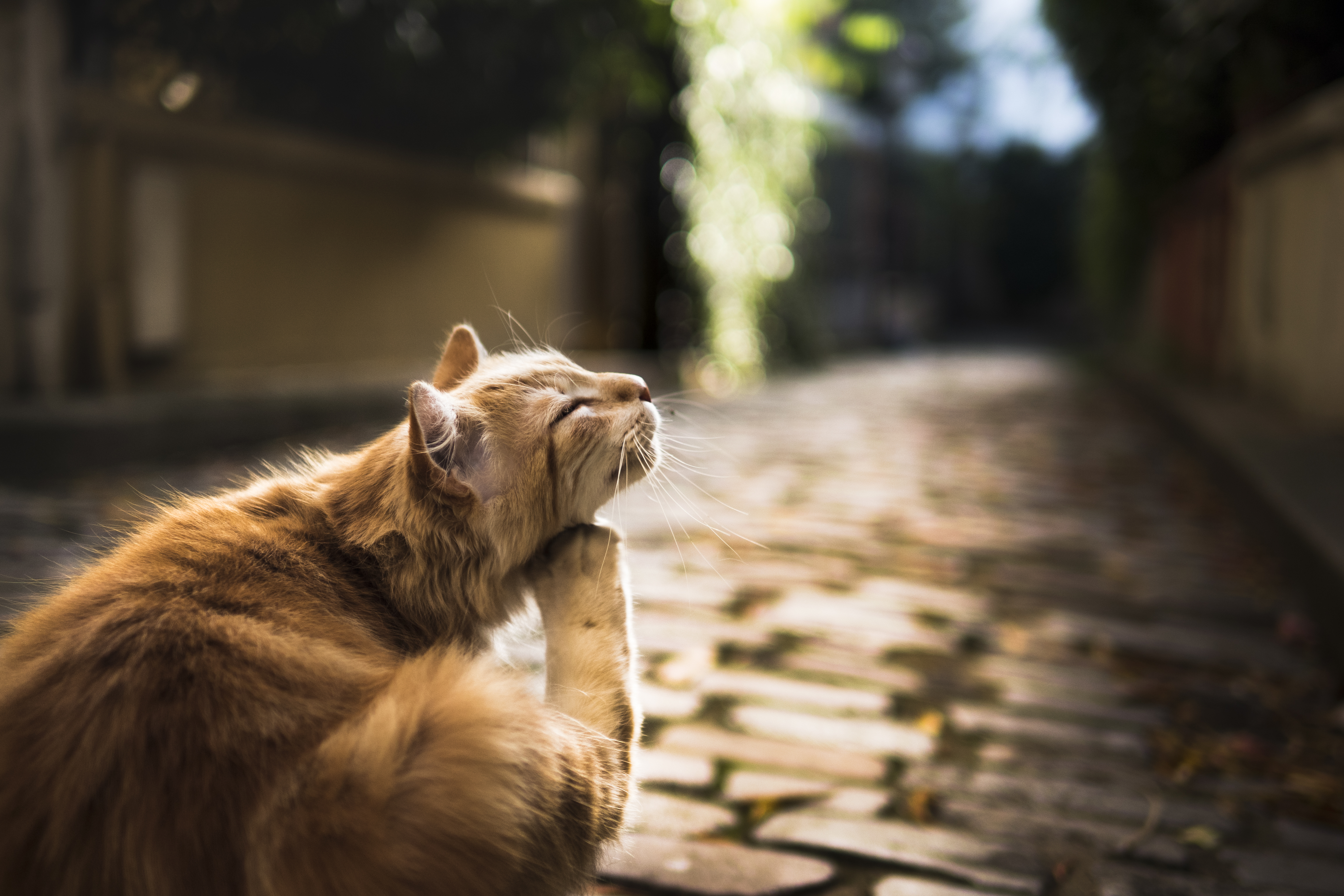 My favorite photo of the 365 is Day 38 “Master of Venice” by Alexis Bross. Cats are such an Internet stereotype how could I not conclude the series with another—conceding that Flickr a Day has too many. Additional Days: 51, 143, 201, 220, and 302.

In choosing the feline that would end the series, I favored habitat shots and ignored facial closeups or handsome subjects. None of the finalists is ugly, per se, but only the last two do I find to be attractive. I never imagined seeing more cat photos than I could possible tolerate, until selecting our winner.  The contenders:

Stan Aron takes the Day for color, composition, contrast, and beautiful bokeh. You could find on Flickr many pics like self-titled “Cat Scratch Fever” but few, if any, like it enough. Companion capture “Alley Cat“, in black and white, appeals differently.

Our shooter refers to himself as an “idealist yet pessimistic journalist”. Oh yeah, I can say the same about myself. Stan is editor-in-chief of World Investment News, an organization unknown to me before preparing today’s post. WINNE celebrates its 20th year in 2016.

Stan joined Flickr in April 2011, and his photo art is intimate, capturing character—particularly street shots. If not for last Day’s cat theme, I easily could have picked “Beijing“, “Comparing Wheels“; “Nice Carnival 2014“, or “Upfront Expo, Madrid“, among others. I nearly swapped in “Cats” as the final cut, last minute. The mother-kitten portrait is intimate and charming.

Wrapping up, presenting this series has been an honor and loads of fun—and educational. Should any significant number of people ask me to keep the series going for 2016, I could continue; same pace, or something more like Flickr of the week. Otherwise, it has been a pleasure.

Happy New Year! Thanks for reading.