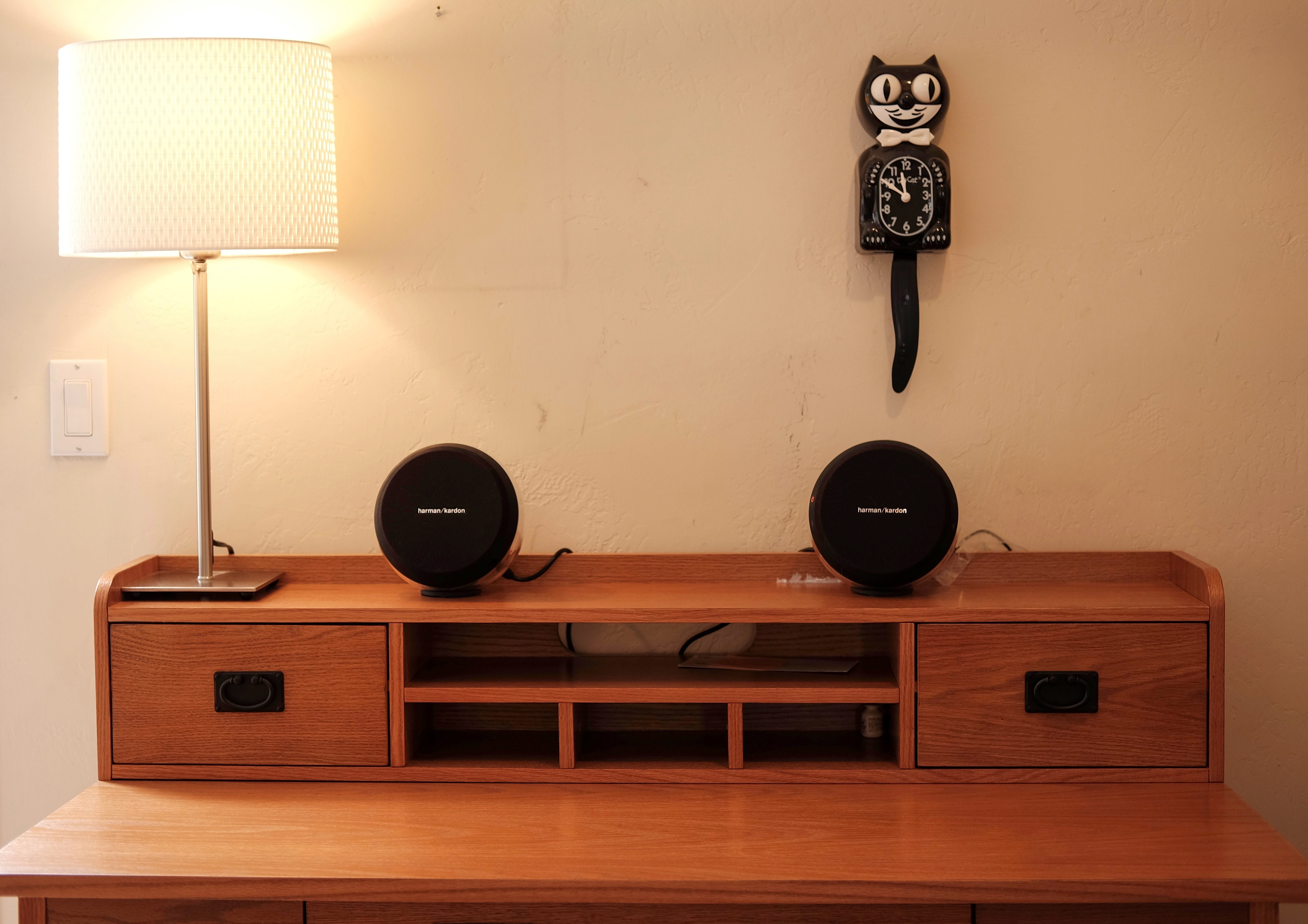 I am a big fan of change. Every so often, I swap computing platforms to shake up my old habits and make fresh ones. The new year began on Google Android and Chrome OS; more recently—as part of an experiment with iPad Pro—I use Apple iOS and OS X. Change is good.

Last week another switch-up started. I have a new workspace, desk and location, which is unsettling yet liberating. Sadly, timing overlapped with the unexpected death of my sister Annette and our family leasing a new car, after an accident totaled the old one.

From Then
When we moved into our apartment eight-and-a-half years ago, our daughter took one bedroom and my wife and I the other. The living room, or a portion of it, became my office. In June 2009, I shared about “My Minimalistic Home Office“, using the Casabelle Mail Center purchased from Pier 1 Imports for around $200. We still have it, as quick fold-out desk in the dining area. Soon after my daughter started college in autumn 2012, I moved my office into her room, where it has been since.

A year earlier, we bought her the Legare 36 in. White Writing Desk with Hutch from Hayneedle. The kit is best-designed I have ever used. Assembly is no more complicated than sliding this into that. Until May 10, 2016, my workspace was that desk and Molly’s room, where a big window looks out on an alley, down which a cool breeze often blows.

As May came, my wife and I discussed moving me into the living room—for several reasons. Among them: Providing her a consolidated space for beading; Molly’s room would be ideal. I considered returning to using the Casabelle but really wanted another Legare desk; unfortunately, the bamboo color that would best match our living room wasn’t available. 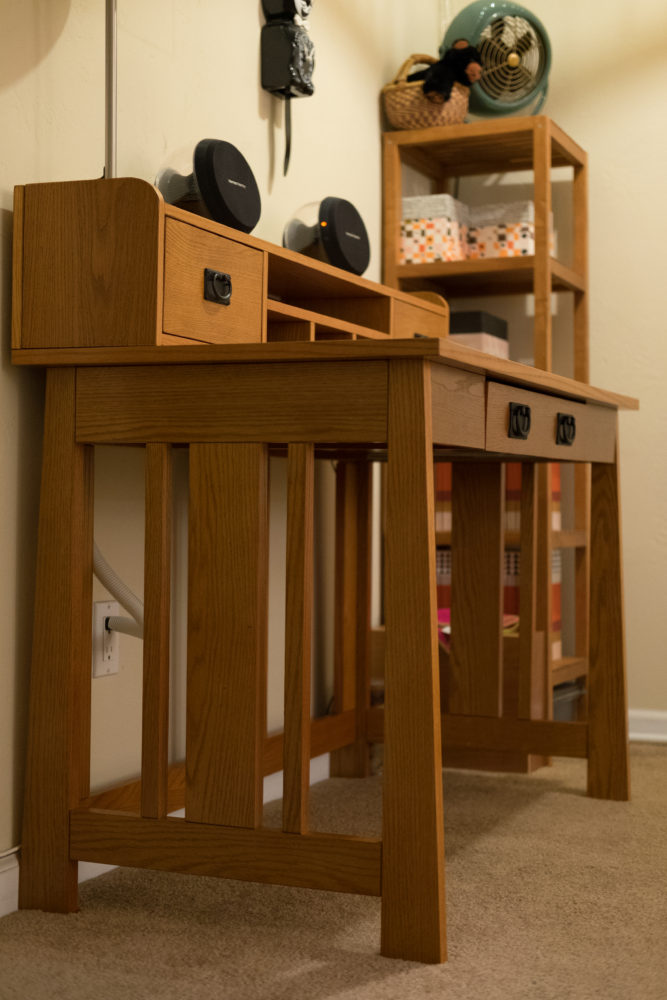 To Now
Something else, which I wouldn’t otherwise consider if not for the price, piqued both our interests: Belham Living Everett Mission Writing Desk with Optional Hutch for $101.01, plus $4.99 shipping and $8.49 tax. The kit is quality wood, and heavy. The original price was over $400, which an Internet search confirmed from other shops. Separate assembly of desk and hutch took several hours. Good thing we purchased, after several days discussion. The desk is now out of stock.

There was much I liked about Molly’s old room, such as it being over the garage, which let me blast booming music without disturbing neighbors in another apartment. The cat tree overlooks the alley, and I loved sharing space with Cali and Neko. But the furballs spend more time in the area nearby the new desk, where sun shines through the balcony window and front door. We still be friends. 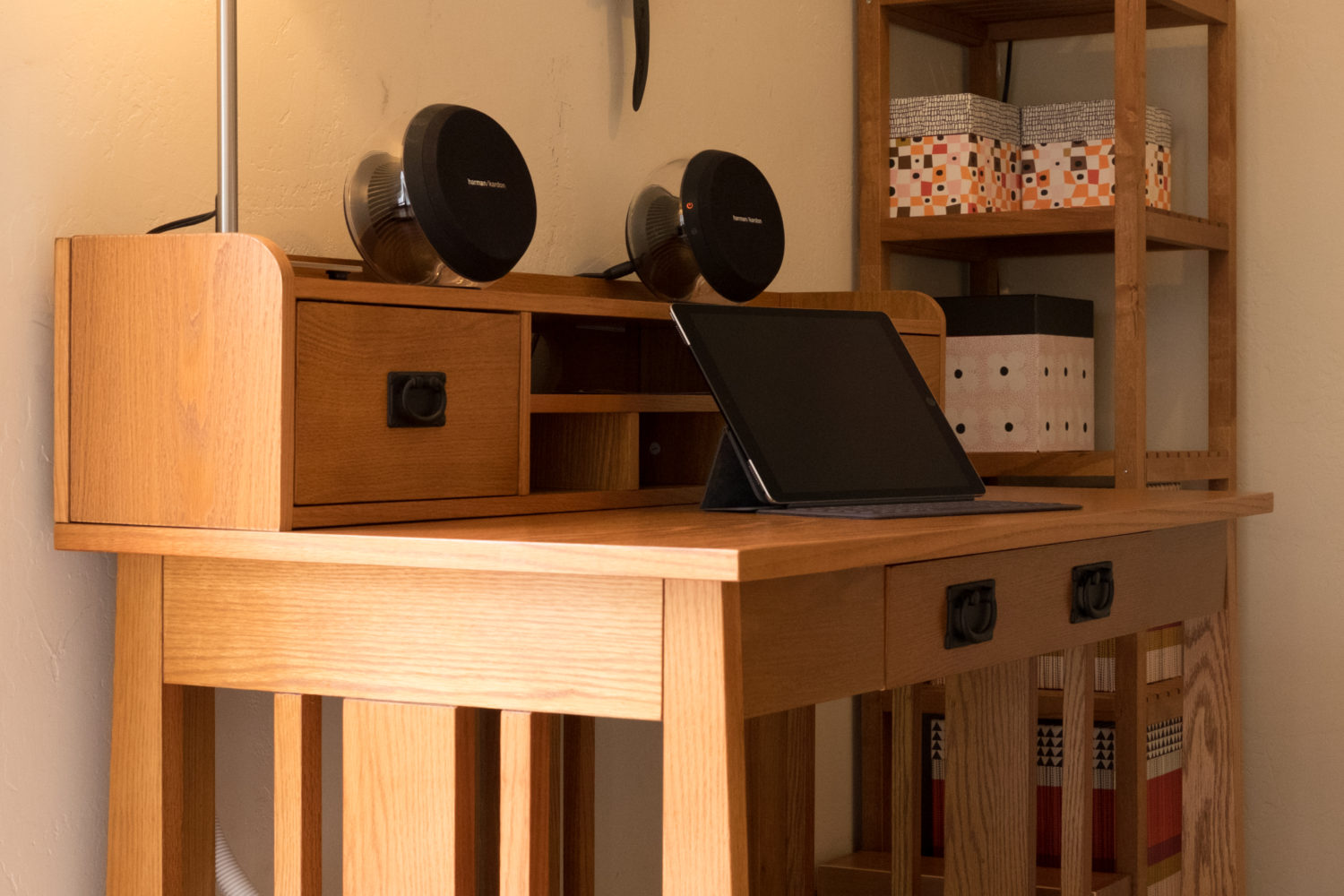