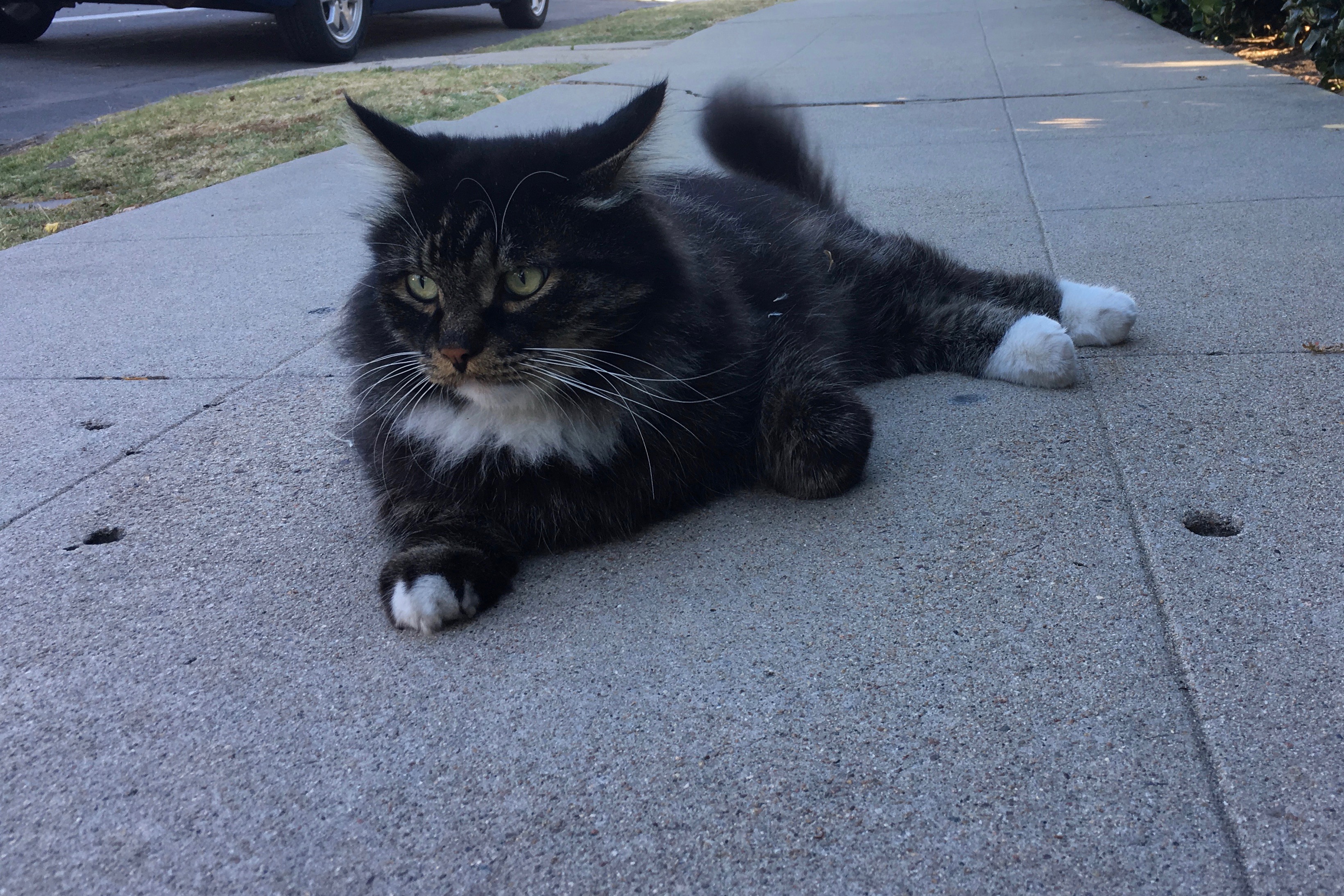 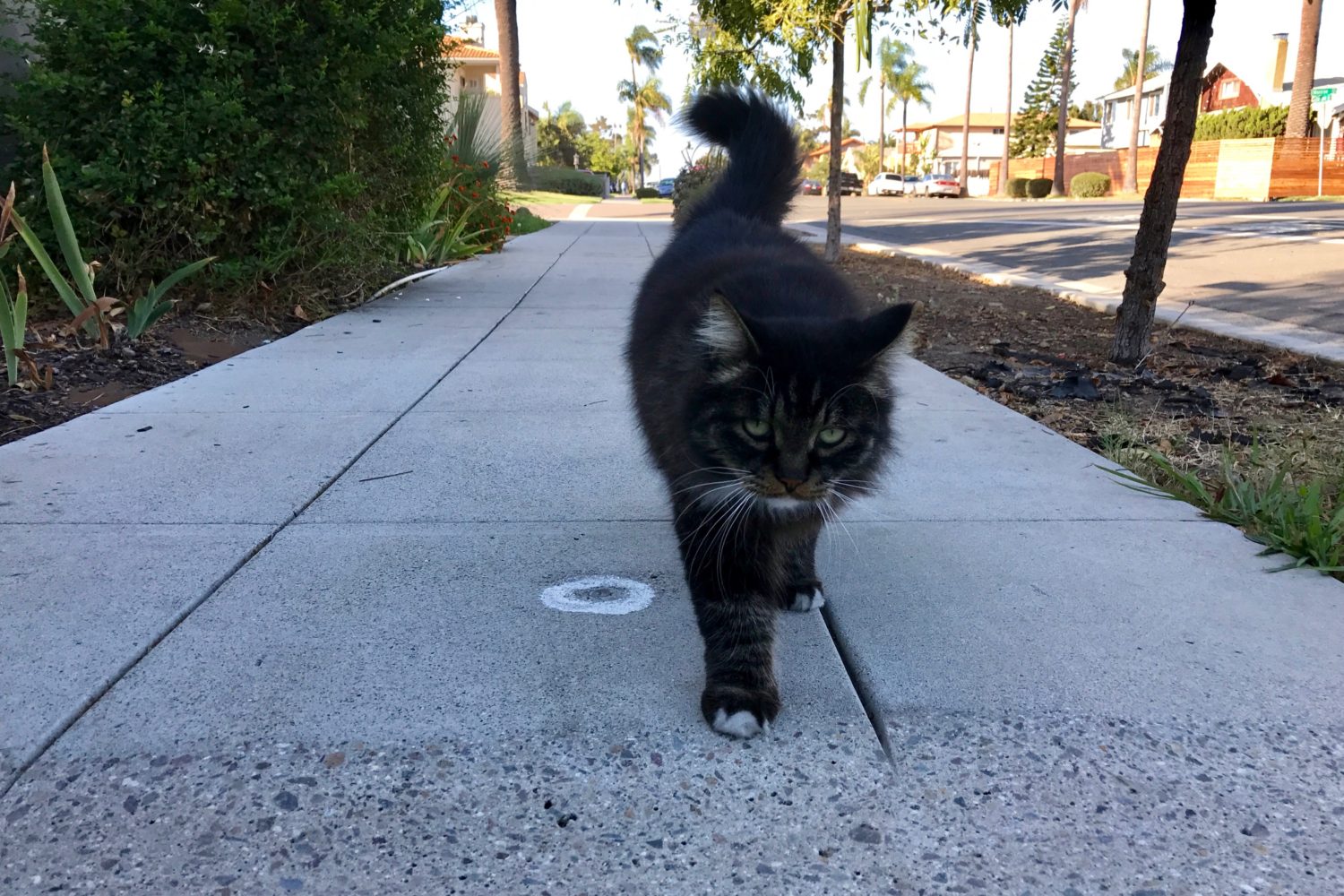 His spirit and energy feels youthful, which his oversize paws suggest. Roly Poly is likely part Maine Coon, which tend to grow into large beasts over five years. How is 11 kilos (25 lbs)? This gorgeous fluffball is nowhere near as large, but those paws suggest he one day could be. Hence, my thinking he is young yet.