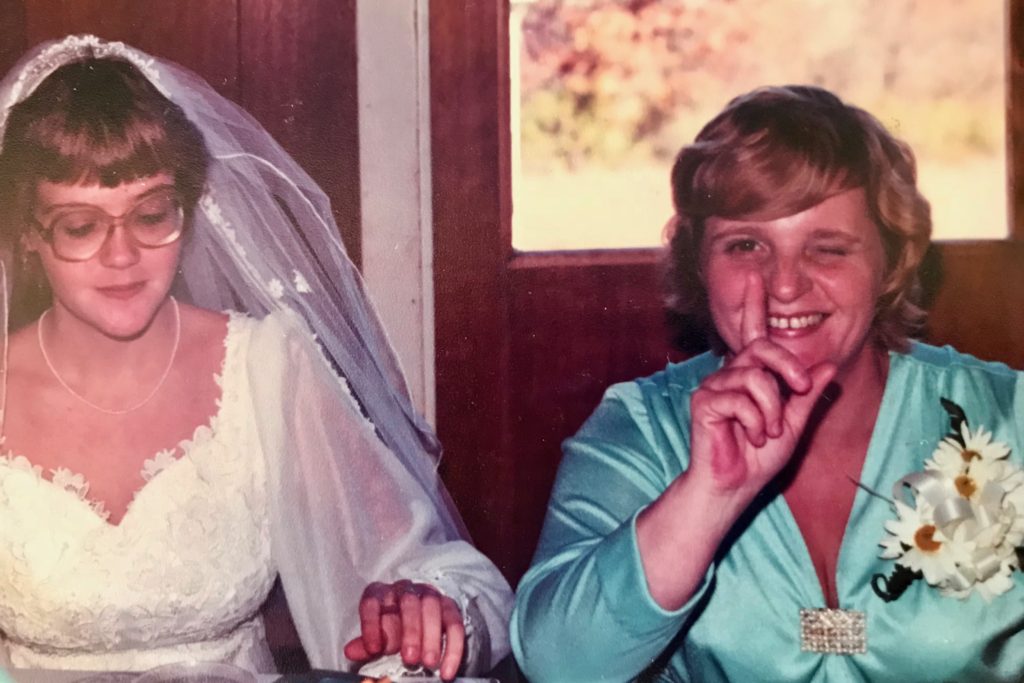 The family is still shocked, following my mother’s passing two weeks ago today. In February, a doctor candidly warned my sister Nanette that Linda likely wouldn’t live until Christmas and maybe not beyond summer. But mom was a fighter, with 10-fold a cat’s nine lives. Despite declining health, and repeated rushes to the hospital, she showed herself to be stout and fibrous—and since Spring she reached a relatively stable, vital plateau, seemingly in defiance of the physician’s prediction. What did he know? Eh?

Among other health issues, Mom suffered acute kidney failure, stemming from diabetes, and underwent renal dialysis several times a week. During her last week of life, the purification process went poorly because of problems with the port used to access her vein. Doctors planned to open a new port, and close the other, on Aug. 3, 2017. Something went wrong, and she started bleeding profusely internally.

Her dire state, for which surgery would be remedy and from which she couldn’t survive, stabilized by late the next day and even looked hopeful. Linda defied the odds once more—or so we all presumed. I don’t know the sequence of the next events, whether attempted removal of the old port (as planned) played any part, but the hemorrhaging resumed and early morning on the 5th Nan received the dreaded call: Mom had reached the point of no return; time had come to bring in the family and priest.

This wasn’t the first time that mom had been distressed enough for “the call” to rally around her. She had even joked with the priest during an earlier instance. My niece Lynnae told me that nothing was normal about her Grammy that morning. Her breathing labored, and she lay still. Yet, Linda had regained some alertness after nearly two days of dreariness. Eyes response only. She tried to speak but could not. Nan said that tears streamed down mom’s face when the priest gave last rights. The will to fight remained, but the body was unwilling. She passed about four hours later, at 2:02 p.m. EDT.

Day before yesterday, I visited Lynnae in Long Beach, where she had come on business. Nan sent along memorabilia from mom’s apartment; the majority are irreplaceable photographs. After my niece and I separated for the evening, I looked through all the pictures—kind of a quick curation. I stopped at one, awestruck, yelling to no one but myself: “That’s the mom I remember”.

The Linda I loved stares whimsically, as was her commonplace. That smile, raised finger, and wink also bring to mind—of all things—Japanese manga. For example, doesn’t the Amulet Angel drawing or Good Girl, Bad Girl T-Shirt, remind of someone?

Mom was often the playful prankster. If she wasn’t smiling, or laughing, she soon would be. Why wouldn’t she beam at her youngest daughter’s wedding?

I don’t know who was the original shooter. The Featured Image is a photo of a photo that I captured using iPhone 7 Plus. It’s good enough for today, but in the future I will try to shoot something that preserves more of the original’s quality. I suppose that two archival copies will be prepared—one like the original with cigarette pack and other items on the table and another, like you see here, that leaves behind behavioral artifacts of the time.

You gave us 76 years, momma, and I was blessed to be a small part of 58 of them. Today, this photograph turns tears to my eyes. But, someday, surely, I will smile with you.