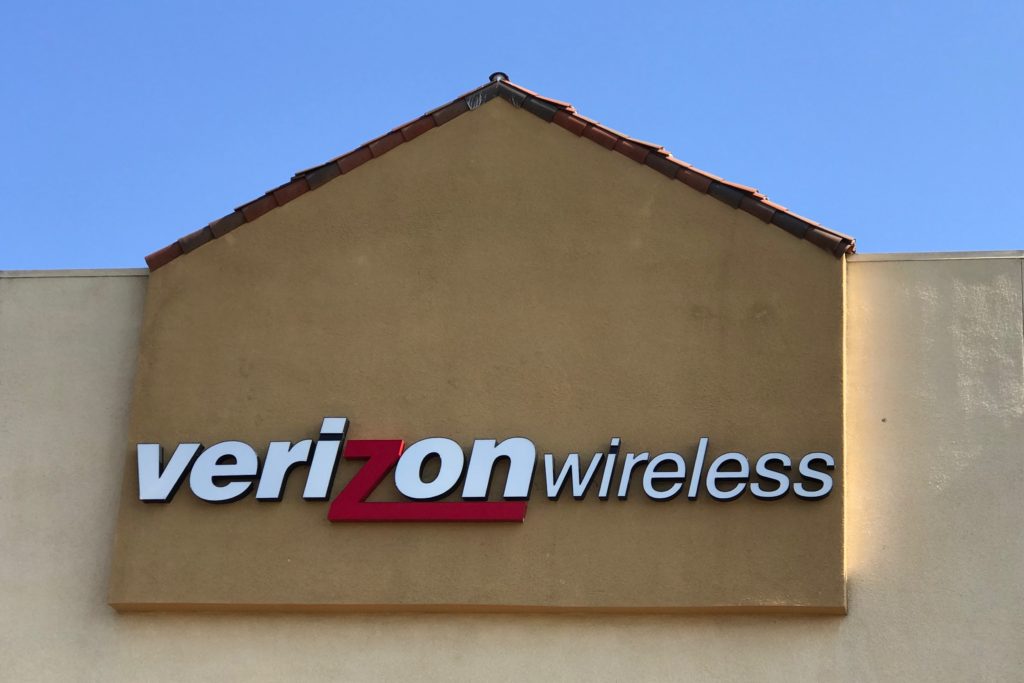 I should have known better. Once burned is supposed to be twice as wary. Right? Disgruntled by pricing and other policies, in autumn 2015, I took my family from Verizon Wireless to T-Mobile, which cut our monthly bill by more than one-third. But in May of this year we made the trek back in part because data speed is so much faster from my apartment than it is with Magenta. Better Red than dead, eh? Wrong. Oh, dumbass me. Un-carrier’s aggressive pricing, and Verizon’s first-ever quarterly loss of post-paid subscribers, compelled the nation’s largest carrier to respond—by, starting in February, to offer comparable unlimited plan that for my family of five lines would cost just $20 more a month while delivering superior, speedy service. But what Red gave, it now takes away. I regret the decision.

Today’s unlimited cellular service plan changes suck some of the most important value from all that extra bandwidth. What good is having something you can’t use? Henceforth, Verizon will offer two consumer options—one (Go Unlimited) that throttles streaming video to 480p on smartphones and costlier option Beyond Unlimited that reduces quality to 720p. Go is essentially priced the same as the older unlimited plan, and it takes away even more: Tethering (e.g. Mobile Hotspot) is capped at 600kbps. There’s no 4G LTE for you, baby!

That’s what happens when corporate arrogance, fostered by a subsequent quarter of post-paid subscriber gains, chokes customers in a bait-and-switch maneuver. Many of those new, or recovered, subscribers financed phones or entered into 2-year contracts. Now they’re hooked, even should today’s changes infuriate them. I am not bound by any device-payment commitments. Changing carriers absolutely is an option.

Throttling for Everyone?
The question: Are current Unlimited subscribers (like me) throttled, too? You would think so from the press release that raised so much online snark yesterday that President Trump looks saintly compared to the Great Satan Verizon (notice the color the carrier and Devil share in common): “Moving forward, HD video on all legacy plans will also match Beyond Unlimited’s HD quality. We’re doing this to ensure all customers have a great experience on our network since there is no significant difference in quality on a smartphone or tablet when video is shown at higher resolutions (than 720p on phones and 1080p on tablets)”.

If that’s true, and people won’t notice, why not default video playback to the lower bitrate while letting customers choose more should they want to; presumption being that most won’t.

On August 22nd, I hauled down to the company’s corporate store to confirm that such wickedness would to our video streaming come. Additionally: To cancel the tablet data line I added six days earlier. How ironic that Bruce Springsteen played over the shop speakers as I walked in:

Yup, that press release was the spark that lit a fire of roaring online outrage ahead of Verizon customers experiencing low-bitrate streaming like their video’s gone dark.

The Red rep was blue in the face, knowing nothing about the announcement that hours earlier had sent a tsunami of raging comments across InterWeb blogs, discussion forums, and social networks. He hadn’t been trained yet on the changes. I decided to cancel the tablet line regardless, and the mystified clerk offered no resistance.

But his manager, who must be closer to the devil within the Red hierarchy, fussed. She claimed repeatedly and emphatically that existing Unlimited customers would have the same streaming bitrate tomorrow (which is today) as they did today (which was yesterday). All would be revealed when the new service plans went live. She dismissed the throttling-for-everyone claims in the press release like they were fiction. I didn’t believe her but couldn’t chance she was right; so I kept the tablet line alive.

And I waited. If this were a movie, the director would now cue the dramatic music.

I awoke this morning to Verizon customer email about the new plans, assuring me (kind of like the Devil did Eve when offering the forbidden fruit): “Because you’ve been with us from the beginning, we’re upgrading your plan to include the additional Beyond Unlimited plan benefits at no additional cost. We’ve already updated your plan; there’s nothing you need to do!” Punctuated with an exclamation point.

Presumably one of the, ah, benefits is throttled video. I called customer service, twice, and both Verizon reps confirmed that video streaming would be limited to 720p on my smartphone and 1080p on tablet. So, unless Verizon had already capped streaming—and I couldn’t firsthand say, having not watched videos on mobile for several weeks—the store manager either lied or was mistaken when saying that what I had yesterday would be the same today.

I hold out hope that maybe, just maybe, Verizon isn’t capping my video bitrate. Testing will confirm, over time.

Beyond Limitations
I’m a big fan of clever marketing, but there is something goading—sadistic—to Verizon’s new nomenclature that is more like a raised middle-finger and smile. Lowest-bitrate option Go Unlimited should be praiseworthy branding for the positive connotations associated with the action verb. But there’s something sinister, too, when thinking, for example, Ready, Set, Go—but what you get is slow-going video streaming. Beyond Unlimited infers one thing—something even better, even greater, than unlimited—but really means that you the subscriber can’t go beyond 720p video-streaming limitations.

Hey, but that’s okay, because Verizon wags a different benefit as being more valuable. From yesterday’s press release: “If you signed up earlier this year for Verizon unlimited, good news. You’ll automatically get 5GB additional mobile hotspot data—at no additional charge. And always, if you like what you have today, you can keep your current plan”. How convenient; offer something a smaller number of subscribers utilize while taking away something a larger number absolutely do use. Yes, mobile video is huge.

Ooyala’s Global Video Index report makes the point: “Q1 2017 set new records for mobile video starts, as 56.5 percent of all video plays were on mobile devices, up from 54.3 percent last quarter and from 47.7 percent a year ago. Like the Energizer bunny, mobile video just keeps on going”. Well, perhaps, not if you Go Unlimited. “Smartphones finished the quarter with 46.9 percent of all plays—nearly equaling the total for all mobile devices last year. It was the highest total for smartphones since we began the Video Index, up nearly 20 percent year over year”. And Red will sell you a swanky smartphone with 1440p screen to watch 480p video on its Go Beyond nothing network.

So I stand before you wearing a proverbial expression of dumbass contrition, wondering how a decision that seemed so right in May had gone so wrong in August. I am pragmatic about these things. My return-to-Verizon reasoning was more than just faster bandwidth over T-Mobile—and we’re talking substantial difference: A few megabits per second vs 60-70Mbps from my home office. I had planned to travel back East to visit family in rural areas of New England where Red has coverage and Magenta doesn’t. These two factors, along with lower pricing, tipped me to switch.

But my mom died earlier this month, and travel plans are now indefinitely delayed. By the time I will travel, T-Mobile should have its rural-reaching 600MHz network up and running, and phones available to support it. BTW, mom’s passing, and family matters that followed, is major reason I hadn’t been using mobile video for several weeks and can’t account from experience whether or not Verizon had already throttled video (which would make that store manager’s statement true).

Sigh, stupid me. I had a sweet service plan with Magenta before going, and now seeing, Red: $180 monthly for five lines of unlimited 4G LTE data, talk, and text. A few months before the carrier announced Binge On, I locked in a short-term promotion that allowed the family to stream HD video rather than the 480p that plan requires for unlimited benefit.

Verizon’s new, Go Unlimited (and get less) plan costs about the same as the single offering launched in February and, again, what I signed up for in May. Five lines would be the same $200, but for lower-bitrate video streaming (480p) and unlimited tethering (capped at useless 600kbps). As someone who, for security reasons, never uses public WiFi, Mobile Hotspot matters—and it should to you, too. Beyond Unlimited brings the five-line cost to $250 (subscribers needing one line start at $85, also a price increase). For the privilege of paying more, you get lower streaming bitrate (again, 720p for smartphone and 1080p for tablet) but higher tethering allotment (15GB, up from 10GB).

They say that the Devil is in the details. Verizon’s February press release states in the first sentence that the Unlimited option—heralded positively by the tech press and across social networks—was an “introductory plan”. We were all warned.

Perhaps T-Mobile deserves some blame here for Red’s cunning changes. In July, Magenta effectively raised prices to comparable monthly fees. The so-called One plan caps video at 480p. The HD-streaming One Plus had cost $5 more per line but the carrier raised the price to $10. Verizon’s original Unlimited plan came down to near T-Mobile but was still a little higher. Magenta matched customer fees and now a month later Red raised its own—once again, making them higher than T-Mobile. Never scrap with the Devil in a game of oneupmanship. He will always win.