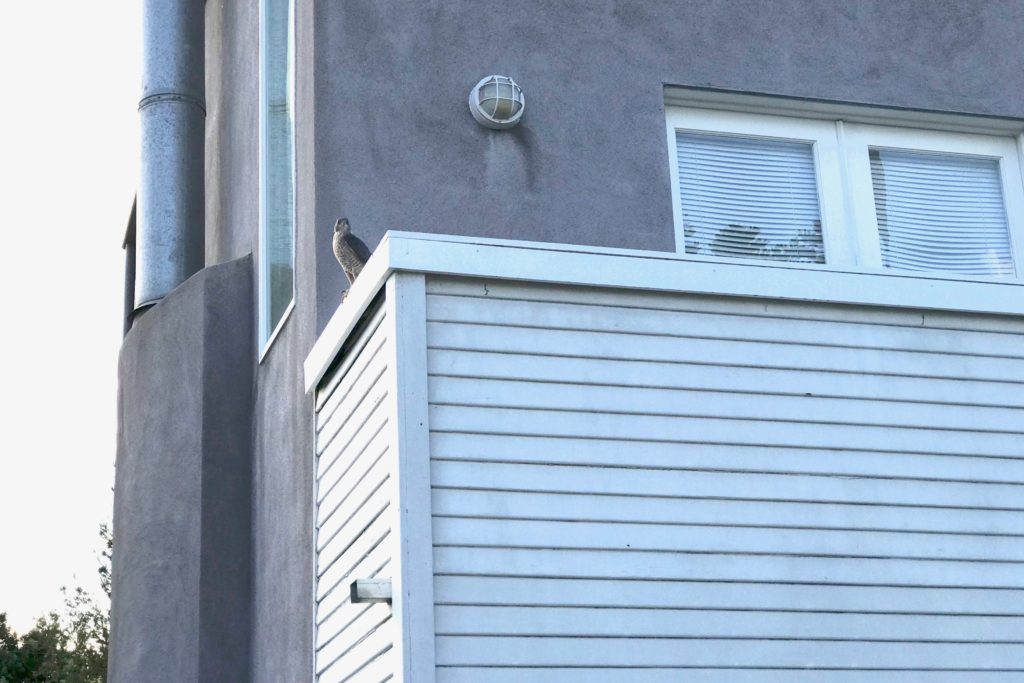 While walking down Maryland Ave. late this afternoon to the grocery store, what looked like two birds locked together swooped by me. As I turned my gaze across the street, the one dropped the other before perching on a building. There waited the first hawk I ever recognize seeing. Had the Leica Q been with me, I could have manually focused in the moment and close-cropped later during post-production for detail. Instead, I made do with the iPhone 7 Plus second camera, which acts as a 2x optical zoom.

The smartphone poorly addressed the lighting, measuring from the brightly-lit background—something I could have compensated better for if not in a rush. The bird wouldn’t wait around long. The Featured Image, and its companion, are both heavily edited; in the first, I purposely blew out the sky’s highlights to contrast against the urban structure and to brighten bird and building. 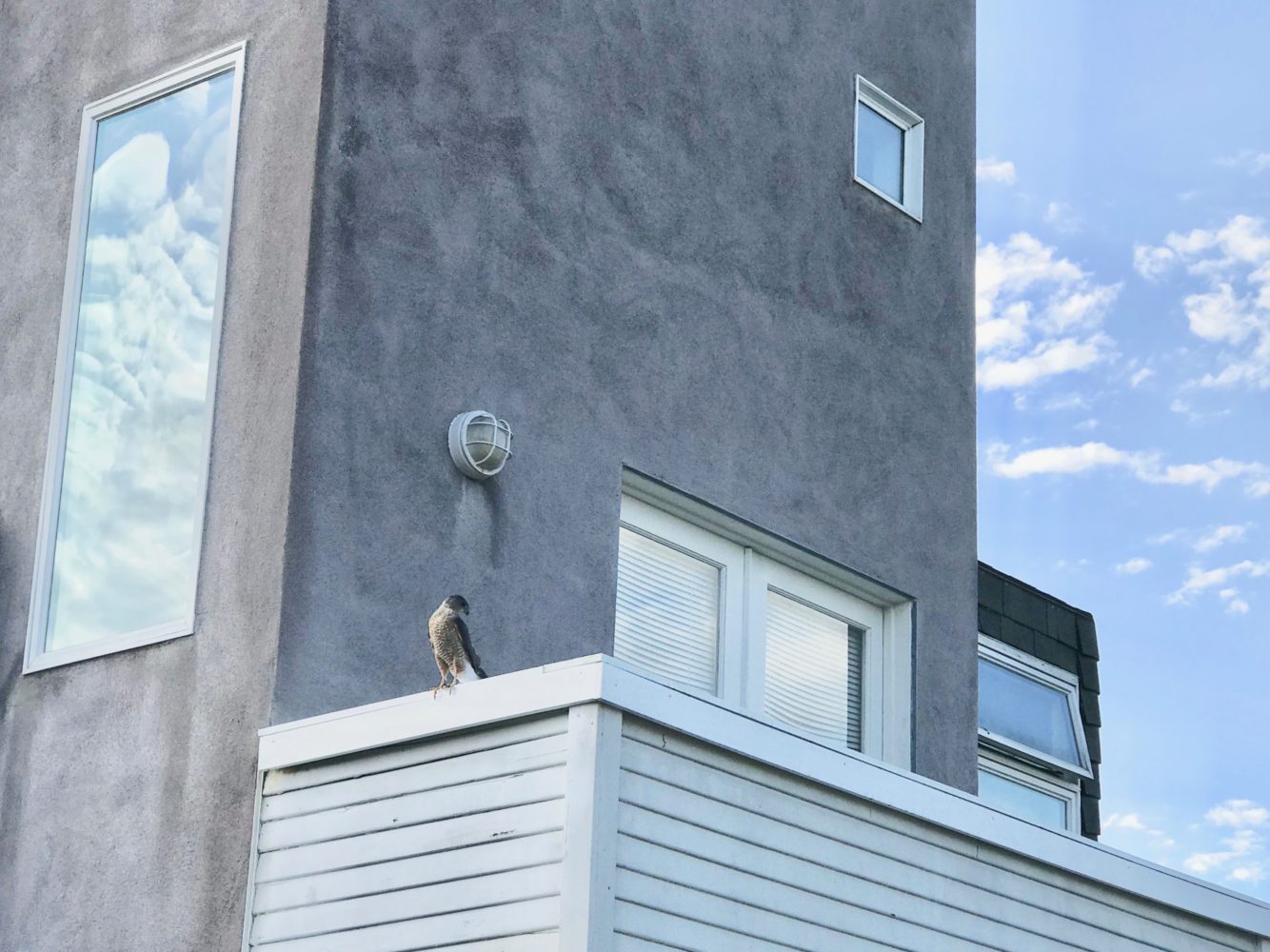 There are days that I wish for a camera with real telephoto lens, which neither the Apple nor the Leica provide. But most days I don’t need the reach; fixed-focal-length prime is lens enough. Besides, there is opportunity in the situation—the hawk is portrayed in context of its surroundings rather than fine detail that zooming in would present.