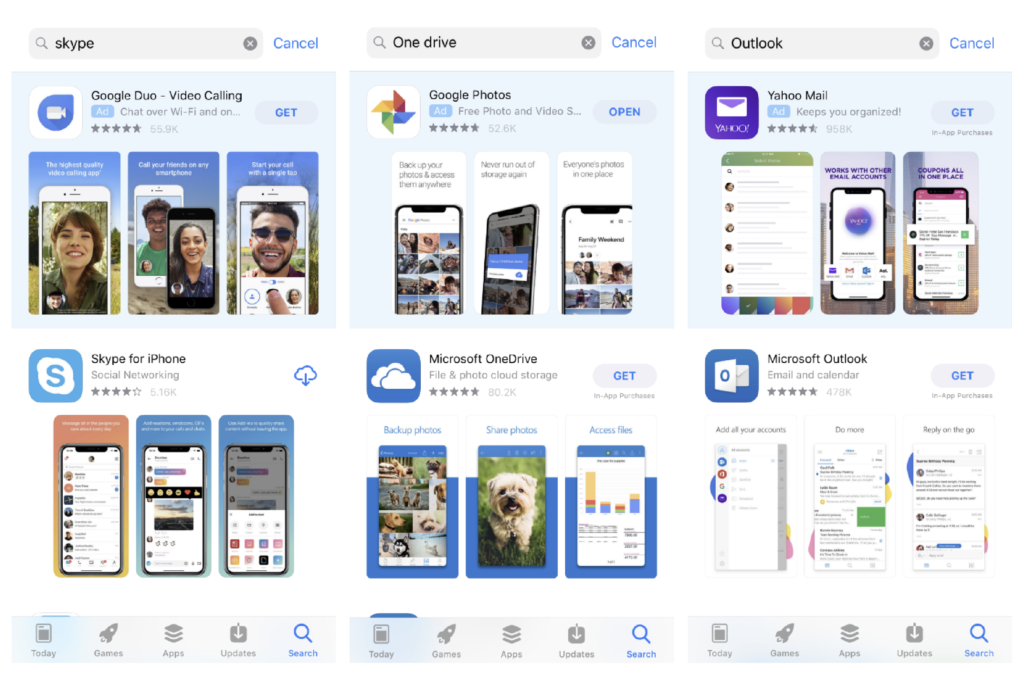 The Internet has its share of whiners about paid adverts placed on Google search pages—and not without some justification. But this! A competing choice prominently placed on a small screen where there is just room enough for two? Frak me!

To see if maybe this might be an anomaly, I searched for several other apps, two of which you can see (larger pic). Microsoft isn’t the only target of these ads, but bullseye enough.

What next, Apple? A full screen of product ads before the user scrolls to get what he or she searched for?