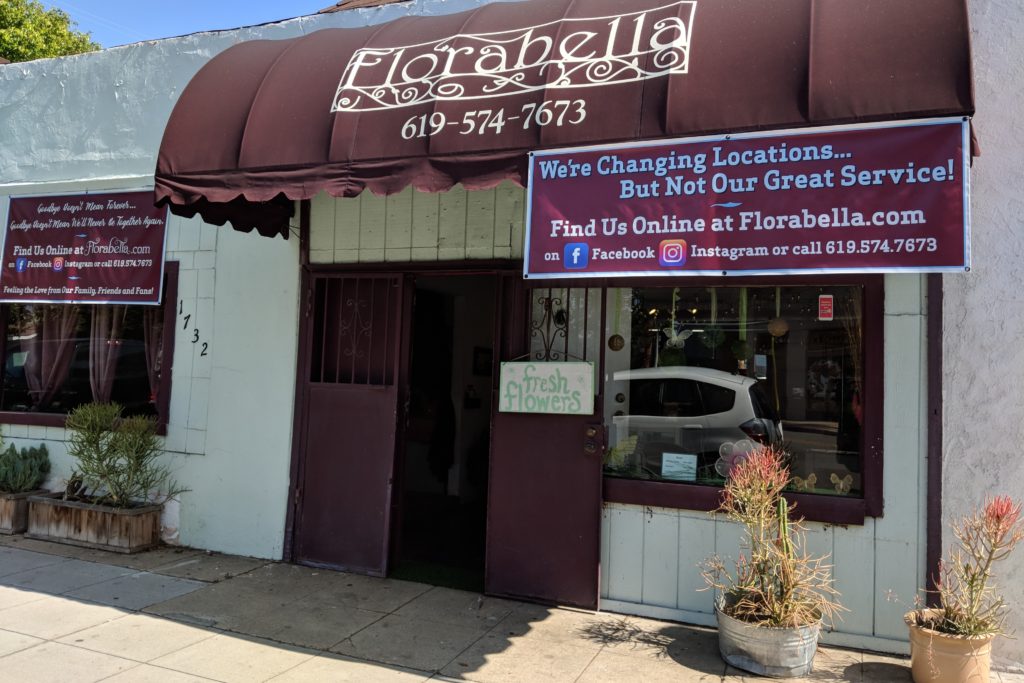 Last night, on the NextDoor social network, I read a post about the University Heights florist moving and asking if anyone knew where. This morning, I stopped into the shop, Florabella, and asked. The 29 year-old establishment will for a time share warehouse space with a large floral distributor off of Morena Blvd. The current location is convenient and charming—inviting for walk-in sales. The temporary space is along a congested, commuting corridor.

The end of Florabella’s 24 year presence in my San Diego neighborhood is a common local retail story. At the end of May, the landlord informed the commercial tenant that the rent would triple, effective July 1st. For that month, though, the increase would be reduced to $1,000. I have heard the three-times figure often over the past 12-18 months. With a difference: The other shops closed up. The florist saunters on.

Rising retail rents are common in UH, along with Hillcrest and North Park. Greed is the only sense I make of it. Newcomers can’t afford to pay either, if the number of shop turnovers after one or two years is any indication. I see numerous empty storefronts as well, particularly along University Ave. in the other two communities.

Florabella’s official closing/relocation date is July 6th. I was told that timing is about as good as the store can expect. Independence Day doesn’t drive flower sales, and passed are the holidays that would.