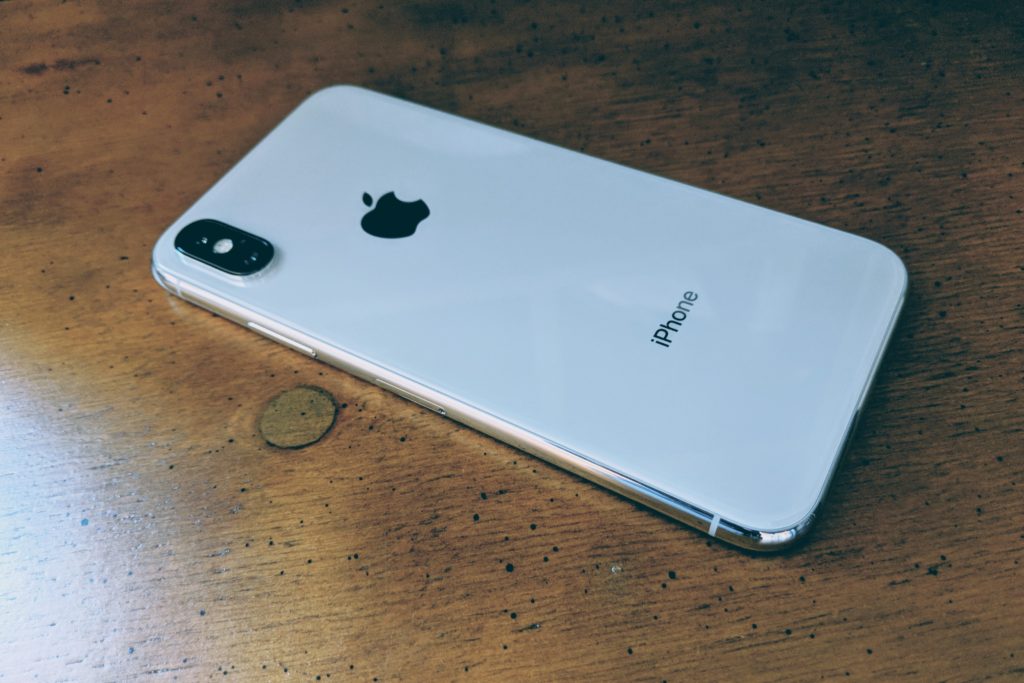 Laptops
Anne is the truer switcher. She put aside her 13.3-inch MacBook Pro with Touchbar (2.9GHz Core i5 processor, 16GB RAM, 512GB SSD) for Pixelbook i5 (8GB RAM, 128GB SSD) and aforementioned iPhone for 128GB white Google Pixel 2. Her MBP has languished, unused, since. I had planned to give it to my daughter, but she is messy and too likely to jam up the keyboard. You know about Apple’s problem there, right?

The littlest particle of dust can cause problems with the butterfly keyboard, and I know as a customer: The space bar occasionally misfired on the 13.3-incher straight out of the box—and I purchased the laptop directly from Apple! The key all but stopped functioning, coincidentally, the day before Anne switched to Pixelbook. I have an upcoming appointment at the local Genius Bar, utilizing the recently announced keyboard repair program. I won’t pass on the problem to the notebook’s next owner.

If I sell it. I have decided to keep one of the MBPs for testing MacOS Mojave. Right now, my 15.4-inch Touchbar model (2.7GHz i7 quad-core, 16GB RAM, 2GB Radeon Pro 455 graphics, 512GB SSD) does duty. By specs, and residual value, the larger laptop is the one to keep. But it also could sell for more and benefit some college student. With schools starting everywhere, I must choose which within days.

To be brazenly frank, MBP i7 performance immediately disappointed. I didn’t feel the speed in everyday use, nor when lifting heavy loads—whether using several bloated desktop applications or processing graphics-intensive digital content. I do not exaggerate when claiming that my Pixelbook i7 (16GB RAM, 512GB storage) blazes by comparison. Subjectively, of course. Benchmarking means nothing to me. Real-time responsiveness is my benchmark.

Given that the smaller MBP also is zippier—and more than capable enough to test Mojave—the larger laptop will likely be immediately sold. Later on, unless there is continued need to test Mac software, I will sell the remaining MBP, too.

Tablets
My wife and I both have iPad Pros (9.7 and 10.5 space grey, respectively), although she rarely used hers before—not at all now. Recent Apple product lineup changes strip some of the resale value from both tablets. Hers is boxed and ready for new owner. I continue to use mine, and there are no immediate plans to part with it.

Main reason: Accessing Apple services, particularly for anything attached to iTunes or iCloud, really requires one of the company’s MacOS or iOS devices. I would regret not having something around for legacy management as subscriptions and such wind down. The other reason: I’m not convinced an Android tablet can meet my needs. I own, love, and prefer Pixel C but Google doesn’t love me—or any of the device’s other owners. Android Oreo is end of the line. Newer Android Pie isn’t supported.

Right now, I interchangeably use iPad Pro 10.5 and Pixel C, spending increasingly more time on the Android tablet. Apple’s slate has more pep, but Google’s gives great visual pazzazz; I’ll take the latter. The screen is crisper, material design and inhouse fonts are cleaner-looking, and colors are more vibrant. For consuming content. I much prefer Pixel C’s 1:√2 aspect ratio to iPad’s 4:3, while conceding that some native and web apps could present better. Yikes! Even Google News better flows on the iPad. That said, some iOS apps are annoying to useless on the Pro 10.5. For example, fonts are overly large in the Economist app, even at the smallest setting. They’re just right on Pixel C.

My ultimate Android, or even Chrome OS, tablet destination depends much on new Google products expected to be revealed in early October.

Connected Speakers
HomePod is mostly an all-Apple ecosystem device. Mine arrived in February; I sold it in June, for obvious platform-switch reasons. The family already owned Google Home, acquired for free but tucked in a closet. We put it back into service and bought Google Home Max. What a friggin’ ugly thing compared to HomePod. But what booming sound, and flexibility! Number of services supported is much larger, and core cloud capabilities are more contextually relevant.

Google Assistant is like having your very own Star Trek TOS (the original series) computer to answer questions and respond intelligently to commands. Siri still sucks, which sorry state really squashed HomePod’s appeal to our family beyond Apple Music streaming. Gimme brains before beauty, baby! Google’s got it, across devices—not just Home Max—while the fruit-logo company’s service rots on the tree.

Siri: Seriously Irritating Responses Incoming. Yeah, I just made that up.

Smartwatches
I owned Series 2 and 3 LTE Apple Watches before the great Google switch. The older one was a spare, which I sold earlier this month. My sister took ownership of the cellular model. She’s a runner who participates in Marathons (more as organizer as she ages), and Apple Watch is just what she needed to replace her Garmin wristwear.

Now she can bicycle or run without her iPhone but still be reachable by any means, including phone calls. She’s a software support supervisor for a national non-profit. When people need her, it’s usually for an emergency. And, of course, there are all the fitness-tracking features that better fit her more athletic lifestyle.

I am tired of being nagged by connected devices, and Apple Watch really annoys with its stupid badges. No one needs to reach me 24-7 anymore. Last month, I was undeservingly rewarded for my birthday with an automatic analog watch. I love the thing and don’t miss wearing something that needs daily charging.

Smart Televisions
I wondered what we would do about years of purchased movies and television shows from iTunes. As such, giving up Apple TV 4K didn’t seem like much of an option. But thanks to Disney-backed Movies Anywhere, the majority of our digital films are now consolidated from all sellers—Amazon, Apple, and Google. That’s how you handle copyrights! Because not all movie studios participate (yet), not all our purchased content is available. But there is way more than enough to reduce Apple TV’s role in the Wilcox household.

So what should be our streaming box, if not (arguably impressive) Apple TV? Short-term solution is returning to Android TV, which is built in to our 43-inch Sony Bravia 4K model X800D. Problem: The user interface is a friggin’ nightmare. I mean that literally. It’s like someone pulled together visual concepts and menus that came to the designer during a psychedelic drug trip. Bigger problem: Google fixed some of the visual and laggy performance problems in a newer version of Android TV, or so that appears to be the case with screenshots from the platform’s website. My Bravia is stuck on version 7—not v8 and certainly never v9.

Google sure makes Apple TV look lots more inviting. I have older models Amazon Fire TV and Roku Streaming Stick stored away. Both will be tested and compared during the week ahead. I’m pissed about Android TV, though. We bought the Bravia about 12 months ago for Android TV, which so severely sucks that someone should be canned for creating (and releasing) this thing. And, please, get them into a drug rehab program.

Wi-Fi Routers
I stopped using Apple AirPort ages ago. In September 2015, I purchased Google OnHub, and the TP-Link manufactured device has been the Wilcox family router since. OnHub fit nicely into the renewed Google lifestyle, but I was bothered by buzz about Wi-Fi router hacking that affects most every device from the majority of brands. More as a precaution, I purchased Google Wifi 3-pack about seven weeks ago. Oh! Apple killed off AirPort in late April of this year.

Smartphones
To close, I book-end the report by returning to iPhone X and Pixel 2 (for my wife as previously mentioned) and Pixel 2 XL (for me). Anne is an artist; she ranks about a minus one-hundred on the geek scale. So I watched with interest her going to the Google smartphone from the Apple. Physical size is similar, but screen is smaller and gives up some comparative resolution.

She adapted with little pain and no real complaint. She is super satisfied with the Pixel 2’s significantly longer battery life; several days between recharges. She finds the backside fingerprint reader to be superior method to Apple’s Face ID. She also is a fan of the notifications (as am I) and Google Assistant (me, also). Sync is smoother, too—and if Mrs. Non-Geek notices, then it must be.

I expected the Pixel 2 XL to be too large, after having been spoiled by iPhone X. But I readjusted quickly. I have no real complaints whatsoever. The phone is fantastic by all the measures that matter.

The built-in camera is exceptional for a device this class. Consistently, color is true and pixel for pixel is nearly indistinguishable from my Leica M10. The professional camera captures greater detail, but color, contrast, and dynamic range are similar—and that’s remarkable.

By contrast, no iPhone compares. The produced photos look good, but they tend to be punchier than what my eyes see. My poor (misogynist) analogy: the lovely, stereotypical girl next door as she is (Pixel phone) versus her face with makeup applied (iPhone).

That’s a wrap, until any individual reviews.