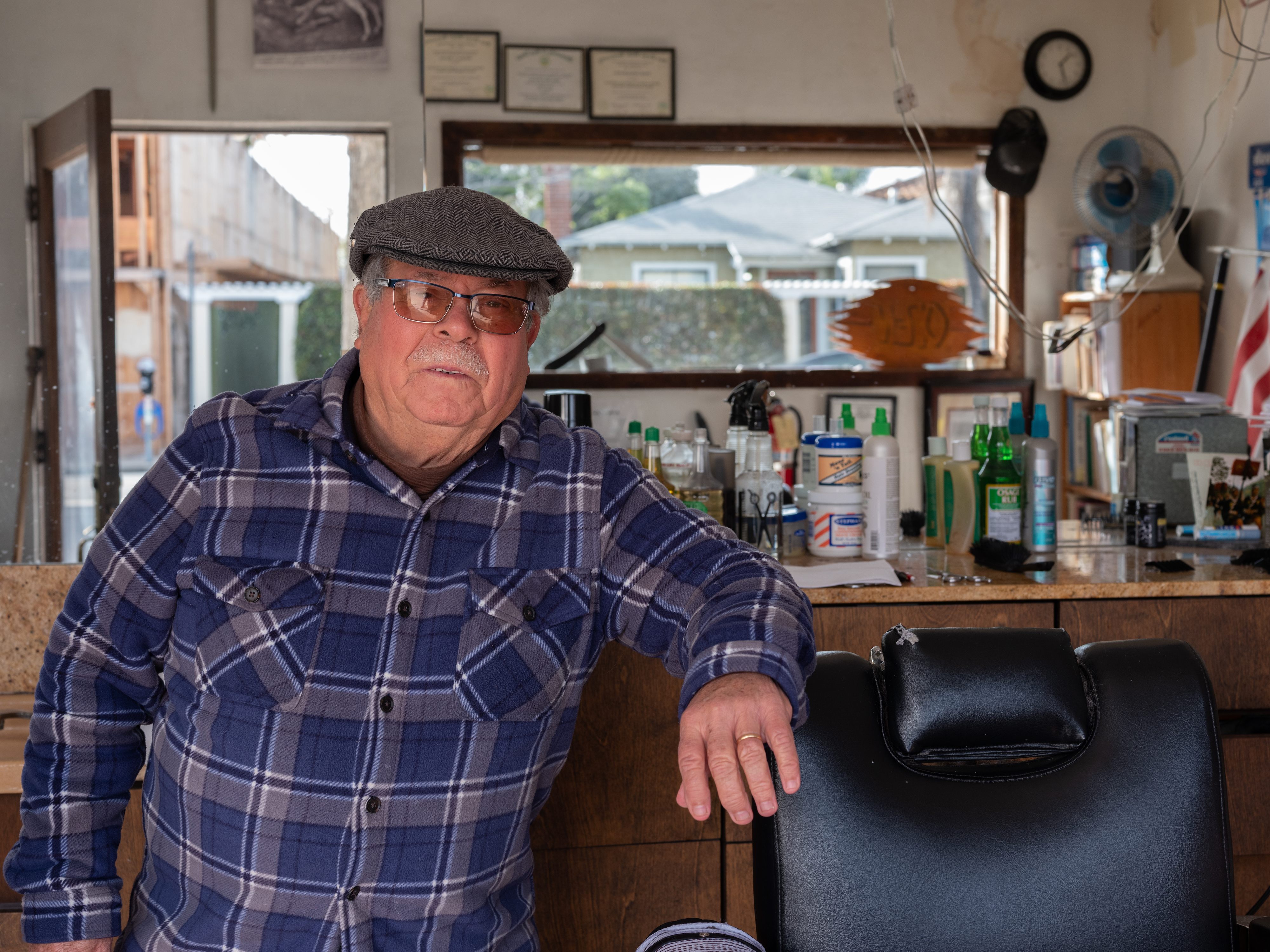 The Fujifilm GFX 50R is meant to replace Leica M10, with which I parted ways four months ago. The camera arrived yesterday afternoon, and I unboxed it last night—in disbelief. The thing is ginormous! Perhaps had I read PetaPixel story “How the Fujifilm GFX 50R Compares in Size to Popular Cameras“, my choice would have been different. The medium format shooter appealed for image quality, rangefinder-styling, and straightforward ergonomics—and all three attributes satisfy straight out of the box. I am pleased. But I don’t know about the size, though. I chose the GF63mmF2.8 R WR as my one—and so far only—lens for the GFX 50R. Applying the crop factor, the Fujinon glass is about 50mm, full-frame equivalent.

This morning, I grabbed the 50R, which is surprisingly comfortable to handle (rather than being cumbersome, as the bulk might suggest), for a photo walk. I arrived at Park Blvd and Monroe Avenue, in San Diego’s University Heights neighborhood, just as my barber opened shop. Explaining about the new camera, I asked to take his portrait, and he kindly obliged.

In taking the Barber of Seville’s portrait, I deliberately chose narrower aperture to increase depth of field and to ensure that all his important features would be fully focused. And are they! Take a look at the full-size image, which is slightly straightened and cropped. I also adjusted highlights so that the street window and door reflected in the wall mirror behind him are more visible. Did I edit unwisely? Surely, drawn out, the things could be viewed as distracting. I think that the reflections, along with barbering gear and other paraphernalia behind, add ambience.

BTW, I captured a night shot of the establishment’s sign nine years ago. It’s still there, still the same.