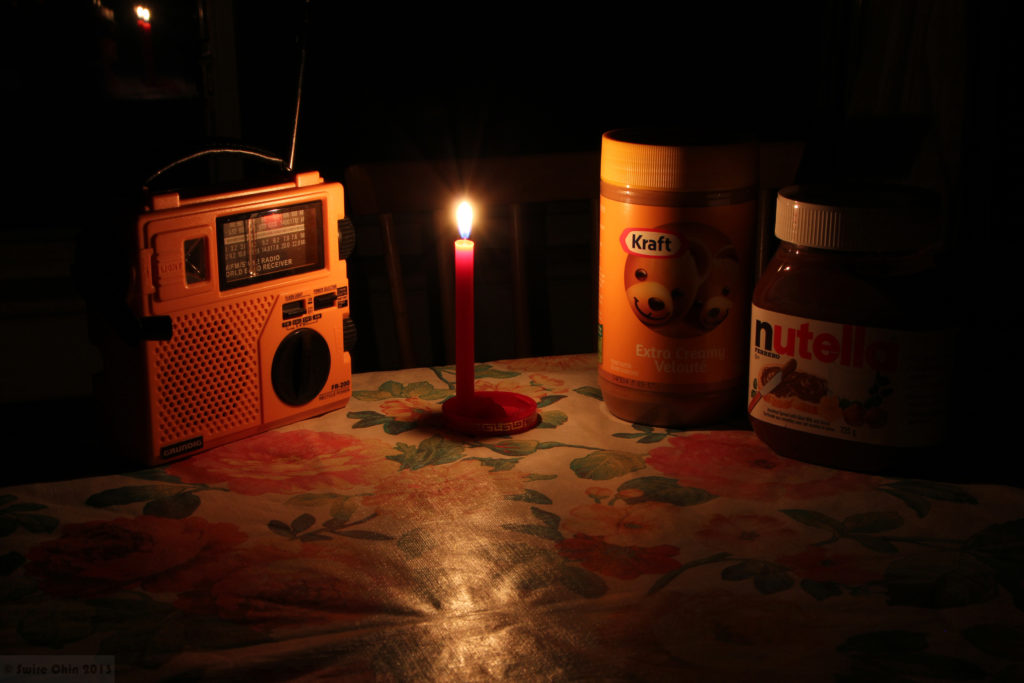 The photo snatches the Sunday spot for storytelling and for being interesting.

We lost power around 10:40 p.m. on 2013-12-21, soon after ice-encrusted tree branches started falling all over Southern Ontario, bringing down electric power lines and cutting power to 500,000 to 750,000 people in Toronto alone. This was taken at 7 a.m. on 2013-12-22 at breakfast time. My trusty little hand-crank radio was my only way of getting news about the weather and power situation.

Electric power to our home would not be restored for another 20 hours. And even by then, most of the other affected residents still didn’t have power yet. We lost power and heat for 29 hours, and we’re lucky already.

Originally from Hong Kong, Can Pac is a Canadian living in Toronto. He joined Flickr in August 2006 and remains active.