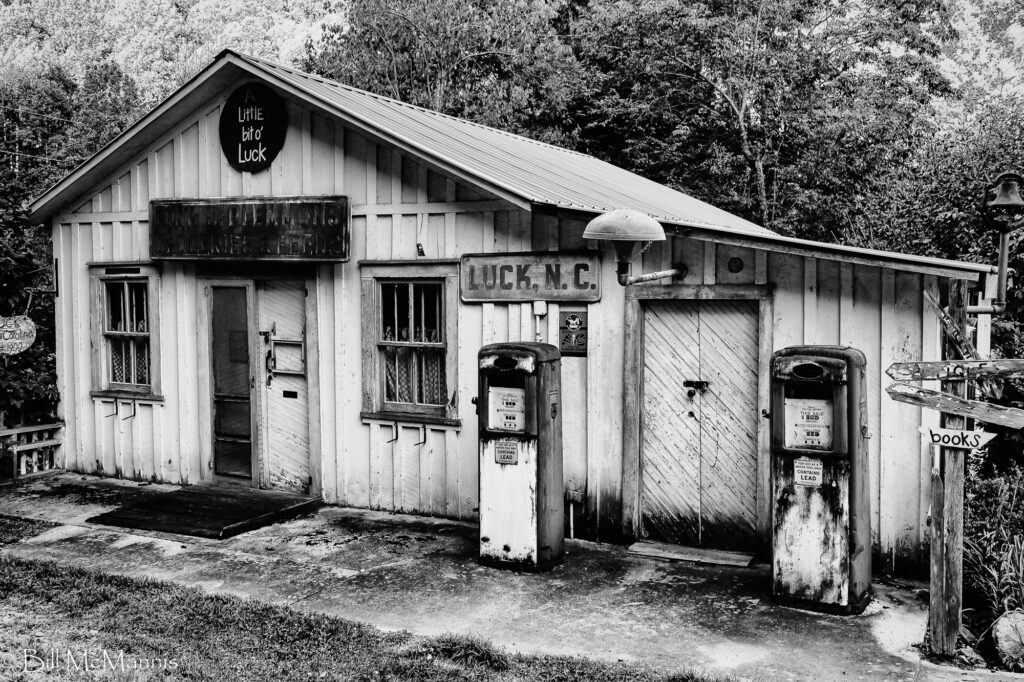 The first of two Friday the 13ths this year is opportunity to slip in an extra entry between the two regulars. Bill McMannis captured self-titled “The Luck Gas Station” on Aug. 5, 2017, using Canon EOS M and EF-M 22mm f/2 STM lens. He explains about the photo: “On NC 209 in Luck, North Carolina, is an old gas station that surprises travelers and is often photographed”.