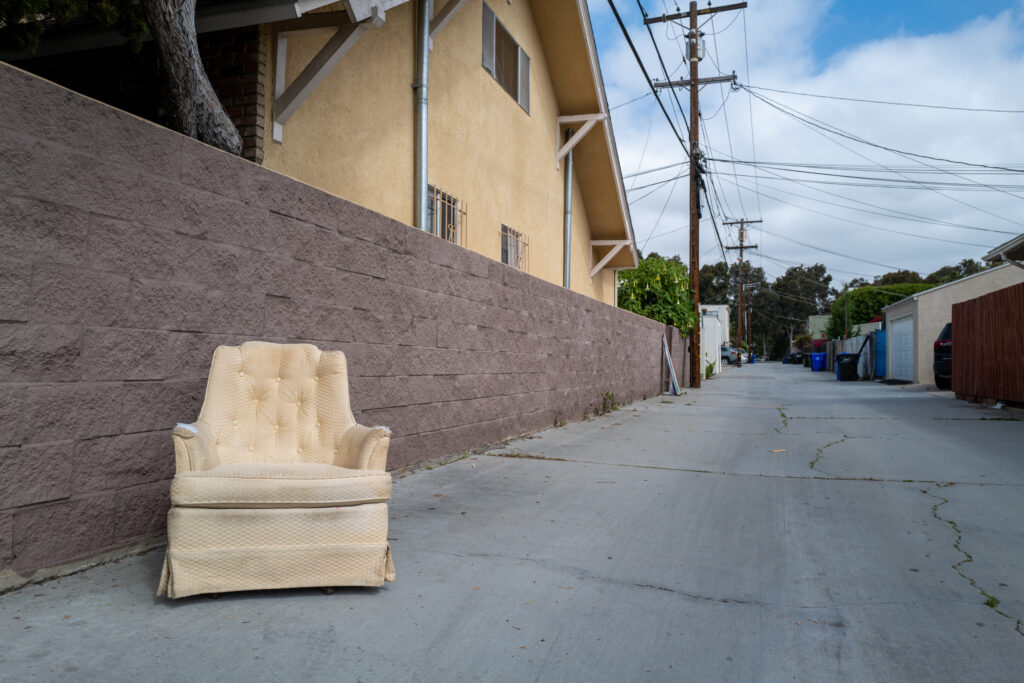 Today, the global number of SARS-CoV-2 (severe acute respiratory syndrome Coronavirus 2), also known as COVID-19, infections topped 1 million and 50,000 deaths. As I write, based on data collated by the Center for Systems Science and Engineering at Johns Hopkins University: 1,015,709 confirmed cases; 211,615 recovered; 53,069 dead.

One month ago, there were eight reported Novel Coronavirus cases in the United States. This moment, according to John Hopkins: 245,213. The dramatic rise is part increased testing, part exponential community spread of the virus. This USA Today headline, regarding April 1, makes the point better than I could: “More than 1,000 in US die in a single day from Coronavirus, doubling the worst daily death toll of the flu”. That number doesn’t include collateral casualties—people who, being treated for something else, might otherwise have lived if not for overwhelmed hospitals in hot zones like New York.

As the viral pandemic rages, its economic companion ravages shocked societies. In an effort to slowdown spread (e.g. “flatten the curve“), many countries—and most US states— have told citizens to “shelter in place” and ordered closure of the majority of businesses and all schools. Only operations deemed “essential” remain open. Suddenly, huge chunks of the workforce are furloughed or fired. According to the Department of Labor, for the week ending March 28, 2020, Americans made 6.6 million unemployment claims, which when added to March 21 filings brings the 14-day total to a shocking 10 million. 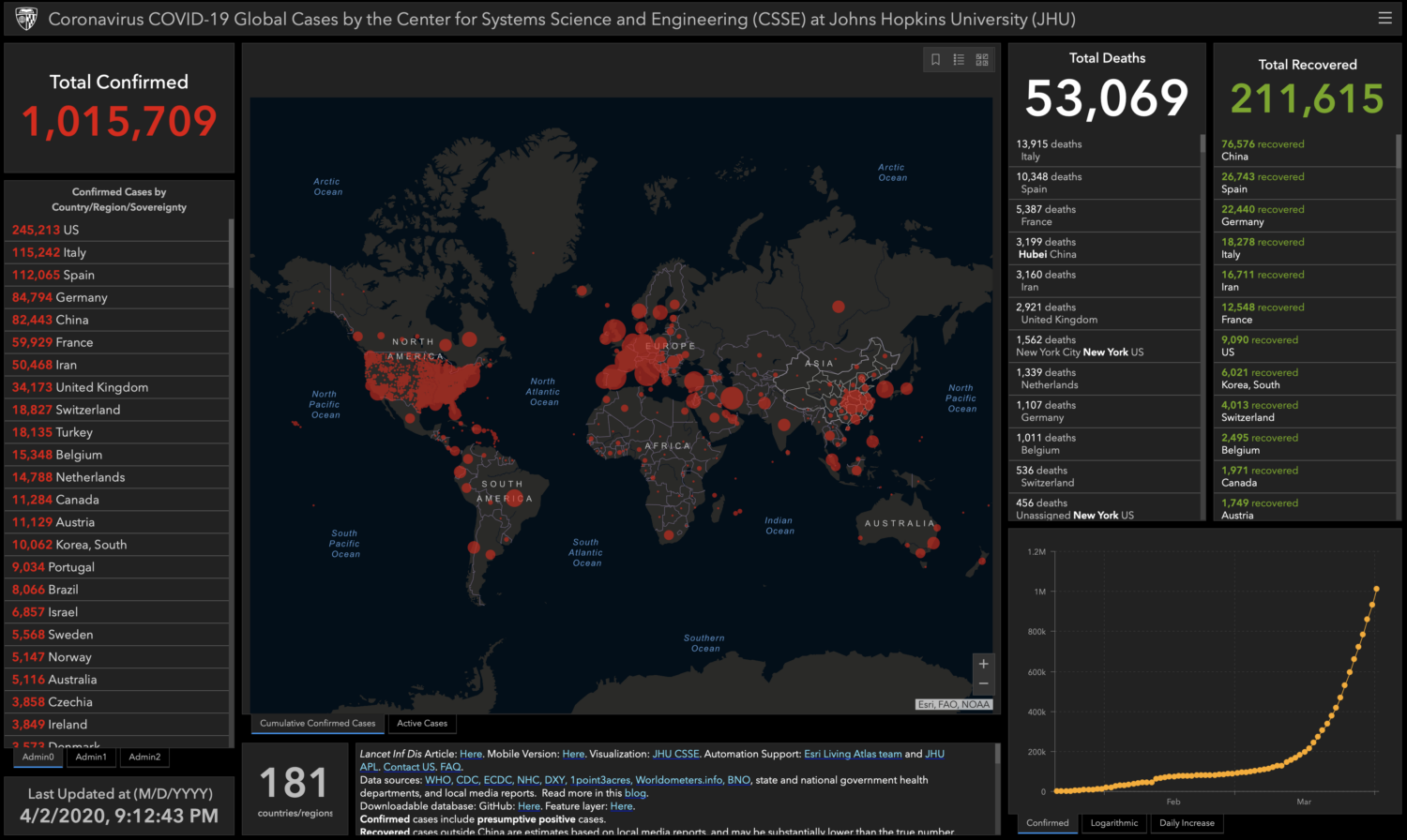 Millions of people, who otherwise would be working or going to school, are home. They’re instructed to stay there as much as possible—and when venturing out to practice so-called “social distancing“. I still walk for exercise but with new routine: No trips to the grocery store, which we would do a few times a week otherwise, and when walking avoiding anyone as much as possible. Best place to keep the distance are along alleys behind buildings. The areas are often grungy but spacious—and surprisingly homey, because of the tucked-away residences. Ssssh. There’s a secretiveness about their placement.

My San Diego neighborhood, University Heights, is like a post-apocalyptic ghost town. Sure, dog walkers, runners, and parents with kids can be seen moving about. But everyone avoids anyone else, often by crossing to the other side of the street when anybody approaches. Traffic, construction, and every-day living noise is so reduced that birdsong can be heard everywhere. The otherwise silence is eerie.

Typically, on weekends, garage and yard sales would be everywhere. There are none. Spring-cleaning residents also would discard items in the alleys, for foragers to grab. What’s that saying about one man’s garbage is another’s treasure? Pickings are few.

Alleys are apocalyptic adventures that replace my usual sojourns. As the Featured Image (warning: 27MB file) and its companions show, my new destinations require patience to discover anything interesting to see. (None of the photos is optimized; they’re deliberately large and may load a bit slowly.)

Let’s start with the chair, which, like others in the set, I captured using Leica Q2. Thursday is garbage day, and the trucks had already come through this alley when I walked there this morning. Location: Between Alabama and Florida at Madison. Vitals: f/5.6, ISO 100, 1/640 sec, 28mm; 10:35 a.m. PDT. While worn, and torn on the armrests, the recliner is in surprisingly good shape. I expect that someone will haul it away before my return tomorrow. 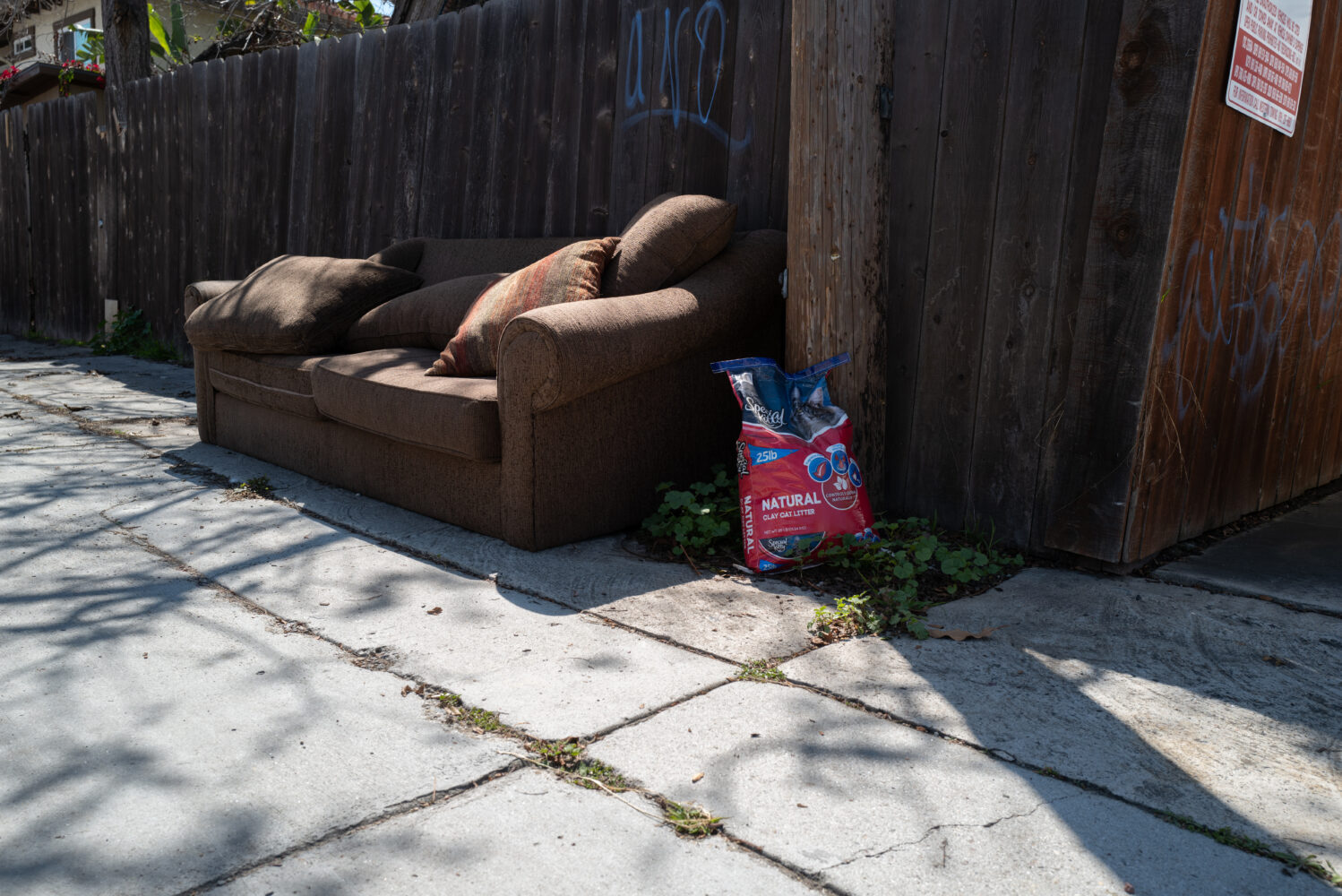 Same can’t be said of the sofa seen in the alley between Mississippi and Alabama near Adams. The abandoned furniture—and bag of cat litter—endured days of rain, which can’t be good for either. Both appeared in mid-March, but the photo is from the 27th. Next day, the litter had been taken. The couch remains still. Vitals: f/5.6, ISO 100, 1/250 sec, 28m; 2:08 p.m. 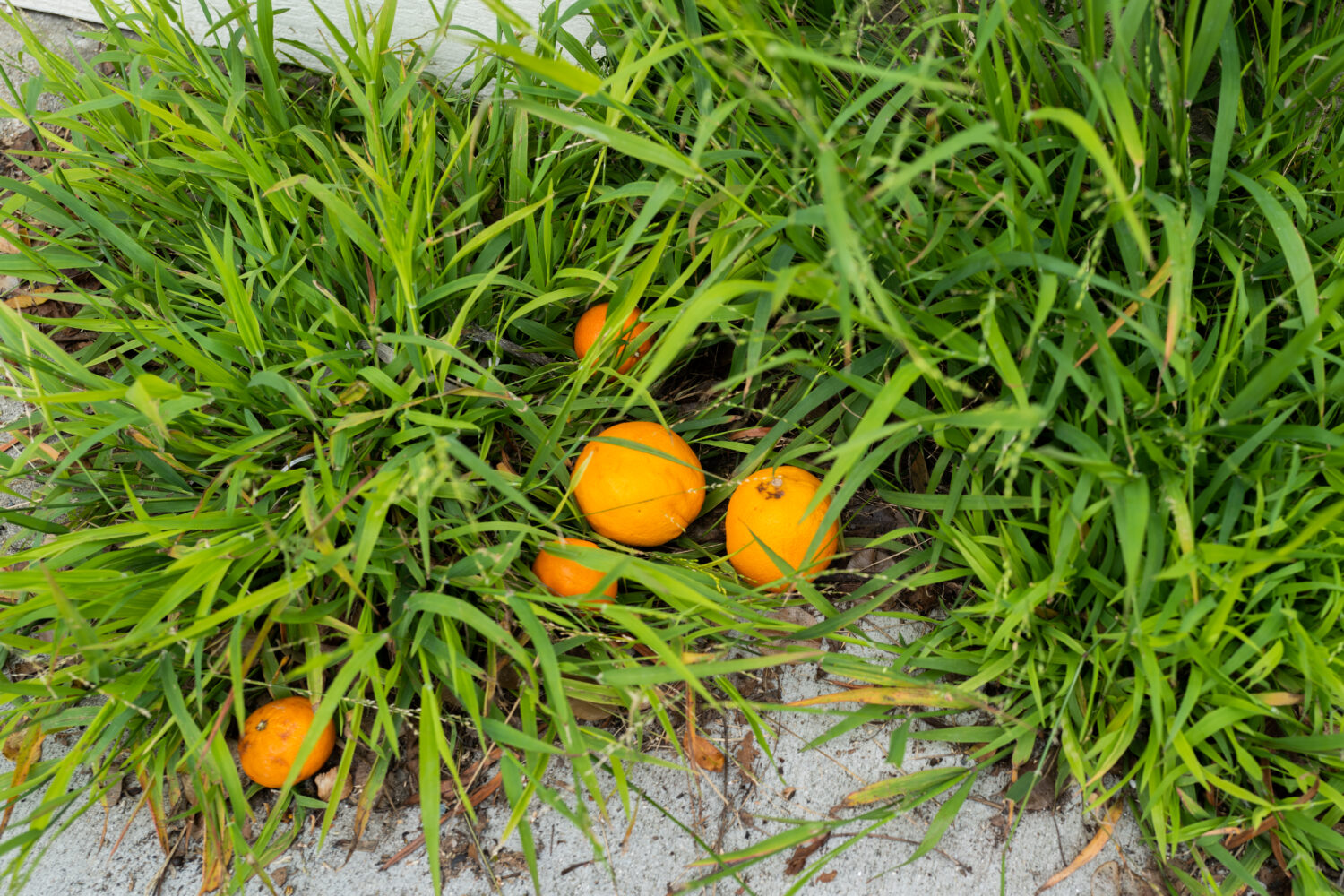 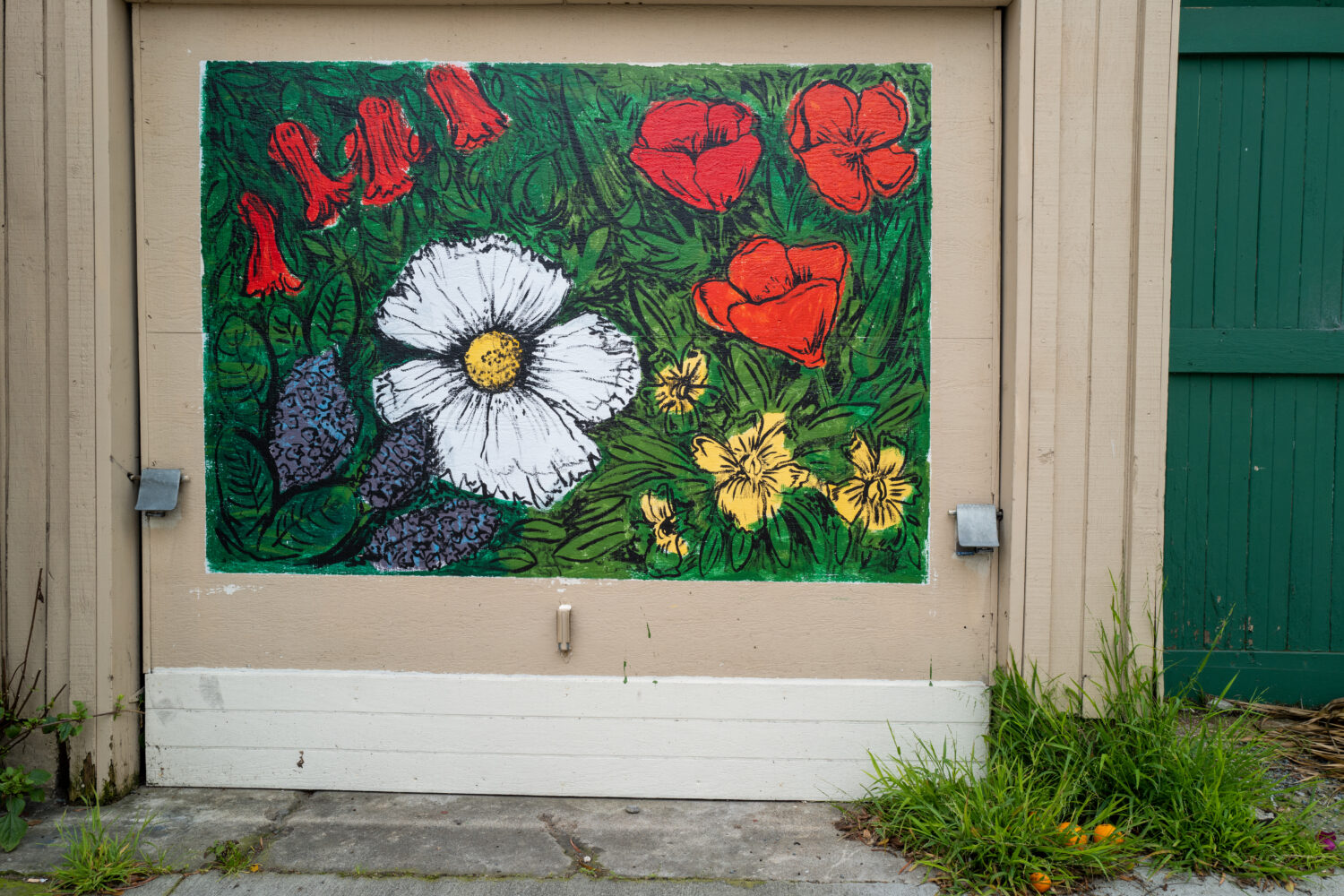 But their interest is context, which the last photo provides. The oranges are scattered together below the garage mural, to the right. Vitals: f/8, ISO 160, 1/125 sec, 28mm; one minute later. I can only guess why they were left, or for whom.